Feeling a little heated? It’s typically nothing to worry about ― especially if you’re sick. However, other issues can cause your temperature to rise.

A normal body temp is typically around 98.6 degrees Fahrenheit (37 degrees Celsius) but can vary slightly for each individual, and even fluctuate depending on the time of day.

“It can be lower in the morning and higher in the late afternoon and evening,” said Michael Hall, a physician based in Miami. But when your temperature gets to 100.4 degrees Fahrenheit or higher, and lasts more than a few hours, you’re getting into fever territory ― something that can be caused by a number of conditions.

“Most of my patients understand that a fever is a common symptom of cold and flu,” said Christopher Dietz, an area medical director at MedExpress Urgent Care. “However, what some people might not realize is that a fever isn’t always just a sign that you’re coming down with something.”

Here’s what could also be at play, according to medical experts: 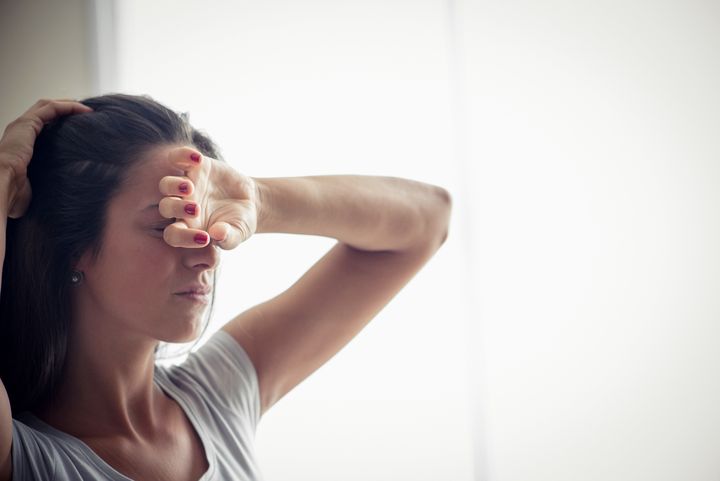 If you are looking for the reason behind your elevated temperature, start here. Experts note that infections are commonly associated with a fever.

“When the immune system detects a threat such as bacteria or virus, a substance known as pyrogens is released into the bloodstream to reach the hypothalamus, which regulates body temperature,” said Diana Gall, a general practitioner with Doctor4U in the U.K. “When the hypothalamus detects pyrogens, it raises body temperature and causes fever in an attempt to kill off bacteria and viruses.”

She noted that a high fever is one of the ways your body is responding and fighting the infection ― “but a body temperature that is too high can also be dangerous.”

“If the fever is persistent and isn’t coming down with home remedies, you should see a doctor, particularly if the fever is accompanied by a severe headache, difficulty breathing, blood in your urine or stool, redness of the skin or rash, or vomiting, etc. The infection may be serious and your body temperature may not reduce without medical treatment,” she said.

Hot outdoor temperatures and “internal heat generation from exercise and mechanical movement of the body can heat you up,” said Phil Mitchell, national medical director at DispatchHealth.

Under normal circumstances, your body will function well enough to cool you down through sweating and dilation of blood vessels. But if these basic systems are overcome and you cannot cool down, your body will continue to increase in temperature.

This typically does not happen from exercise alone, but exertion in a hot environment can cause this under the right circumstances, Mitchell said. He noted that you should immediately remove yourself from the heat and try other methods to cool your body down if this is the case.

Heatstroke can occur if heat exhaustion is not treated promptly. “You need immediate medical attention if you become confused, lose consciousness or if you have an elevated temperature in this situation,” said Steven Reisman, a cardiologist and director of New York Cardiac Diagnostic Center.

Vaccines to prevent a bacterial or viral infection prepare your body to come in contact with that infection later, said Erik A. Larsen, assistant director of EMS and emergency preparedness at White Plains Hospital in New York’s Westchester County.

“So when you get the vaccine, your body’s immune response is stimulated and the body says, ‘Whoa, what is this?’ It then mounts a fever,” he said.

Larsen added that when you get a vaccine, you’re not really invaded by an active infection, but it tips your body off that sometime in the future you may come across this. 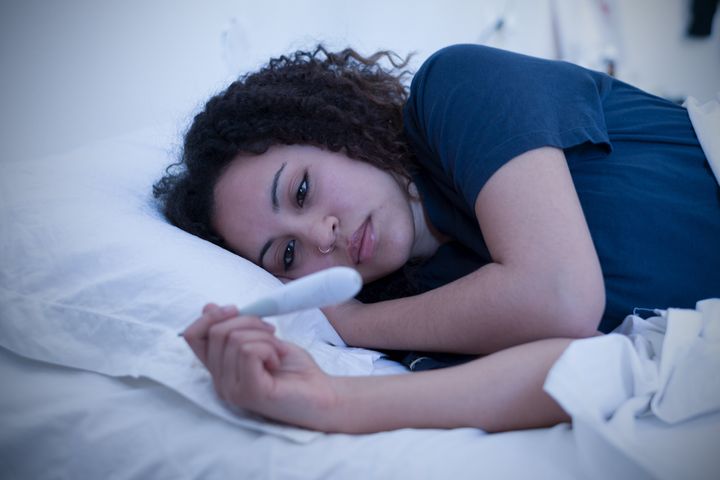 “Low-grade fevers can occur during the first few days of alcohol withdrawal as the central nervous system, which has been suppressed by alcohol, readjusts,” said Holly Phillips, a board-certified general internist in New York and a medical expert for RxSaver.

“The body is reacting to the loss of not receiving alcohol, which creates muscle contractions. This makes the body shake like a tremor, and it raises the body’s temperature,” he said.

Certain inflammatory conditions, like rheumatoid arthritis and lupus, can cause fevers, said Lisa Alex, a physician at Medical Offices of Manhattan. This also occurs because the body is producing pyrogens, which raises your temperature. So if you have underlying inflammatory conditions and have a flare-up of any sort, the result may be a fever.

“Many medications like antibiotics [and] antimalarials can also cause drug-induced fever. Anticonvulsants and some herbal medications can also do the trick,” said Soma Mandal, a New Jersey-based physician.

You should monitor your body’s reaction when taking any new medication.

“Look for a fever that starts a week after starting a new medication and goes away once you stop taking the drug,” said J. David Gatz, an assistant medical director of the emergency department at the University of Maryland Medical Center.

Blood clots are an under-discussed source of fevers, according to Nate Favini, medical lead at preventative primary care service Forward.

“If you’re experiencing fever along with pain, swelling and redness in your leg or shortness of breath, that could be a sign of a blood clot,” he said.

“While rare, several of my patients have had fever and flu-like symptoms every month at the start of their periods, likely due to severe pelvic inflammation caused by chronic bleeding into the stomach from wide-spread endometriosis,” said Kenneth Ward, director of Predictive Laboratories and a scientific advisor for Predictive Technology Group in Salt Lake City.

If you experience this, Ward suggested making an appointment with your physician to get screened for the condition. Additional symptoms can include debilitating cramps during your period or pain with sex, urination or bowel movements.

If you’ve recently gone under the knife, especially for a chest or abdominal procedure, you may experience an elevation in temperature in the days to follow, known as postoperative fever.

“The body produces inflammatory proteins in response to the trauma surgery … This causes fever as a reaction for the first few days post-operatively,” said Laurence Gerlis, CEO and lead clinician at SameDayDoctor in London.

Studies show that this is a common side effect from surgeries, with up to 90% of patients reporting elevated temperature after the fact. In most cases, this resolves on its own.

Fevers could also be a side effect to anesthesia, although that’s more rare, said Erin Nance, an orthopedic surgeon and hand and upper extremity specialist in New York. This is called malignant hyperthermia.

When this happens, according to Nance, it’s because of your body’s response to common anesthetic agents used during surgery. This can present as a high fever, muscle rigidity and rapid heart rate. The condition can be fatal and is treated with a medication called Dantrolene and ice packs.

“If you have a family history of malignant hyperthermia, it is critical to tell your anesthesiologist before proceeding with surgery,” she said.

Rina Allawh, a board-certified dermatologist with Montgomery Dermatology LLC in Pennsylvania, said that certain sexually transmitted infections may cause a higher-than-normal temperature.

“Initially, syphilis presents with a non-tender chancre (i.e. an ulcer). However, if left untreated, may result in high fevers, joint pain, lymph node enlargement and fatigue,” he said.

Gonorrhea, if left untreated, may result in high fevers associated with a rash, Allawh said. To prevent life-threatening consequences, prompt recognition and treatment of the condition is essential, he said. Additionally, “practicing safe sexual practices and sexual-transmitted disease testing” is equally as important.

Traveling to another country

Depending on the area of travel, a rise in body temperature can often be attributed to tropical bacteria and protozoa not often seen in developed countries, said Amna Husain, a board certified pediatrician and founder of Pure Direct Pediatric in New Jersey.

“For this reason, I recommend travelers consult with their physicians and refer to the (Centers for Disease Control) guidelines for safe food and water recommendations,” she said. 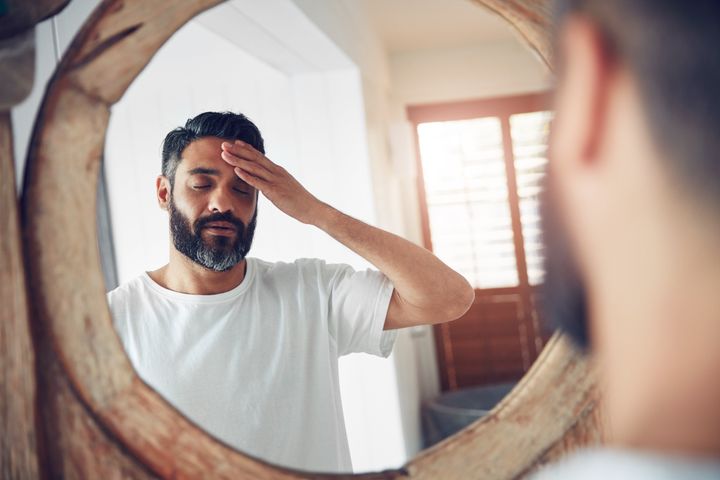 “Hyperthyroidism itself does not cause a fever, but we can see a very dangerous and fatal disorder associated with a large influx of thyroid hormone into the body called a ‘thyroid storm,’ which does have fever, along with rapid heartbeat, fluctuations in blood pressure, and tremors associated with it,” Husain said.

She noted that thyroid storm can occur because of a major stressor such as trauma, heart attack, delivery of a baby or because of an infection in people with uncontrolled hyperthyroidism.

“In rare cases, it can be caused by treatment of hyperthyroidism with radioactive iodine therapy for Graves disease,” she said.

Hormonal changes that occur during menopause can also cause you to feel warmer than normal, which are typically known as hot flashes.

Keep in mind that a fever isn’t necessarily the first sign or a major sign of cancer. However, it could be one of many symptoms.

“Several cancers are associated with fever, which are most commonly leukemias and lymphomas, although other cancers can cause this as well,” said Timothy S. Pardee, chief medical officer at Rafael Pharmaceuticals and an oncologist and director of Leukemia Translational Research at Wake Forest Baptist Health in North Carolina.

Pardee said this occurs because, in some cases, cancer cells create an inflammatory response, which then causes the body to respond with a fever. In other cases, the cancer cells themselves secrete cytokines ― or substances in the body ― that can cause a fever. And, according to Pardee, cancers like leukemia can impair your body’s ability to fight off infections resulting in prolonged illnesses and fevers.

“Additional symptoms to look for are unintended weight loss and drenching night sweats (where you have to change your shirt or sheets when you wake up). These symptoms should prompt a call to your doctor for further evaluation,” he added.

When you should be concerned about a fever

“A fever may not be cause for alarm, unless there are some specific situations,” said David Cutler, a family medicine physician at Providence Saint John’s Health Center in Santa Monica, California.

He added that “medication to reduce fever when there is an infection like a cold, flu or pneumonia can help minimize bothersome symptoms like headache, body aches and dehydration from excessive sweating.”

But if the fever is caused by hormonal effects, such as menopausal hot flashes or muscular activity like strenuous exercise, these medications will not be effective. In these instances, Cutler said to use measures like cooling fans to lower the body’s temperature.

According to Amesh A. Adalja, senior scholar at Johns Hopkins Center for Health Security in Maryland, “a person should be concerned for fever above 101 degrees Fahrenheit (38.3 degrees Celsius) when it is unremitting, when it is associated with other symptoms such as dehydration, extreme fatigue, shortness of breath and severe rash.”

Additionally, someone suffering who has a compromised immune system should have a low threshold for seeking medical attention. Same goes for those who are pregnant, have heart or lung disease, or who are very young, he said.

That said, if you’re ever concerned about a fever, it’s always worth it to call your doctor. That’s what they’re there for, after all.

The most effective treatments for lower back pain