Myka opened up about the experience in a new video, titled, “an update on our family.” In it, Myka and her husband James said they decided to “rehome” their son Huxley, who they adopted three years ago from China.

Huxley has autism, and Myka says that she and James didn’t know what it would really be like to take care of him.

“Once Huxley came home, there was a lot more special needs that we weren’t aware of, and that we were not told,” James said in the video. “For us, it’s been really hard hearing from the medical professionals, a lot of their feedback, and things that have been upsetting. We’ve never wanted to be in this position. And we’ve been trying to get his needs met and help him out as much as possible… We truly love him.” 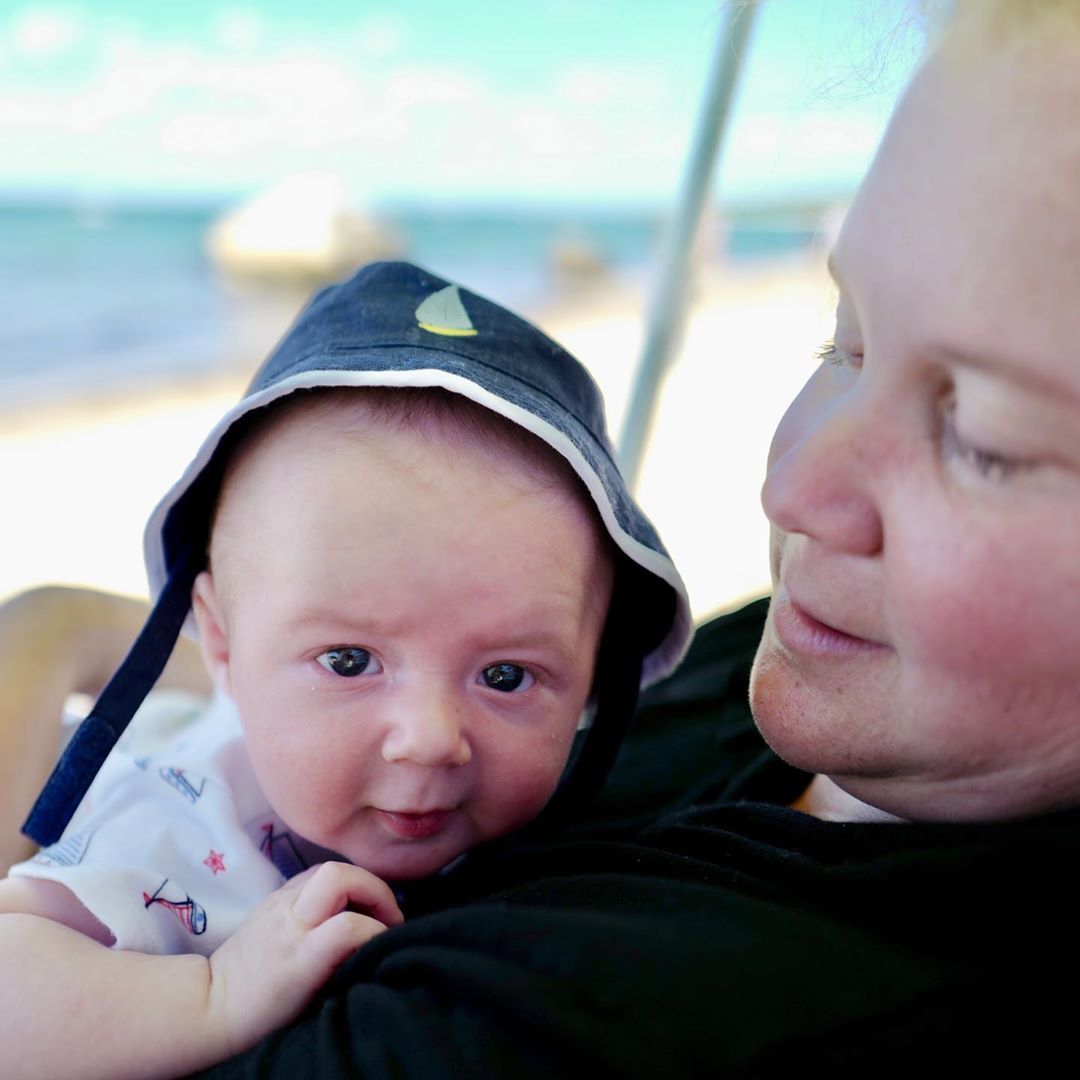 Myka doubled down on James’ comments. “There’s not an ounce of our body that doesn’t love Huxley with all of our being,” she said, tearing up. “There wasn’t a minute that I didn’t try our hardest and I think what Jim is trying to say is that after multiple assessments, after multiple evaluations, numerous medical professionals have felt that he needed a different fit and that his medical needs, he needed more.”

Myka made it clear that this has not been easy on her family. “Do I feel like a failure as a mom? Like, 500 percent,” she said. But Myka added that Huxley is now living with a new family in a “forever home.”

“The last couple months have been like the hardest thing I could have ever imagined to going to choosing to do because ultimately, after pouring our guts and our heart into this little boy,” she said. “He is thriving, he is happy, he is doing really well, and his new mommy has medical professional training, and it is a very good fit.”

Myka and James have four other children and, on Wednesday, Myka updated her Twitter bio to say that she only has four children. People weren’t impressed.

“My heart breaks for that poor boy,” one person wrote in the comments of the YouTube video. “I’m sorry but you did fail as a mum. You wouldn’t have given up your own child,” another said.

Myka hasn’t addressed the criticism yet, but she and James said in their video that they wouldn’t talk about publicly the situation any more.

Merkel warns Germans of a ‘difficult winter’ as virus surges