CHICAGO — The American Medical Association (AMA) discussed the issue of racial reparations ahead of its annual House of Delegates meeting this week. 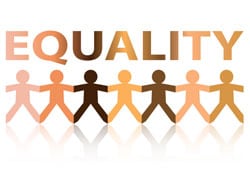 “This is about reparative justice,” emergency medicine resident Sophia Spadafore, MD, said on behalf of the Resident and Fellow Section in a reference committee hearing June 11. “We also have to recognize that in 175 years, the AMA has not always been on the right side of this issue and it’s time for us to look into ways to repair that and to repair our relationship with this community.”

The House of Delegates voted June 13 to refer the resolution for further clarification rather than immediately adopt it.

Some delegates were concerned that the study of national reparations is beyond the AMA’s responsibility.

“Some of the directives seem a little bit redundant to us,” said Illinois neurosurgeon Ann Stroink, MD, on behalf of the Council of Legislation. “It appears that the AMA is being asked to do what we think federal legislation would accomplish.”

Ophthalmologist Charles Hickey, MD, speaking for the Ohio delegation, said the question of national reparations is outside the scope of the AMA, but supported studying “actions that our AMA itself took that were racist and discriminatory in nature.”

“What did the AMA do and what sort of steps should be taken to make amends for having wronged people by our own institution?” Hickey said.

“Past Wrongs” Do Affect Health

Ophthalmologist Grayson Armstrong, MD, MPH, of the New England delegation, said the study of national reparations is broad, but “we would also say that many of the past wrongs to many minority populations do affect health. Reparations on a national level, not just within the AMA but outside the AMA, could have a positive impact on patients’ health nationwide.”

The resolution’s authors wrote, “Many healthcare disparities that exist today can be attributed to exploitative structural policies targeting minorities, especially the Black community, including disproportionate rates of incarceration, residential segregation, and unfair labor and employment policies.”

Stress related to those struggles as well as racism, community violence, and poverty can lead to high-risk behavior, disease, and early death in minority children.

The authors also wrote: “The Black community is severely underrepresented in medicine, due to many societal barriers for success and the closure of all but two predominantly Black medical schools after the 1910 publication of the Flexner Report.”

The Flexner Report is an influential report on medical education that is criticized for encouraging systemic racism in the medical field.

The AMA itself historically refused to adopt a policy of nondiscrimination, and in July 2008 the late Ronald Davis, MD, then president of the AMA, issued an apology on behalf of the organization.

“This is simply asking for study. It’s asking for data, which everyone should want and be in support of,” she said.

Alison Sherwood is a Chicago-based freelance journalist. She previously worked as a multimedia journalist and features writer and editor for the Milwaukee Journal Sentinel, where she was part of a team that won the Pulitzer Prize for explanatory reporting.

The Magic Of The Dead Sea On Psoriasis Patients