When it comes to replenishing muscles after exercise, sports energy bars and drinks are no better than cheap, carb-rich foods, such as potato pancakes, hash browns, and fries, a new study suggests. 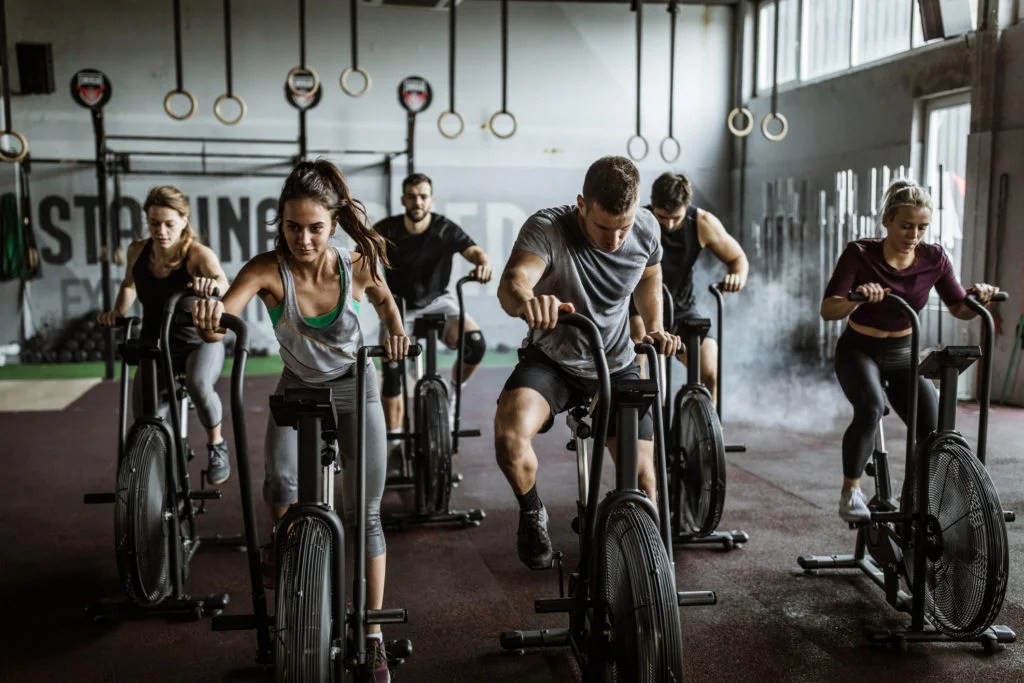 The manufacturers of sports energy bars and drinks market them as providing an “edge” for amateur and professional athletes.

The implicit claim is that their products are better than relatively cheap, ordinary snacks at restoring energy levels after exercise and maximizing athletic performance.

Now, however, research at the University of Montana (UM) in Missoula has cast doubt on this claim.

“Athletes are vulnerable to strategic marketing. We are easily swayed,” says Prof. Brent Ruby, a former endurance athlete and director of UM’s Montana Center for Work Physiology and Exercise Metabolism.

Prof. Ruby led the study, which features in the European Journal of Applied Physiology.

In the lab, the researchers pitted sports energy bars and drinks against potato-based snacks. The latter were potato pancakes and syrup, gnocchi and pasta sauce, hash browns and apple sauce, and fries.

The scientists measured the ability of the two types of food to replenish energy stores in volunteers’ skeletal muscle and sustain their performance in a time trial.

Muscles use the polysaccharide glycogen to store energy. During periods of intense activity, the muscles break down this glycogen to make glucose, which they use as fuel.

Sports scientists have found that the amount of stored glycogen in muscle helps determine performance in aerobic exercise, which includes cycling, swimming, and running.

In the new study, the participants rode a cycle ergometer, which is a high-tech exercise bike that takes measurements, such as oxygen consumption and power output.

The participants fasted for 12 hours before each session and abstained from exercise, alcohol, and caffeine for the previous 24 hours. In each session, they completed a glycogen depletion ride and then, after a 4-hour recovery period, a 20-kilometer (km) time trial.

The experiment used a “crossover design,” whereby, during the recovery period, each participant ate only sports energy bars and drinks at one session and only potato-based foods at the other.

They ate one snack immediately after the glycogen depletion ride and another 2 hours later.

The aim of the intensive 90-minute glycogen depletion ride was to run down glycogen stores in the volunteers’ muscles.

After the recovery period and snacks, each volunteer cycled a 20-km time trial, completing it as quickly as possible.

The researchers took muscle biopsies from each participant at the start and end of the recovery period to measure the glycogen levels. They did this using the percutaneous biopsy needle technique and suction.

They also drew blood samples before and after each snack and just ahead of the time trial.

The scientists found no significant differences between the two diets.

Potato-based snacks replenished glycogen in the muscles as efficiently as the sports supplements. There was also no significant difference in performance on the time trial.

“Endurance athletes love to talk about how hard they train and how special their diet is,” says Prof. Ruby. “But we need to take a deep breath. It doesn’t have to be complicated. As long as you are getting adequate carbohydrates, your diet can be as diverse as you want it to be.”

In addition, the two diets were just as efficient at replenishing glycogen in females as in males.

This finding contradicts advice from other sports scientists that female athletes have unique dietary requirements during their recovery from exercise.

In their paper, the researchers conclude that “consumers and athletes should be wary of sex-specific marketing related to carbohydrate-rich recovery products.”

The research did identify one clear advantage of potato-based snacks in comparison with sports supplements. In a questionnaire, the volunteers rated them as more tasty and satisfying.

Eating after exercise is important to restore energy levels. The authors point to evidence suggesting that many athletes, and female athletes in particular, generally consume less than the recommended amounts of carbohydrate.

“The positive questionnaire ratings for [potato-based products] as compared to [sports supplements] indicate that it could be easier and more agreeable for athletes to consider commonplace foods rather than exclusively consume commercial products marketed as sport-specific recovery products. […] If athletes are encouraged to consume a variety of foods they enjoy, the likelihood of carbohydrate compliance and sustainable dietary design may be enhanced.”

Another possible advantage of ordinary foods is that they may have a lower glycemic index than sports supplements, meaning that they will increase blood glucose more slowly.

Experts generally consider foods with a lower glycemic index to be more healthful.

In this study, the sports supplements elicited a significantly larger increase in blood glucose and insulin half an hour after the second snack.

The researchers say that this may be because the potato-based food had a higher fiber content.

In addition, a higher proportion of the calories in the sports supplements came from drinks. The body absorbs the sugar in drinks into the bloodstream more quickly than sugar in food.

Limitations of the study

The study does have some limitations. For instance, the volunteers fasted before the glycogen depletion ride. The researchers concede that this may mean that their results do not reflect physiological changes in the real world.

The Alliance for Potato Research & Education funded the study, so another limitation is that it only compared sports supplements with potato-based foods.

Other relatively cheap, starchy foods, such as bread, pasta, rice, and oats, may be just as good as potato at replenishing glycogen in the muscles after exercise. However, scientists will need to carry out more research to confirm these findings.