Tocilizumab, sold under the brand names RoAcemtra and Actemra, is a medication with anti-inflammatory properties that scientists believe can control the immune system’s overreaction to the virus.

Patients given doses of the drug cut their risk of dying in half in comparison with those who didn’t receive the therapy.

With no treatments approved – aside from emergency use authorization – specifically for the virus, there is a pressing need to test both existing medicines and experimental therapies to stop the disease, which has killed more than 107,000 Americans, in its tracks. 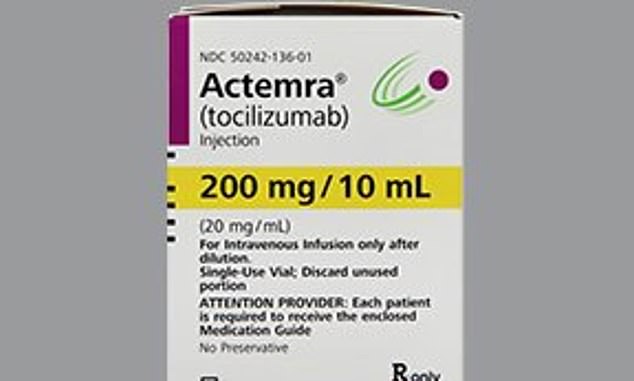 In a new study, half of 154 coronavirus patients on ventilators received doses of tocilizumab (pictured), a drug used to treat rheumatoid arthritis 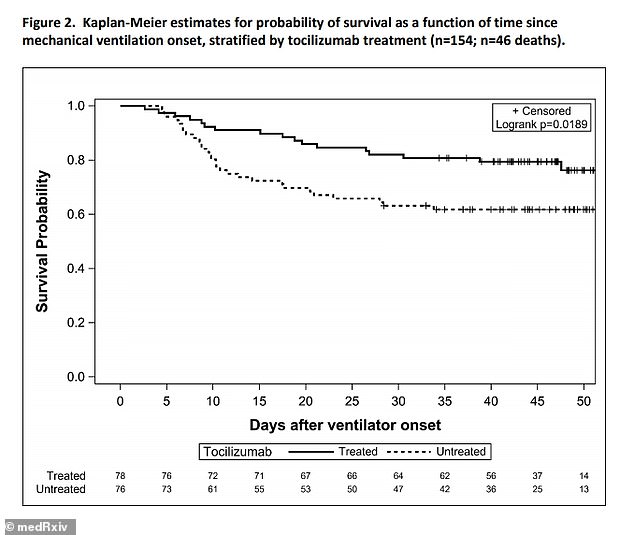 Patients given the drug were 45 percent less likely to die than those who hadn’t (above), with researchers believing it mitigates cytokine storms

Tocilizumab belongs to a class of drugs called interleukin-6 (IL-6) inhibitors that could help mitigate a dangerous overreaction to the virus by the body’s immune system called a cytokine storm.

These so-called storms occur when the body doesn’t just fight off the virus but also attacks its own cells and tissues.

In cases of COVID-19, the disease caused by the virus, cytokine storms can trigger respiratory distress, which can lead to mult-system organ failure and death.

Currently, tocilizumab is not approved by the US Food and Drug Administration for use in coronavirus patients.

For the study, published on pre-print site medRxiv.org, the team looked at 154 intubated patients at Michigan Medicine.

Seventy-eight of the patients were given tocilizumab and the remaining 76 did not receive the treatment.

Results showed that patients who received the arthritis drug had a 45 percent lower likelihood of death.

The researchers note however that the group receiving treatment was younger and less likely to be suffering from underlying pulmonary disease.

However, the activity of blocking IL-6 lead to a greater risk of infections, with 54 percent of the treatment group developing a further bacterial lung infection, also known as a superinfection. 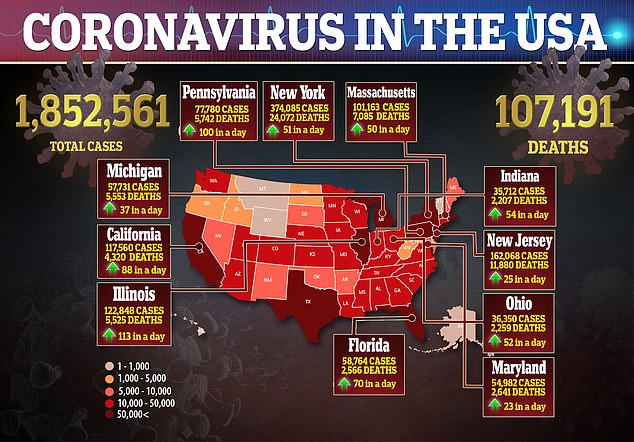 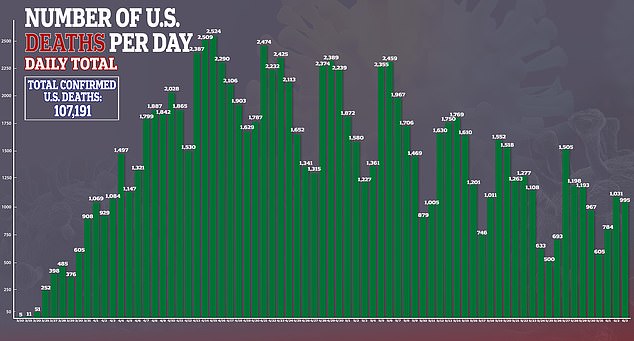 Superinfections often occur after previously infected cells get infected with a different strain of the virus, or another virus.

They also occur after a round of antibiotic treatment reduces the body’s natural microbiome, allowing new pathogens to grow and cause a new infection.

Luckily, superinfections did not increase the risk of death in these patients.

The results come one month after a study from Paris Public Hospitals showed that patients given the arthritis drug were less likely to die and less likely to need life support in comparison with a control group. 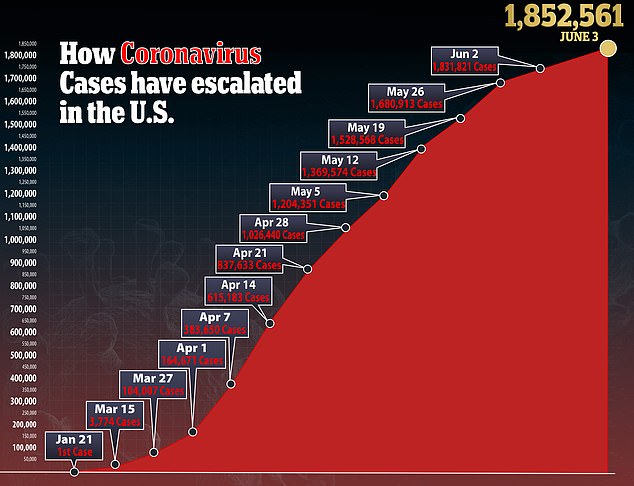