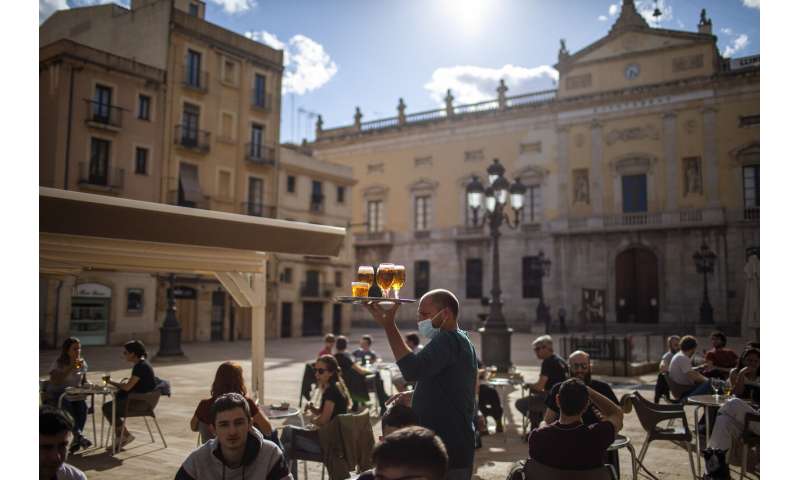 A top world health official Monday warned that countries are essentially driving blind in reopening their economies without setting up strong contact tracing to beat back flare-ups of the coronavirus.

The warning came as France and Belgium emerged from lockdowns, the Netherlands sent children back to school, and many U.S. states pressed ahead by lifting business restrictions. Tesla CEO Elon Musk announced the company’s 10,000-worker electric car factory near San Francisco was operating Monday in defiance of coronavirus health orders that closed nonessential businesses.

Authorities have cautioned that the scourge could come back with a vengeance without widespread testing and tracing of infected people’s contacts with others.

Fears of infection spikes in countries that have loosened up came true in recent days in Germany, where new clusters were linked to three slaughterhouses; in Wuhan, the Chinese city where the crisis started; and in South Korea, where 85 new cases were linked to nightclubs that reopened after anti-virus measures were eased.

The World Health Organization’s emergencies chief, Dr. Michael Ryan, said that robust contact tracing measures adopted by Germany and South Korea provide hope that those countries can detect and stop virus clusters before they get out of control.

But he said other nations exiting lockdowns have not effectively employed contact tracing investigators who contact people who test positive, track down their contacts and get them into quarantine before they can spread the virus. The coronavirus can spread before people feel sick, making it important to act quickly. Ryan declined to name specific countries.

“Shutting your eyes and trying to drive through this blind is about as silly an equation as I’ve seen,” Ryan said. “And I’m really concerned that certain countries are setting themselves up for some seriously blind driving over the next few months.”

At the White House, President Donald Trump declared: “We have met the moment, and we have prevailed.” He said later that he was referring to virus testing and insisted all Americans who want tests can get them even though experts say that capacity does not exist.

Only on Monday did his administration say it believed it had enough tests for a nationwide testing campaign to address significant death rates in nursing homes and other senior care facilities.

Worldwide, the virus has infected a confirmed 4.1 million people and killed more than 285,000, including over 150,000 in Europe and 80,000 in the U.S., according to a tally by Johns Hopkins University. Experts believe those numbers understate the outbreak’s true toll.

More than 10,000 people are involved in contact tracing in Germany, a country of 83 million, or about one-quarter the size of the United States. 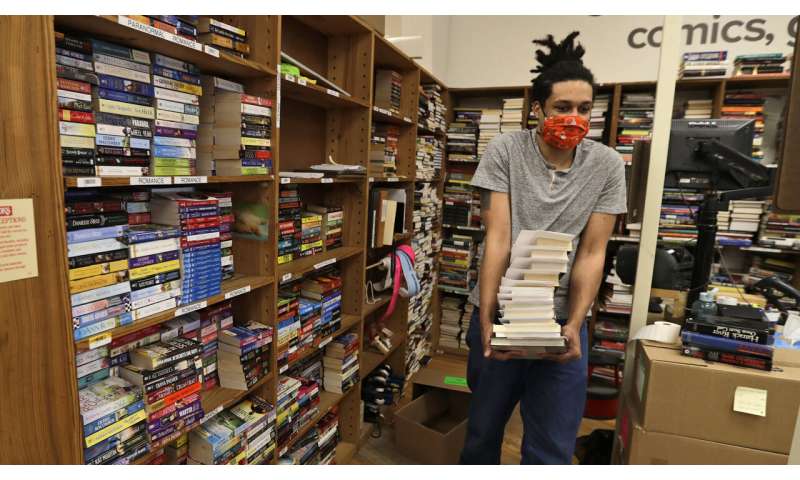 Britain abandoned an initial contact-tracing effort in March when the virus’s rapid spread made it impossible. Now it is recruiting 18,000 people.

France’s health minister has promised robust contact tracing and pledged the country would test 700,000 people weekly. On Monday, with progress unclear, the nation’s highest court ordered the government to take extreme care in protecting privacy rights, casting doubt on how to proceed.

In the U.S., where health officials will watch closely in coming days for any resurgence of the virus two weeks after states began gradually reopening, contact tracing is a patchwork of approaches and readiness levels. States are hiring and tracing contact tracers, and experts say hundreds of thousands will be needed across the country.

Apple, Google, some U.S. states and European countries are developing contact-tracing apps that show whether someone crossed paths with an infected person. But the technology supplements and does not replace labor-intensive human work, experts say.

Meantime, a new study indicates that New York City’s death toll from the coronavirus may be thousands of fatalities more than the official tally.

Between mid-March and early May, about 24,000 more people died in the city than researchers would ordinarily expect that time of year, a Centers for Disease Control and Prevention analysis said. That’s about 5,300 more deaths than previously attributed to the virus for the period.

The “excess deaths” could have been caused indirectly by the outbreak, in some cases by swamping the health care system and delaying lifesaving care for other health problems, the report said.

Another new CDC report showed how difficult and time-consuming it is to track virus cases. The analysis of California efforts in the early days of the U.S. outbreak found that contacting travelers from China and Iran consumed nearly 1,700 hours of time by local authorities and still didn’t stop the virus from entering the state.

In loosening up their country’s lockdown, German authorities have spelled out a specific level of infection that could lead to the reimposition of local area restrictions. Other countries—and U.S. states—have been vague about what would be enough to trigger another clampdown.

With Monday’s partial reopening in France, crowds formed at some Paris Metro stations, but the city’s notorious traffic jams were absent. Half the stores on the Champs-Elysees were open. 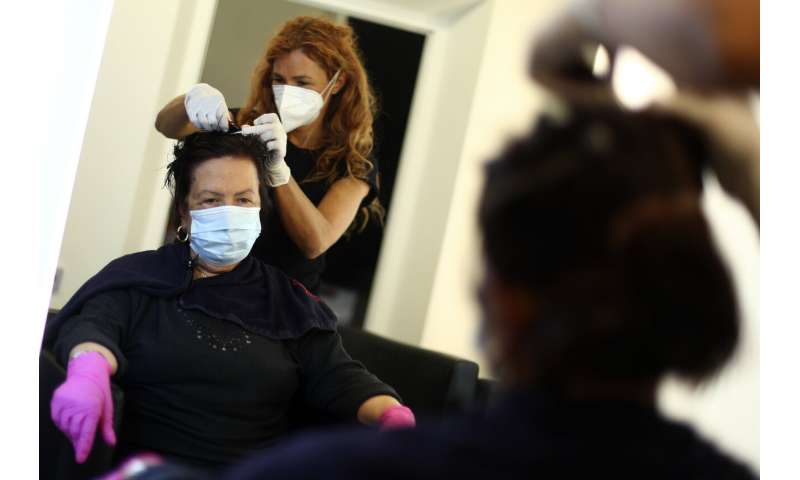 Parisian hairdressers planned to charge a fee for the disposable protective gear they must give customers. Walk-ins will be a thing of the past, said Brigitte L’Hoste, manager of the Hair de Beauté salon.

“The face of beauty will change, meaning clients won’t come here to relax. Clients will come because they need to,” said Aurelie Bollini, a beautician at the salon. “They will come and aim at getting the maximum done in the shortest time possible.”

Hair salons in Florida contended with tight regulations and pent-up demand as they reopened across much of the state. The Fringe Salon in Naples was booked for the entire week, its capacity limited by social-distancing rules.

In South Korea, the government clamped down again, halting school reopenings planned for this week and closing nightclubs and bars in the Seoul region that had just reopened. It is trying to track down 5,500 patrons of a Seoul nightlife district through credit-card transactions, cellphone records and security footage.

Roughly half of Spain’s 47 million people shifted into looser restrictions, beginning to socialize, shop in small stores and sit outdoors at restaurants. Madrid and Barcelona remained under lockdown.

British Prime Minister Boris Johnson announced a modest easing of the country’s lockdown but urged citizens not to squander progress. Some were confused as the government shifted its slogan from “Stay at Home” to “Stay Alert.” Scotland, Wales and Northern Ireland stuck with the old motto.

Some of the globe’s premier sports leagues were taking steps to resume competition, with men’s Bundesliga soccer in Germany set to start Saturday and U.S. NASCAR racing on Sunday in South Carolina—without fans at the sites.

High cholesterol: ‘Yellowish growths’ is a warning sign says the CDC – what to look for