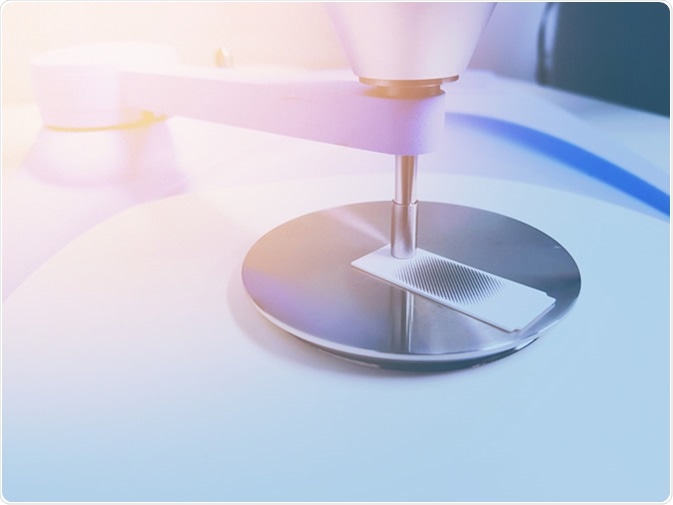 An acronym for attenuated total reflection Fourier-Transform infrared spectroscopy, ATF-FTIR is an analysis technique that can be used to analyse biological specimens in a cheap, economical way. This method of analysis works by measuring any changes that occur in an internally-reflected IR beam when it comes into contact with a biological sample. An IR beam is guided onto a highly refractive index crystal, at a set angle. The resulting internal reflections of this beam result in a transient wave that reaches into the sample from the crystal surface.

In recent years, a selection of single-cell isolation techniques, such as: compartmentalization, micromanipulation, dilution, microfluidics, and flow cytometry, have been developed.

These methods can be utilised to propagate microorganisms that had never been cultured before, to evaluate and track cell function and physiology, as well as to scan for unique biochemical products.

Other methods, such as in situ hybridization, staining, and those making use of auto-fluorescence proteins, are often combined with the above described methods depending on the aim of the study in question.

How is ATR-FTIR Used for Single Cell Analysis?

Transflection and transmission IR microscopy of tissue and cells typically display baseline distortions, due to resonant Mie scattering. This effect can also change the shapes of spectral peaks, as well as the positioning of spectral peaks, which makes the final interpretations unreliable and difficult.

An algorithm designed for the correction of these errors: the resonant Mie scattering extended multiplicative signal correction, has recently been refined that could be utilised to eliminate the distortions.

This algorithm has two essential, user-defined parameters that determine the certainty of the resulting corrections. The first important parameter is the sum of repetitions used to gain the most desirable outcome, or number of runs.

The second significant parameter is the final decision of the recommended spectrum needed for this procedure. The selection of those two parameters determines the computational time.

This concern is not that significant for correcting small data sets of a couple of hundred spectra, or individual spectra, but develops into a significant factor when making correction to spectra from IR images gained by using larger focal-plane array detectors, which could contain thousands of spectra.

The outermost layer of human skin, otherwise known as the stratum corneum, is an important type of tissue, with its critical function being to act as a protective boundary against the entry of water-soluble molecules, and to avoid transepidermal loss of water.

These responsibilities are performed by the incredibly thin layer of stratum corneum tissue – giving an average thickness of 20 mm. Impairment/breakage of the stratum corneum is the most common cause of a variety of skin diseases – like Staphylococcus aureus cellulitis and impetigo. 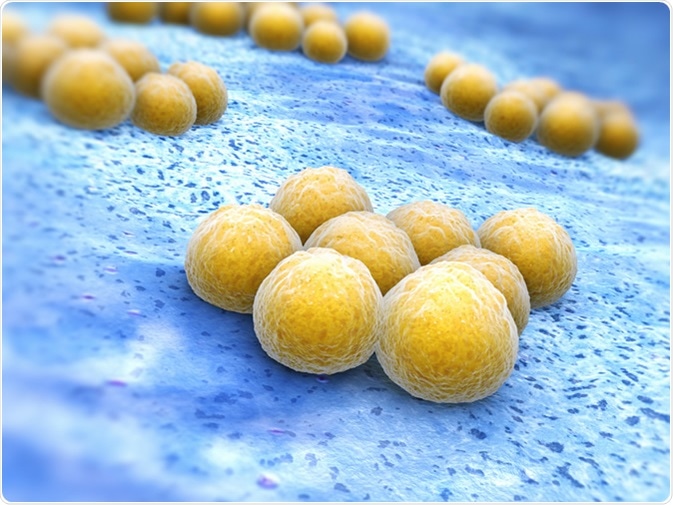 This specific layer of skin has not been analysed in detail yet via IR spectroscopy. Current studies report Fourier transform infrared micro-spectroscopic analysis of both the stratum corneum, and singular corneocyte cells – the ultimate aim being to identify some specific biomolecular constituents that assists in its own IR spectrum.

On the contrary to regular light microscopy-based techniques, the IR approach does not need time-consuming sample staining, nor does it require fixation. Therefore, Fourier transform infrared micro-spectroscopic analysis is rapid and a non-invasive bio-analysis technique.

The section comprising of mainly lipids can be easily determined by the carbonyl ester band, as well as by the intense methylene stretching vibrations, both of which were not found to be present in the initial M-FTIR-MSP spectra from the singular corneocyte specimen. Both the symmetric methyl absorptions, and amide 1 and 2 bands are assigned clearly to the protenous fraction, which can then be utilized for tissue protein identification.

Also, the fraction made up of corneocytes can also be identified via one of the bands, located around 3070 cm1 , which could be associated with the vibration from amide B. The evaluation and observation of this infrared spectra reveals significant sensitivity of the IR approach, due to obvious changes in the specimen’s tissue biochemistry, as well as variations in the  stratum corneum tissue organisation and architecture.

Phoebe Hinton-Sheley has a B.Sc. (Class I Hons) in Microbiology from the University of Wolverhampton. Due to her background and interests, Phoebe mostly writes for the Life Sciences side of News-Medical, focussing on Microbiology and related techniques and diseases. However, she also enjoys writing about topics along the lines of Genetics, Molecular Biology, and Biochemistry.

Genetic testing could be appropriate for all motor neuron disease patients, regardless of family history