Home » Health News » ATRT molecular groups: Looking at the biology from the clinic 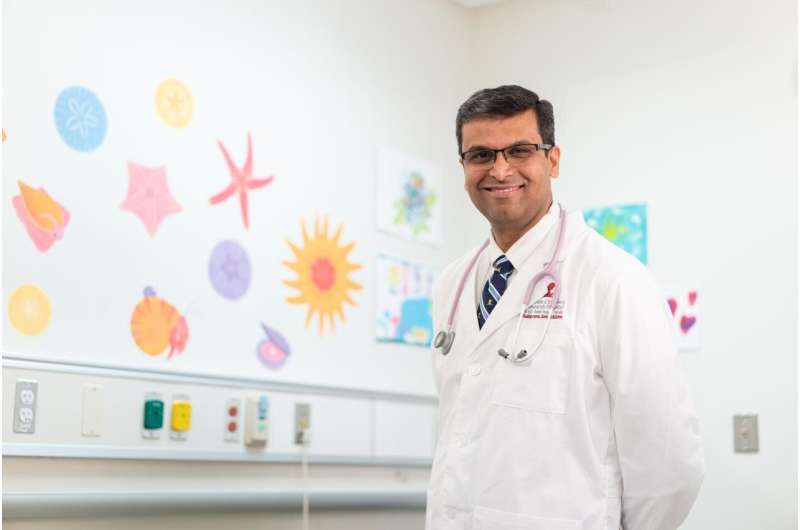 “If you look at the biology of ATRT, we have learned in the last few years that this is not a single disease but instead there are at least three biologically different groups of the same disease,” said first and corresponding author Santhosh Upadhyaya, M.D., St. Jude Department of Oncology. “But what are the outcomes for these different groups? That is where the current St. Jude study offers insight into how these different groups of ATRT can present, and what their outcomes may be with different treatment regimens.”

There are three previously established molecular groups of ATRT: ATRT-MYC, ATRT-SHH, and ATRT-TYR. Researchers used data from the SJYC07 and SJMB03 clinical trials to look at treatment outcomes from 74 children with ATRT. This is one of the largest cohorts of children with this disease, because ATRT is a rare pediatric cancer.

Findings showed that ATRT-TYR typically occurs in children younger than 3 years old and is less likely to metastasize. They also found that ATRT-SHH tends to occur in very young children and has a higher chance of metastasis at presentation. Additionally, although children with ATRT-TYR had the best overall response, those with ATRT-SHH and ATRT-MYC had comparable treatment responses in the absence of metastases.

The researchers also looked at the SMARCB1 gene in the blood—a hallmark genetic mutation found in ATRT. The scientists showed that approximately a third of tested children have an abnormality in the SMARCB1 gene. These children tend to develop ATRT at a younger age and are more likely to have the ATRT-SHH group. The researchers found that having this abnormality did not predict treatment outcome.

“While we have clearly made giant strides in understanding the molecular basis of ATRT, substantial progress is still required before treatment decisions can be made on the basis of different molecular groups,” Upadhyaya said.

The mortality rate for ATRT is around 70%, and children are typically diagnosed under the age of 3. Age of the child at diagnosis and the extent of metastatic spread remain the two most important factors to consider for prognosis and treatment of this disease.

Children who are older when they are diagnosed and who do not have metastatic spread typically experience the best outcomes. Children under the age of 3 cannot be treated with the radiation therapy offered to older children, which affects outcomes. The researchers stress that children in each group have a chance for a positive outcome, keeping in mind their age and metastatic status.