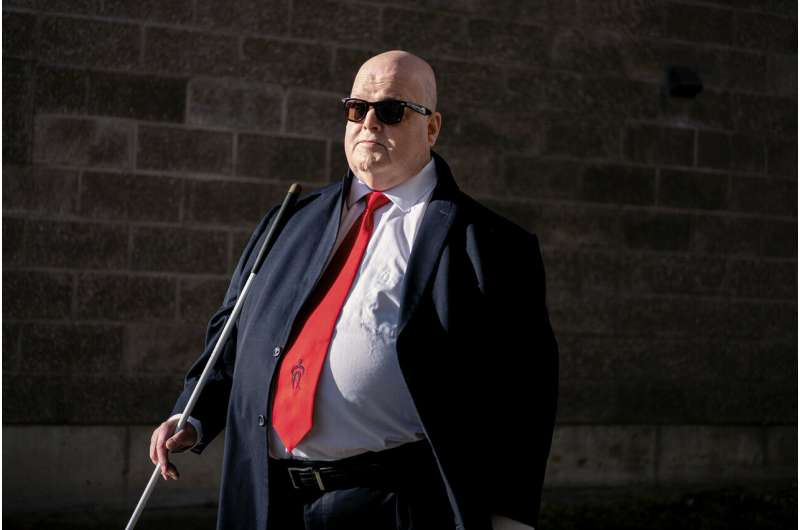 Unable to see, Carla McQuillan typically uses a program that converts the letters on a screen into audible words when she wants to read something online. The tool wouldn’t work when she tried to schedule an appointment to get a COVID-19 vaccine, however.

“When I clicked, it wouldn’t tell me what the date was. I could have tapped on something, but I wouldn’t have known what it was,” said McQuillan, who operates a Montessori school and serves as president of the National Federation of the Blind of Oregon. Her husband, who can see, eventually helped out.

In Alabama, Donte Little helped 20 blind and deaf people who had trouble signing up for vaccinations and getting to a clinic for shots.

“It’s been a challenge for anybody. Add deafness or blindness on top of it and it’s that much more of one,” said Little, who is visually impaired and directs a regional center for the Alabama Institute for Deaf and Blind.

The confusing maze of websites, phone numbers, emails and paper documents required to sign up for an immunization in the United States is presenting a challenge for people who are visually impaired or hard of hearing. Providers are using multiple different systems that can vary by state and even cities, they say, often forcing the disabled to rely on others to help them get in line.

Federal laws require communications in an understandable format and accommodations to assist people who might face obstacles, and the Centers for Disease Control and Prevention has laid out instructions that include having local health departments provide staff to address accessibility needs and plans.

But the National Federation of the Blind wrote to every U.S. governor last month complaining about hurdles posed by balky sign-up systems and vaccine distribution methods including drive-up clinics, which it said are largely inaccessible to people who can’t see. The group has yet to receive a “substantive” response from any state, spokesman Chris Danielsen said.

Separately, the National Association of the Deaf said problems including confusing and complex information, phone systems that can’t be used by hard of hearing and a lack of interpreters is making it difficult for people who can’t hear to make appointments for immunizations. Chief Executive Howard A. Rosenblum said the group has asked the Biden administration for help.

“The process continues to be very haphazard and confusing for everyone, but particularly for people with disabilities due to the lack of foresight on accessibility,” he said in an email.

Such problems could affect millions. 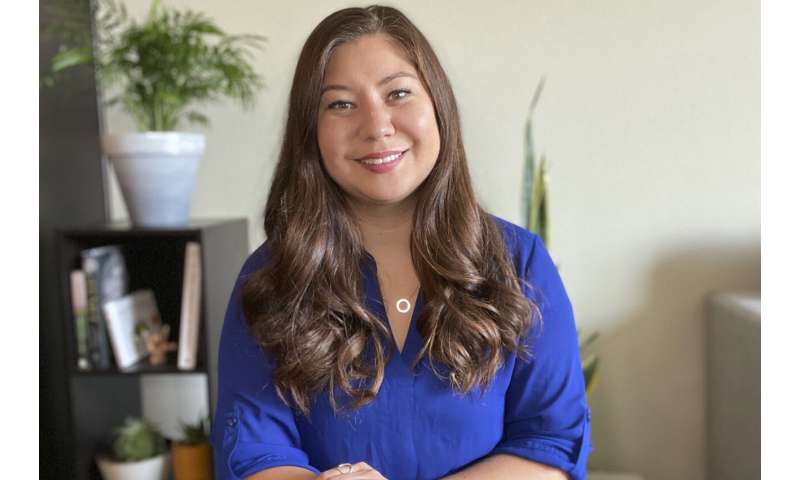 The CDC reports that an estimated 12 million Americans over the age of 40 have impaired vision, including 1 million who are blind, and the National Association of the Deaf said a 2011 study found that 48 million Americans are deaf or hard of hearing. The National Consortium on Deaf-Blindness estimated in 2008 that about 40,000 U.S. adults were both deaf and blind.

Tara L. Invidiato, a director with the American Association of the DeafBlind, said members trying to sign up for vaccines have faced multiple problems including glitchy websites, inaccessible notifications and the speed required to fill out forms while reading Braille.

“I had to rely on someone who can see and that is unsettling because we the DeafBlind aim for independent living and we know we can do things by ourselves for the most part,” she said in an email interview.

Robert Weinstock, who is profoundly deaf, said clunky telephone systems are posing problems for some who can’t hear because some appointment hotlines don’t have workers who understand how to use video services that allow for communication by sign language. That leads to frustration and calls that end with hang-ups, he said.

“Also, some sites will accept pre-registration online, but conduct the actual scheduling via telephone, leaving voice messages even when the deaf person has explicitly requested contact via text or email. This can be a significant barrier,” said Weinstock, director of public relations at Gallaudet University, a school for the deaf.

Alicia Wooten, who works with a COVID-19 team at Gallaudet, which is in Washington, D.C., said simply getting the word out to deaf people about vaccination availability is a problem because so much notification is done by platforms including radio.

“This means the Deaf community has a delay in getting information, so that by the time they try to register, vaccines are already reserved. The cycle is then repeated,” she said an an email.

But there are cases where the system is working. Weinstock said both he and his wife went to vaccination locations and got shots with relative ease because there were interpreters and people had been trained.

“Every single person I spoke with, from check-in to ‘recovery,’ whipped out their smartphones and used a notes app to converse with me, or wrote on paper, or otherwise made sure I was fully included,” Weinstock, who lives in Maryland, said in an email exchange.

Robert Jaquiss, who is blind, experienced problems firsthand when he tried to get an appointment for a shot in Missoula, Montana. He was eventually able to snag a time with the help of a friend who can see, but Jaquiss said the sign-up system isn’t built to accommodate people unable to navigate quickly during the process.

Hay fever or coronavirus: How to tell the difference between hay fever cough and COVID-19