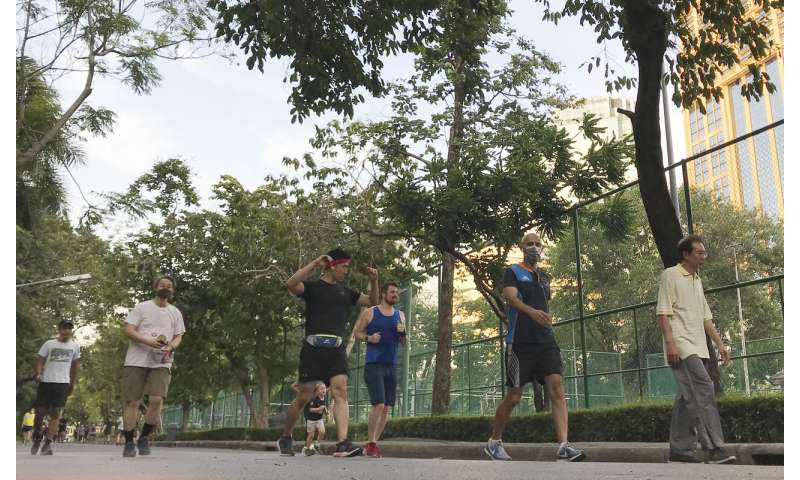 Residents of Thailand’s capital enjoyed the city’s parks, booked haircuts and stocked up on beer and other alcoholic drinks Sunday as they enjoyed their first day of eased restrictions that were imposed weeks ago to combat the spread of the coronavirus.

The top perk in Bangkok, a city famous for its eateries, may have been the reopening of restaurants. But it was not clear how many were actually serving seated customers again, since strict guidelines will make it hard for many of them to turn a profit.

Restaurants have to keep their customers at least 1.5 meters (5 feet) apart and practice a wide range of sanitary measures, beginning with taking the temperature of customers and staff, and circulating fresh air. Small restaurants that could fit 20 people before might be able to seat eight to 10 under the rules.

Restaurants had been limited to takeout and delivery services since mid-March.

There was also a partial lifting on the sale of alcoholic drinks that will allow takeaway purchases, even while bars remain closed. A nationwide ban had taken effect on April 10 and expired at the end of April, but provinces including Bangkok can reinstate a ban anytime.

When the ban was originally announced with just a few hours of notice, there was a rush to liquor stores and other sellers. With the lifting of the ban on Sunday, buyers could be seen piling cases of beer inside cars outside a supermarket. 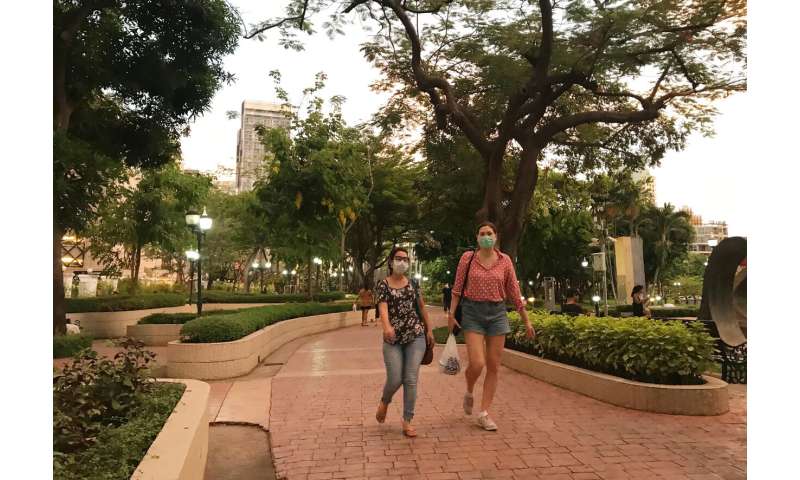 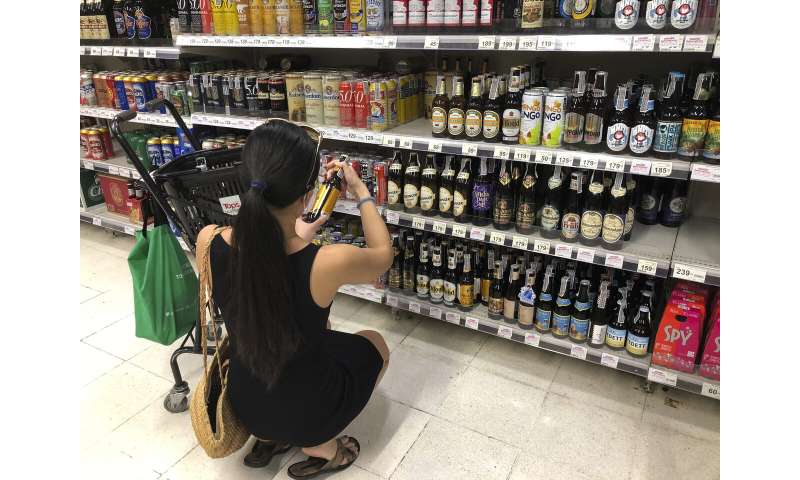 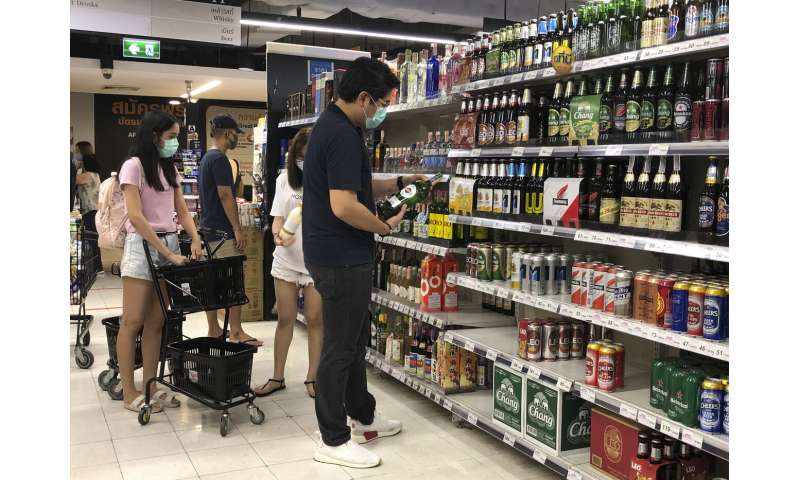 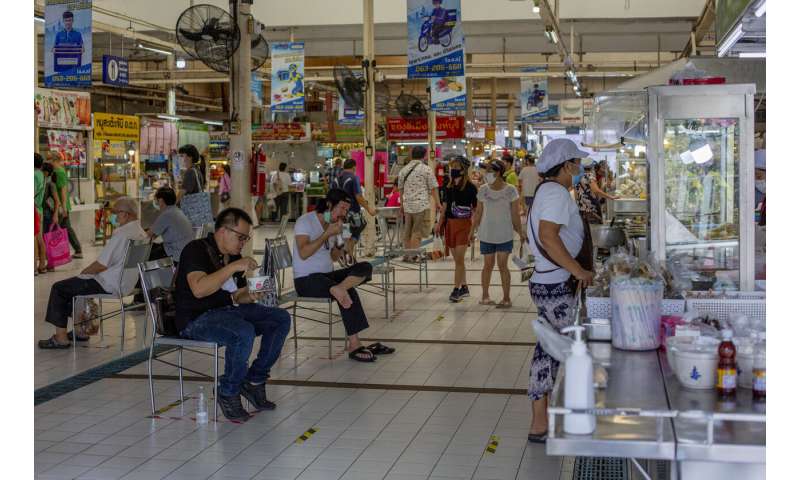 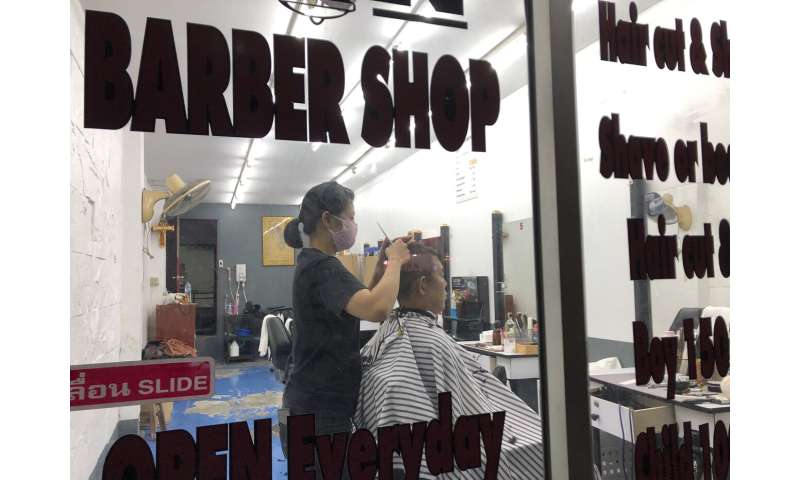 City dwellers seeking some fresh air and a chance to stretch their legs flocked to Lumpini Park in central Bangkok, where they lined up to be checked for face masks and have their temperatures taken before being allowed to enter.

Runners and walkers, singly and in pairs, filled the park’s pathways but kept their distance from each other. Team sports and use of the park’s exercise equipment is still not allowed.

Park guards blew whistles to break up any gatherings of more than a handful of people, whether they were running or picnicking.

Barbers and hairdressers around the city were also back in action, and also under rules to ensure social distancing. They appeared to be doing good business as they advised would-be customers to book appointments for the following day.