Bowel cancer is one of the most common cancers to be diagnosed in the UK. You should consider speaking to a doctor if you notice a pain in your back passage.

Bowel cancer is a general term for any cancer that develops in the large bowel, and it may sometimes be known as colon or rectal cancer.

You could lower your risk of the condition by making a few lifestyle changes.

The early warning signs of bowel cancer can be very subtle, and many people may not be aware that they’re at risk.

One of the earliest warning signs of bowel cancer is having a pain in your anus. 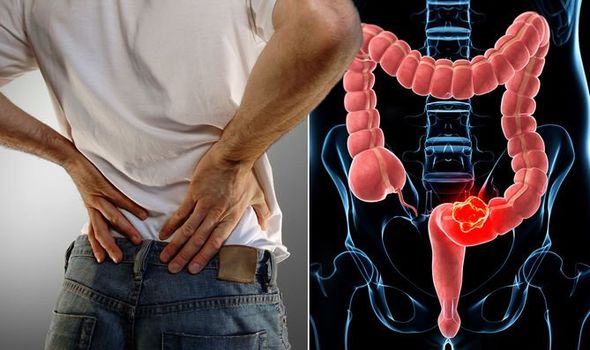 A pain in either your abdomen or back passage may be caused by bowel cancer, warned Cancer Research UK.

Pain in your bottom can be uncomfortable, and it’s always worth having it checked by a doctor.

The GP will ask about any other symptoms you may be having, to assess your risk of bowel cancer.

The pain is more likely to be caused by the disease if it’s accompanied by bleeding, and a change to your toilet routine.

“Symptoms of bowel cancer can include a change in your normal bowel habit or blood in your poo,” said the charity.

“They can also be symptoms for other conditions, but it’s important to see your doctor.

“The symptoms of bowel cancer in men and women can include pain in your abdomen or back passage, losing weight, tiredness, and breathlessness caused by a lower than normal level of red blood cells.

“Remember these symptoms can be caused by other conditions. Many of these are much less serious than cancer, such as piles [haemorrhoids], infections or inflammatory bowel disease.” 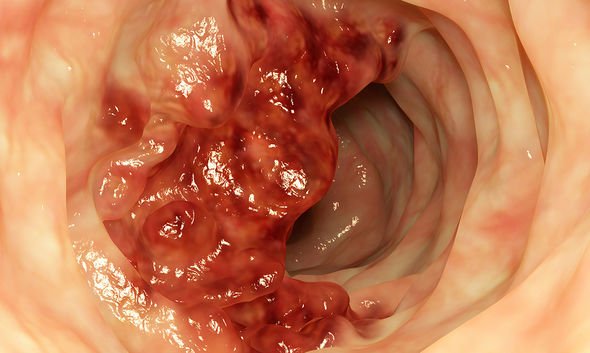 Speak to a doctor if your pain is severe, or if it doesn’t improve after a few days.

You shouldn’t feel embarrassed to see a GP, as they’re used to seeing patients with similar concerns.

You could lower your risk of bowel cancer by making some small diet or lifestyle changes.

Eating large amounts of red and processed meats have been linked with a higher likelihood of bowel cancer.

Smoking, drinking too much alcohol and obesity could also lead to the disease, the NHS warned.

More than 90 percent of all bowel cancer cases occur in people over the age of 50.

Immune cell discovery could improve the fight against hepatitis B