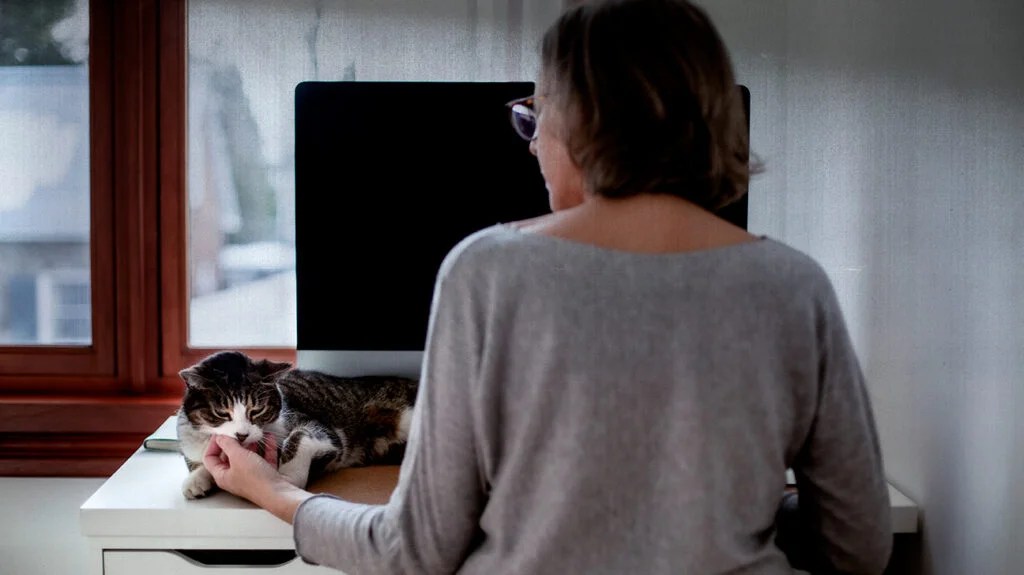 In the study, the team also determined that being less physically active and sitting for longer periods was associated with an increased risk of dying from cancer.

The research, published in the journal JAMA Oncology, provides clinicians with evidence to develop strategies for reducing sitting time and increasing physical activity for people who have survived cancer.

Globally, the number of people who survive cancer is increasing. As treatment and detection improves, and as people live longer, researchers estimate that there will be 22.1 million people who have survived cancer in the United States by 2030.

However, this also reflects a greater need to understand what affects survival rates of people who have had cancer.

One factor that may be important is physical activity. Researchers know that it reduces the risk of various chronic diseases. There is also evidence that being physically active is associated with a lower risk of mortality for people with severe cancer.

A key question for researchers is whether the benefits of physical activity can reduce the risks associated with surviving cancer — including risks related to the cancer and its treatments, such as side effects.

Prolonged sitting is associated with all-cause mortality and cardiovascular disease, diabetes, and cancer. This is especially true for people who also do little physical activity.

With this in mind, the researchers behind the present study wanted to explore the relationship between sitting time, physical activity levels, and mortality risk for people who have survived cancer.

Medical News Today spoke with, Chao Cao, a co-author of the study and a doctoral candidate in the Washington University School of Medicine’s Movement Science Program.

Cao explained: “The population of cancer survivors is rapidly growing, and it is projected that one-third of the [U.S.] population will be diagnosed with cancer at some point during their lifetimes by 2040. Hence, there is a pressing need to identify accessible strategies for cancer survivors to improve their long-term health.”

“Although [the] Physical Activity Guidelines for Americans [says] that physical activity and exercise can benefit all people, the evidence on health benefits of physical activity is still limited among cancer patients. In addition, sedentary behaviors, such as prolonged sitting, [have become] highly prevalent in the last 2 decades and have gotten worse due to the [COVID-19] pandemic. However, we did not know how sedentary behaviors affected survival after cancer.”

Cao said that this lack of evidence meant that clinicians were unable to best support people who have survived cancer.

“Cancer survivors who participated in our clinical studies consistently [sought] advice on changing their lifestyle behaviors to improve their health.”

To address this, the researchers drew data from the National Health and Nutrition Examination Survey that covered the years 2007–2014.

The researchers identified a representative sample of 1,535 people who had survived cancer and were over the age of 40.

The information about cancer was determined during each participant’s initial interview, during which the participants also reported their sitting time and leisure time physical activity rates over a typical week.

The researchers accessed mortality data from the National Center for Health Statistics, which provides access to the National Death Index. The team tracked the participants’ mortality until December 31, 2015.

The researchers found that more than half of the participants did no physical activity in their free time, and two-thirds typically sat for more than 6 hours a day.

A third of the participants did no leisure time physical activity and also sat for more than 6 hours a day.

The researchers found an association between increased sitting time and an increased risk of mortality due to cancer, non-cancer, and all causes.

However, the researchers also found that this association did not hold for people who were “sufficiently” active — who did at least 150 minutes of leisure time physical activity per week.

Participants who were insufficiently active or inactive and who typically sat for more than 8 hours per day had a five-fold increase in the risk of dying from cancer, non-cancer, and all causes.

Dr. Alpa Patel, senior vice president of population science for the American Cancer Society, spoke to MNT about the findings. She said, “This study is important because it reinforces that being physically inactive puts cancer survivors at a higher risk of dying from cancer or any cause, but it is the first to jointly demonstrate that sitting too much puts cancer survivors at an even higher risk of dying.”

“About one-third of cancer survivors in this study were both physically inactive and spent more than 6 hours daily sitting. This lifestyle was associated with more than a four-fold higher risk of dying from any cause and cancer specifically, compared to those who achieved recommended amounts of activity and sat less than 6 hours daily. These findings reinforce the importance of being physically active and reducing sedentary behaviors for improved health outcomes.”

“Current data suggest that sufficient physical activity could attenuate the harmful effects due to sitting. The critical issue here is that nearly 3 out of 4 [U.S.] cancer survivors did not meet the Physical Activity Guidelines and would have excess risks from sitting. Also, a few mechanistic studies indicated that prolonged sitting might induce exercise resistance and diminish the benefits of physical activity.”

In an interview with MNT, Dr. Michael Fredericson, a professor of orthopedic surgery at Stanford Medicine Outpatient Center, said that the new research was valuable because it drew links between people without cancer and people who had survived cancer. Like Dr. Patel, Dr. Fredericson was not involved in the study.

“While this is well-recognized in the cancer-free population, this is one of the first studies investigating the association between prolonged sitting and survival after cancer.”

Dr. Fredericson said that other lifestyle factors, such as a person’s diet, may also affect the mortality risk for people who have survived cancer.

“Epidemiological studies show that whole grain, fiber, fruits, and vegetables within diets are associated with reduced cancer risk. Obesity is also a critical factor in cancer risk and mortality, accounting for about 40% of cancers diagnosed in the [U.S.]. Chronic inflammation, a well-known mediator of cancer, is a central characteristic of obesity, leading to many of its complications.”

Dr. Patel noted: “Much of what individuals can do following a cancer diagnosis is similar to what they can do to lower their risk of developing cancer, too. This includes not smoking, maintaining a healthy body weight, being physically active, limiting time spent in sedentary behaviors like watching TV, eating a diet rich in fruits and vegetables, and avoiding alcohol.”

“The American Cancer Society publishes guidelines for both cancer prevention and cancer survivors, which can be found [here],” she added.

Cao said that the team will develop its research in the hope that better interventions can increase levels of physical activity and reduce time spent sitting.

Dr. Fredericson noted that a range of additional factors could help develop the research.

“Randomized controlled trials of the influence of physical activity and dietary factors on immunity, inflammation, gene regulation, circadian disruption, and the intestinal microbiome will be crucial to advance this field.”

Dr. Patel commented on how much more research is necessary.

Coffee consumption may reduce the risk of acute kidney injury