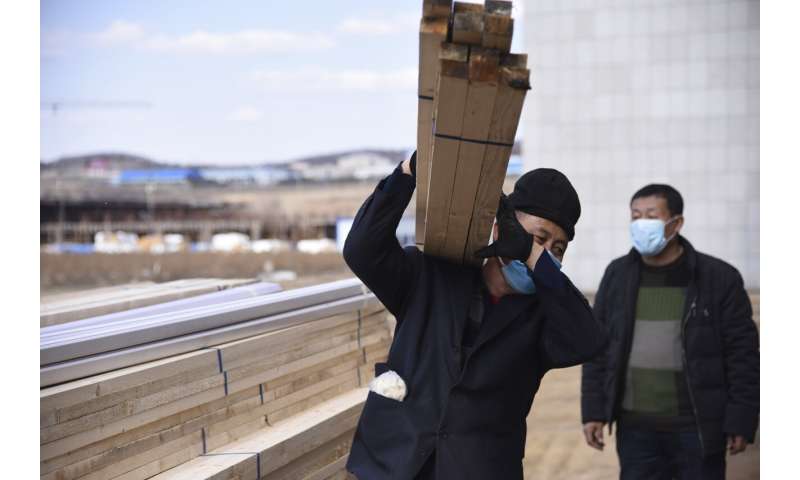 China is facing a new coronavirus flare-up along its remote northern border with Russia, far from the epicenter of Wuhan, where it has all but declared victory in the battle against the pandemic.

The frontier has been sealed and emergency medical units rushed to the area to prevent travelers from bringing the virus back from overseas. The virus originated in China, which is now striving to keep it virus out while the U.S. and other countries struggle to bring their own epidemics under control.

The long, porous border of sprawling Heilongjiang province and neighboring Inner Mongolia has much less travel than major cities like Beijing and Shanghai. But it is a popular alternative route into the country. Many Chinese live and work in Russia, where China has major investments encouraged by warm ties between Beijing and Moscow.

By Monday night, a field hospital was operating in the city of Suifenhe along the Russian border, equipped with a negative pressure lab to diagnose new cases. Staffed by 22 experts from the National Institute for Viral Disease Control and Prevention under the Chinese Center for Disease Control and Prevention, it will conduct nucleic acid tests and other forms of research to aid in virus control and prevention, allowing the city to test up to 1,000 cases per day, according to the CDC.

Suifenhe, a city of just under 70,000 that is frozen-in for much of the year, has at least 243 imported COVID-19 cases out of nearly 1,000 confirmed and suspected cases. More than 100 people in the area have tested positive for the virus but showed no symptoms. Recent arrivals from Russia account for nearly half of China’s imported cases.

“We are facing a truly grave situation in the northeast as represented by Suifenhe,” National Health Commission expert Wang Bin said Monday at a news conference. “Up to now our medical resources in the area have just not been sufficient.”

Roughly 1,300 kilometers (800 miles) northeast of Beijing, Suifenhe’s markets selling warm clothing, cell phones and daily items usually do a thriving business with Russian visitors starved for choice on their side of the border. That trade has gone quiet in recent weeks, dimming prospects for a sparsely populated region whose residents have been migrating to major cities seeking jobs and better living standards. 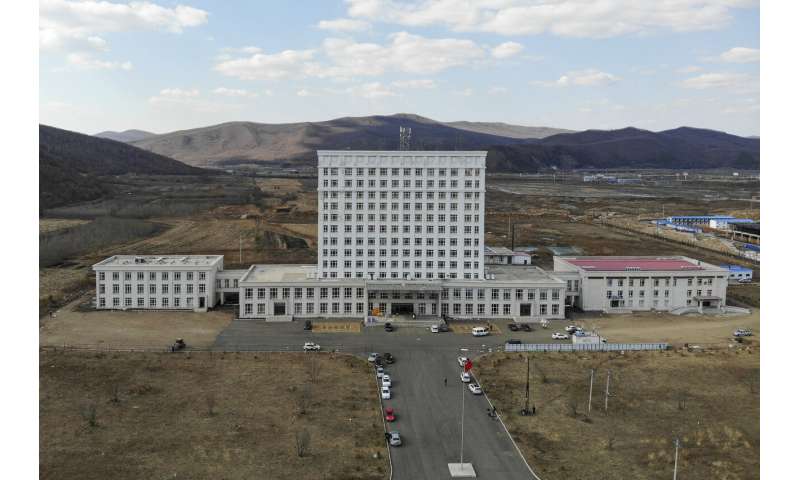 Russia requires 14-day quarantines for all travelers arriving in Primorsky Krai and its regional capital Pogranichny, across the border. It has closed hotels to visitors and is requiring travelers to have a pass showing they are not carrying the virus. Russia closed its land border to travelers from China in January.

On the Chinese side, quarantines have been extended to a full month for people arriving by air in Suifenhe and in Heilongjiang’s capital, Harbin. All land border crossings were halted last week.

As Wuhan and other regions get back to business, Chinese authorities say they will remain vigilant against a second wave of infections, particularly from those arriving from outside the country.

New cases of local infection in China have fallen to near zero after more than two months of strict travel bans and social distancing measures. Of 89 cases reported on Tuesday, all but three were detected in people arriving from abroad. It wasn’t immediately clear if any came from Russia.

No new deaths were reported in the country on Tuesday, suggesting the outbreak is running its course. Last week, authorities lifted a 76-day quarantine in Wuhan, where the virus was first detected late last year, an indication that the worst may have passed.

China had recorded 82,249 cases and 3,341 deaths as of Tuesday, while 1,077 people suspected of having the virus or testing positive without showing symptoms were under isolation and monitoring.

The face masks you should not be wearing, according to the CDC

Is autism linked to a more male brain?