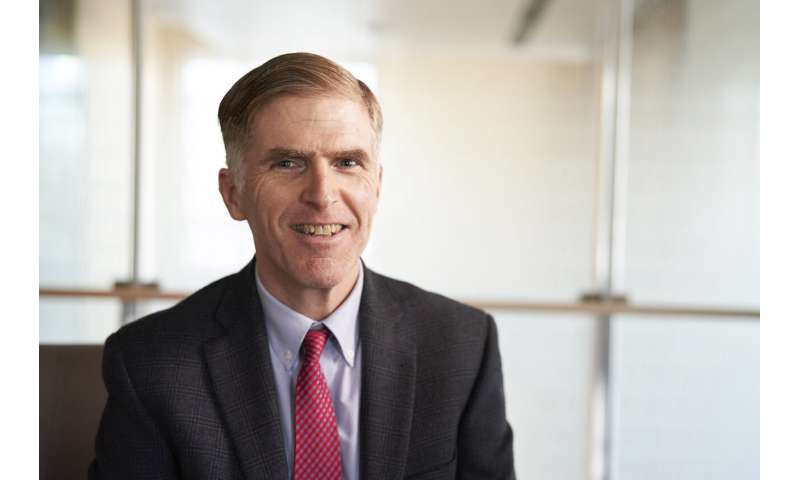 A first-of-its-kind randomized clinical trial offers strong and perhaps surprising evidence that a combination of two targeted melanoma drugs when given continuously keeps patients’ cancer from growing or spreading longer when compared with intermittent treatment, according to study results to be presented at the 2020 virtual annual meeting of the American Association for Cancer Research.

The findings will be presented at the AACR’s opening clinical plenary on Monday, April 27 by Alain Algazi, MD, an associate professor in the Department of Medicine at University of California San Francisco and the study chair with SWOG Cancer Research Network, which led the research. SWOG is a cancer clinical trials network funded by the National Cancer Institute (NCI), part of the National Institutes of Health (NIH), and a member of the oldest and largest publicly-funded research network in the nation.

Algazi’s study, SWOG S1320, focuses on treatment for melanomas with mutations in the BRAF gene, changes that cause cancer cells to grow rapidly. About half of all melanomas diagnosed involve a BRAF mutation, and Algazi’s study focused on treatments for patients with the most common melanoma mutations—BRAFV600E and BRAFV600K. These cancers can be difficult to treat because they often become resistant to drugs designed to target BRAF mutations, and can return months after treatment even more difficult to defeat. In 2013, results of a high-profile study in mice were published that suggested giving the standard drug combination intermittently may be a way to beat this cunning cancer and help patients live longer before their cancer grew or spread, an outcome known as progression-free survival. Algazi wanted to test this idea in humans, and his phase II randomized trial is the first do so.

SWOG is part of the NCI’s National Clinical Trials Network (NCTN), which includes more than 2,000 cancer centers, university hospitals, and community sites in the U.S. and abroad. Using this network, Algazi’s team enrolled 249 eligible melanoma patients from 68 clinical sites over a five-year period. Of the 249 patients, 206 were randomized. Every patient was given the commonly prescribed BRAF and MEK inhibitor combination regimen of dabrafenib and trametinib. One group of patients took the combination of pills each day until their cancer progressed. Another group took the same daily combination for five weeks, then took a three-week break, then resumed treatment for another five weeks, then took a break, and so on, until their cancer progressed. During the treatment period, each patient had a CT scan every eight weeks to measure their tumor size. Patients also gave blood and tumor samples.

So continuous dosing was more effective in this study. And the positive results on intermittent dosing found in mice—now the subject of dozens of clinical trials—did not appear to hold up in humans, SWOG results show.

“What works in pre-clinical studies doesn’t always work in real-world clinical studies,” Algazi said. “In melanoma research, we’re all trying to figure out ways to optimize these targeted drugs and find a way around resistance so people live longer. We’re going to have to keep at it because the current standard of continuous dosing seems to hold the most benefit.”

Why continuous treatment proved more effective isn’t clear, although Algazi said the tissue and blood samples taken during the trial may hold clues and can be used for further study. While measuring overall survival was not the primary research objective of the trial, Algazi’s team also found that, regardless of their dosing schedule, melanoma patients on the trial have lived about the same amount of time. About half of the patients who participated in the trial have died over the course of the study, which continues to follow those who are still alive.

Antoni Ribas, MD, Ph.D., is the senior leader on the trial, the former chair of the melanoma research committee at SWOG, and the AACR president. He is also a professor of medicine at the David Geffen School of Medicine at the University of California Los Angeles, director of the UCLA Jonsson Comprehensive Cancer Center Tumor Immunology Program, and director of the Parker Institute for Cancer Immunotherapy Center at UCLA.

AI and the tradeoff between fairness and efficacy: 'You actually can get both'

Exercise can lead to weight loss if you do it for 300 minutes a week, a study suggests