Coronavirus will attack anyone near it – no matter how weak its host may become. One dad seriously struggled to fight the virus. What were his unusual symptoms?

Michael Ellison, 65, had recently gone into remission with leukaemia.

Withstanding chemotherapy treatment, he started to feel worse for wear on March 10.

At first, nobody in the family suspected coronavirus. After all, Michael’s symptoms didn’t match the typical signs.

“We didn’t think it was the virus, because he didn’t have the typical symptoms,” his daughter, Rachel Hanlon, told Liverpool Echo.

“He had really severe stomach pains and he couldn’t keep any food down, but his chemo always used to upset his stomach.”

Then, one evening, Michael struggled to stand up in the bathroom and his wife, Susan, had had enough – she couldn’t see him suffer anymore.

Rachel added: “His breathing was really shallow and rapid. My mum phoned for an ambulance and he was taken into the Royal [Liverpool Hospital] at 8pm that night.” 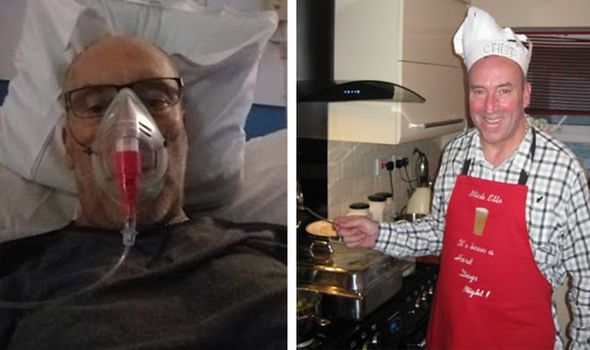 Then the unthinkable happened. “At 11pm the phone rang and it was the hospital phoning the say he was critical,” announced Rachel.

“It was torture because he was so ill, but we couldn’t go in to see him.

“It’s just a new level of evil that you can’t go there with them, because your natural instinct is that you want to be there to hold their hand.”

Distraught, Rachel and Susan couldn’t do anything but wait and hope that Michael would get better.

Rachel remembered: “He’d started having problems with his liver. He was in bed completely grey.

“They’d done all sorts of tests, but they said there was nothing more they could throw at him.”

In the days that followed, Michael started hallucinating and felt confused. 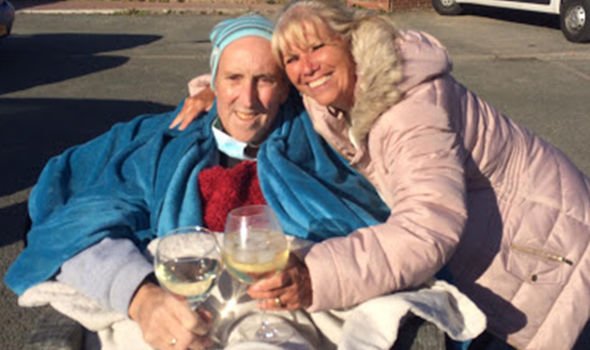 He was suffering from a water infection, and the family were called for the second time.

“We thought we were being called to be told he was going to die,” confessed Rachel.

A scan revealed Michael had a twisted bowel and tested positive for coronavirus.

“They said he needed emergency surgery, because his bowel was going to rupture and if they didn’t do it there and then it was likely he would die by the next day.” 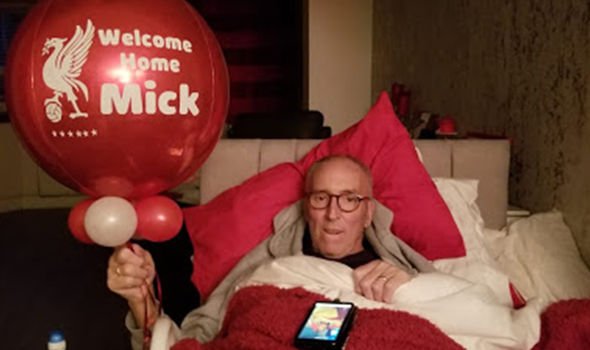 With a 50 percent chance of surviving surgery, the medics had planned to take Michael straight to intensive care if he made it alive off the operating table.

Thankfully, he did, and Michael was placed onto a ventilator to help him breathe.

“He was only on a ventilator for five hours, and within 24 hours they phoned us to say we’re stepping him down from intensive care to a high dependency unit,” said Rachel.

On May 12, Michael was finally discharged and was back home with his loving family.