Home » Health News » Couple Cancel Final IVF Cycle Before Embryo Transfer Due to COVID-19: 'We Had 8 Minutes to Decide'

Many medicated infertility treatment cycles have been canceled due to the COVID-19 pandemic, including those in progress and even some at the “finish line.” One couple, Kim Tranell and Josh Roth of Brooklyn, New York, recently found their own hopes and dreams of conceiving a child through IVF dashed for the fourth — and likely last — time due to the rapid spread of the virus.

Tranell, 37, shared her story in a deeply personal essay for Women’s Health earlier this week. The Editorial Director at Scholastic also posted the essay to Facebook, letting her wider circle of friends know about this heartbreaking scenario. “I am normally a pretty private person, but I woke up on Sunday with an uncharacteristic compulsion to share nearly three years of feelings with the world,” wrote Tranell. “I know so many people are hurting right now (for so many different reasons!), but this is our story.”

PEOPLE spoke to Tranell to learn more about the decision she and her husband, along with their doctor, were forced to make in the face of the many stressful and harsh realities associated with infertility, IVF and an unprecedented international pandemic.

The process of undergoing IVF treatments is highly unpredictable and fraught with complicated decisions. There are uncertainties related to getting a diagnosis, how one’s body will respond to medications, how many eggs will be harvested, the viability of those eggs (and sperm), and questions as to whether any resulting embryos will be strong enough to return to the womb. A variety of unforeseen forces, including extremely time-sensitive medications and procedures, can derail an IVF cycle without the added stress factor of the coronavirus. For Tranell, who was diagnosed with poor egg quality and has been trying to have a baby for two and a half years, the grueling process of consecutive fertility treatments was already a race against the clock.

So, why did the couple and their doctor initially push forward with treatments in the face of such dire circumstances? For one, they had already paid over $12,000 for this cycle. “In all honesty, we didn’t discuss changing the plan — which I know sounds insane right now,” says Tranell. “In retrospect, it was all just crazy, unlucky timing. I actually had to go back to look at a The New York Times chart of the day-by-day cases in New York to confirm I wasn’t completely delusional.”

“We took the trigger shot for our [egg] retrieval on Saturday, March 14, and up until then the curve had still been fairly flat. We first panicked the next day, when we heard that many N.Y.C. hospitals were canceling elective procedures. But our clinic was still moving forward with cycles that were already in progress,” Tranell tells PEOPLE. She ended up doing the egg retrieval procedure on March 16, just one day before the American Society for Reproductive Medicine (ASRM) released guidelines strongly suggesting the suspension of most fertility treatments due to the virus.

This last cycle was especially strategic for the couple, as it was a conscious final attempt with Tranell’s own eggs, working within their financial constraints. Tranell says she and her husband, who is a freelance talent buyer and music industry consultant, have paid approximately $45,000 out of pocket already in the course of treatment, and they ran out of insurance coverage completely during their third cycle. Along with their doctor, they crafted a plan to get the most out of the money they had left, in hopes of having a budget left to later pursue egg donation or adoption if the fourth cycle didn’t result in a live birth.

Because the couple’s latest round of embryos weren’t growing well in the lab, their doctor originally suggested a Day 3 fresh transfer instead of waiting to see if they grew to Day 5 or 6, at which point they could potentially be frozen for future use. (Tranell says they did freeze one, but its quality and chances are low.) As the virus spread in New York, their doctor strongly cautioned them not to transfer.

“We took many things into consideration, including the unknown health effects for myself and the baby if I were to become pregnant and contract the virus. There was a very real chance that I would miscarry and need a D&C (dilation and curettage) at the height of the pandemic, when the healthcare system was overwhelmed,” says Tranell. “[Given] the fact that our embryos were looking bad on Day 3, our doctor gave us a 15% chance of it working. That helped us make the decision to cancel, but it wasn’t easy. We had about 8 minutes to decide. Not exaggerating.”

Tranell tells PEOPLE that some folks who’ve read her essay misinterpreted that she and her husband were angry or complaining about what happened. But she says she’s grateful their doctor gave such good guidance, and they don’t regret the decision they made. “I wish that canceled out the sadness we feel, but it doesn’t,” says Tranell. Luckily their family, best friends and colleagues have been very supportive. “We’ve received such an outpouring of love and support from friends and strangers … I think that when everyone is suffering in some way, which I think they are right now, there’s a lot of empathy to go around.”

In some ways, Tranell feels life in quarantine is similar to living with infertility: “It’s isolating and lonely, and you get used to the fact that your schedule and life isn’t really in your control anymore. It really boxes you in, in a similar way,” she says. “It’s hard to make travel plans in advance when you aren’t sure when your period is going to start and when you will need to be in town for blood work, ultrasounds and procedures. In the beginning, I had so much more energy … but the longer it has gone on, the more I just gave in and resigned myself to the reality that it was easier to not make plans, feel crappy in the comfort of my home, get lots of sleep, and save money so we could afford more treatment. You also run out of things to talk about because it’s your whole life. Friends who haven’t gone through it can’t really understand.”

After past failed IVF cycles, Tranell and Roth would usually visit with family or plan trips (using “credit card points/miles like crazy!”) to help console themselves. Those self-care outlets aren’t available at this time. Tranell says “the reality of this pandemic and the way it is affecting lives gives us tremendous perspective … [and] time and space to grieve. Everyone’s mental health is fragile right now; no one expects us to be 100 percent.”

For the moment, Tranell says she feels “surprisingly zen.” As they sit alone with their grief and loss, she reminds herself that “our journey so far has been all about picking ourselves up and trying again, to a dizzying degree. But for once, we can’t move forward just yet. Lives everywhere are on hold. And for the first time in ages, I feel so much less alone.” 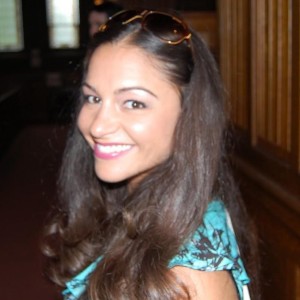 George Clooney talks candidly about being an older father, spending time with twins

COVID-19 cases in Canada's most populous province could treble: CBC