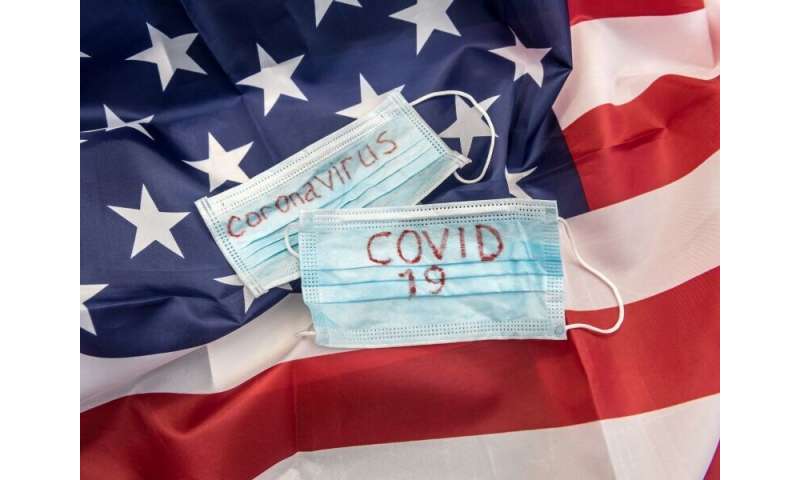 (HealthDay)—Americans are faring much worse mentally and financially during the COVID-19 pandemic than citizens of other high-income countries around the world, according to an international analysis.

“Data from our research demonstrates that U.S. adults, when compared to people in eight other high-income countries, face greater mental health and financial consequences from the COVID-19 pandemic,” said Reginald Williams II, a vice president at Commonwealth Fund, a private foundation that studies health care issues. “It is also notable that few U.S. adults believe that national leadership has done a good job of managing the pandemic when compared to other countries.”

Only one-third of Americans said President Donald Trump has done a “very good” or “good” job in handling COVID-19—a lack of faith in government not shared by most people in other developed nations, the survey found.

“It’s no secret that at a time when countries around the world are reopening, ours is still struggling to return to work and daily life,” said Dr. David Blumenthal, president of the Commonwealth Fund.

“As the number of confirmed COVID cases and deaths in the U.S. continue to climb, we need to start implementing public health measures that we know work, like mask-wearing, social distancing, and robust testing and tracing that can help us stop the spread of COVID-19 as so many others have effectively accomplished,” he said.

The Commonwealth Fund has been comparing health systems around the world for decades, but the COVID-19 pandemic presents a rare instance in which every nation surveyed is facing the same crisis at the same time, Blumenthal said.

Between March and May, the organization interviewed more than 8,200 adults in nationally representative samples from Australia, Canada, France, Germany, the Netherlands, New Zealand, Norway, Sweden, the United Kingdom and the United States.

The results were not flattering to the United States, which has lost quite a bit of international stature due to its COVID-19 response:

The crisis has revealed weaknesses in the United States’ approach to health care compared with other industrialized nations, said Dr. Eric Schneider, senior vice president for policy and research.

“The COVID-19 pandemic is revealing and amplifying the health challenges related to low income and poverty,” he said. “In light of this, we see five general features of the other countries’ health systems that may be blunting the mental health and economic challenges experienced by people of other countries and may be useful to the U.S. as it responds to the pandemic and looks to improve its resilience for future health disasters.”