Home » Health News » DR ELLIE: Is it blood pressure pills that give me a fainting feeling?

DR ELLIE CANNON: Is it blood pressure pills that give me a fainting feeling?

I often feel very faint. Could it be a side effect of the blood pressure medication I take?

The short answer is, yes. The most commonly prescribed medications for blood pressure are angiotensin-converting enzyme (ACE) inhibitors, calcium channel blockers and diuretics.

Familiar names will be ramipril, amlodipine and indapamide, and dizziness is a common side effect that’s likely to affect at least one in ten people who take them.

So while it can be normal with blood pressure medications to feel faint, particularly at the start of treatment or when getting out of bed, that doesn’t mean it should be dismissed – quite the opposite. 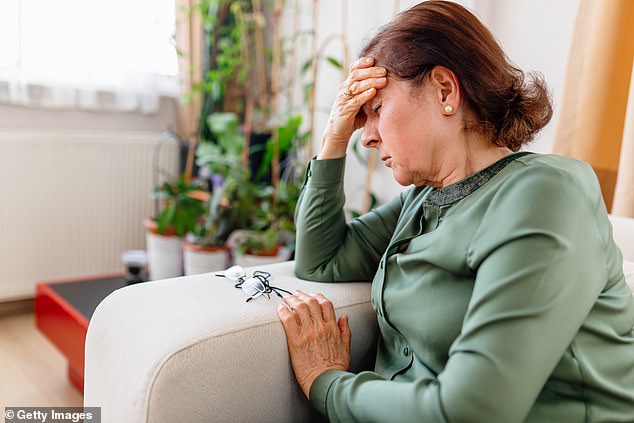 While it can be normal with blood pressure medications to feel faint, particularly at the start of treatment or when getting out of bed, that doesn’t mean it should be dismissed – quite the opposite, writes Dr Ellie (file photo)

Blood pressure is a measure of force the heart exerts in order to keep the circulation flowing around the body. When it drops too low, blood flow to the head can be compromised, leading to dizziness or even fainting.

This is risky as it can make people vulnerable to falls and is dangerous for driving or while operating machinery.

More from Dr Ellie Cannon for The Mail on Sunday…

If this is happening, regularly checking your blood pressure at home is important. Having a few readings from across a fortnight can help GPs make decisions.

A doctor will also want to know if the blood pressure changes between sitting to standing – a nurse in the surgery can check for this.

For some patients, the dose of medication they are on may simply be too high. This can be amended or the type of tablet can be changed.

Dizziness occurs for lots of reasons, from heart rhythm abnormalities to anaemia, so it is important to remember that blood pressure medication may not be the cause at all.

Over four months I have gradually lost my sense of smell. I’ve had an NHS home swab test for Covid, which proved negative. What else could it be?

Losing a sense of smell, or anosmia, was a symptom that GPs were familiar with long before Covid came along.

That being said, for anyone I saw with new anosmia over the past year I would have assumed it to be Covid, given how prevalent the virus has been. 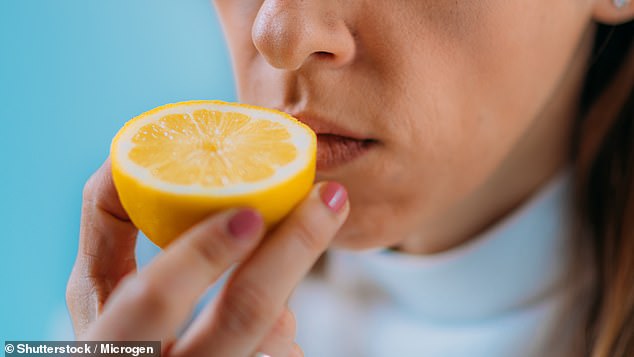 Losing a sense of smell, or anosmia, was a symptom that GPs were familiar with long before Covid came along, writes Dr Ellie (file photo)

A home Covid swab may have been taken too late or given a false negative, as they can be quite difficult to do well on yourself. For clarity, a doctor may offer an antibody test to see if there has indeed been a previous Covid infection – although, again, if the original infection was a while ago, this might come back negative too.

Do you have a question for Dr Ellie Cannon?

After catching Covid, most patients who lost their sense of smell will recover it after two to three weeks. Ten per cent will go on to suffer longer, and, based on what’s already known about post-viral anosmia, the majority of them would be expected to recover within 18 months.

Other causes of anosmia that have gone on for more than a few months should warrant a referral to an ear, nose and throat (ENT) specialist. This would be for investigations of the nose with what is a called a nasoendoscopy – a small camera that is inserted into the nostril.

An MRI scan of the brain may also be offered if there are concerns of other symptoms as well, such as a loss of taste. Most commonly, a loss of smell comes from nasal blockage – usually due to inflammation from allergies, ongoing sinusitis or nasal polyps – small fleshy growths. These causes may improve slightly with steroid nasal sprays.

Less commonly, it may be from injury or a deviated septum – the thin wall between the nostrils – and, rarely, can be a sign of a tumour within the nose.

Smoking – and ageing – also lead to some loss of sense of smell.

I applied thrush cream after suffering intimate itching for a few days but it seems to have made things worse. The area is now red, sore and even more irritated. What’s going on?

Have an inhaler? Make sure you use it properly 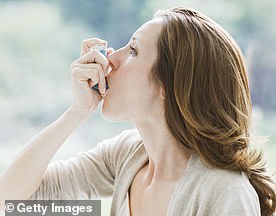 Thanks to one eagle-eyed reader for pointing out an inaccurate photo in my column two weeks ago.

I was writing about asthma, and the image with the article showed a person using an inhaler with their head in the wrong position, leaning forwards. This picture above shows a far more efficient way to use an inhaler.

Why is this important? Well, research suggests large numbers of asthmatics use their inhaler wrongly, meaning they don’t get the right dose of medication. Although everyone given an inhaler will be taught by a nurse or pharmacist how to use it, it’s easy to forget. The result is less well-controlled asthma, and worsening symptoms.

There are different types of inhaler, with different techniques for use. For a clear guide for your type of inhaler, visit the Asthma UK website at asthma.org.uk.

Vulval skin thrush is common and easy to treat, and for a new case of intimate itching an over-the-counter cream is a great idea to try. But if it doesn’t work within a few days, it is time to think again.

Thrush is a yeast infection and in women can occur in the vagina, causing white discharge and itchiness, or can occur just on the outside, on the vulva, causing soreness and itching.

Thrush creams tend to be very effective, so a worsening irritation implies that something else is going on.

The vulval area can become itchy and irritated for a number of reasons. This could be diagnosed by a GP and warrants an examination to see skin changes such as redness, spots or skin thinning.

It simply could be an irritation of the skin, such as vulval dermatitis or eczema. This can happen spontaneously or in response to irritating washing powder, underwear, soaps and even coloured toilet paper.

Female health experts always recommend washing in plain water rather than soaps which can irritate the skin.

This kind of complaint will respond well to using a plain emollient cream and a steroid cream for a few days.

Aqueous cream from the chemist can be used instead of soap and can also be kept in the fridge, to dab on when cool to calm the skin.

An examination is important as itching can be caused by other reasons, such as vulval atrophy, which occurs after the menopause due to a lack of oestrogen or a condition called lichen sclerosus where the skin can become white and patchy and fragile. Psoriasis can also occur on the vulva and cause itching, as can herpes.

I am delighted children are now back in school – something I’ve been campaigning for all year.

Part of their return relies on a new system of regular testing, but I have concerns after reports that entire school ‘bubbles’ are already having to isolate for ten days if a single pupil gets a positive result on a lateral flow test.

The kids and their families are being told to remain at home, even if they subsequently get a negative result on the a more accurate PCR test at home. But there is no scientific basis, as far as I can see, in keeping children at home and out of school in large numbers if they get a negative PCR test.

I appeal to anyone listening in the Government to please, just sort this out.