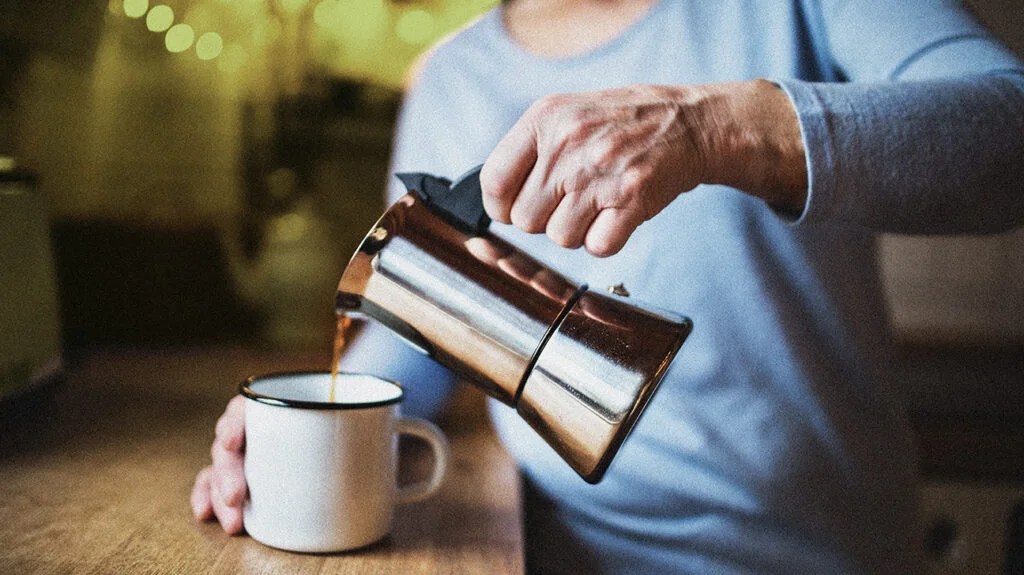 Parkinson’s disease is a progressive brain disorder characterized by tremors, rigidity in the limbs and torso, and movement and balance problems. People with the condition also have an increased risk of depression and dementia.

According to the U.S. National Library of Medicine, more than 1 million people in North America and more than 4 million people worldwide have Parkinson’s disease. In the United States, about 60,000 people receive a diagnosis each year.

Around 15% of people with the disease have a family history of Parkinson’s, which suggests they inherited genes that increased their risk of developing the condition. However, most cases result from a complex, poorly understood interaction of genetic and environmental factors.

A 2010 review of previous research found that the more caffeine people regularly consumed, the lower their risk of developing Parkinson’s.

Another study showed that people with Parkinson’s who have no genetic risk factors for the disease have lower caffeine levels in their blood than people without the disease.

A team led by researchers at Massachusetts General Hospital in Boston, MA, set out to discover whether coffee might also protect people with a mutation in the LRRK2 gene. Having this gene increases the risk of developing the disease but does not guarantee it.

The researchers found that the differences in the blood caffeine levels between people with Parkinson’s and those without were greater among individuals with this genetic mutation.

“These results are promising and encourage future research exploring caffeine and caffeine-related therapies to lessen the chance that people with this gene develop Parkinson’s … It’s also possible that caffeine levels in the blood could be used as a biomarker to help identify which people with this gene will develop the disease, assuming caffeine levels remain relatively stable.”

The authors published the study in the journal Neurology.

The scientists analyzed blood plasma samples from 368 individuals enrolled in the LRRK2 Cohort Consortium, a research project established in 2009 coordinated and funded by the Michael J. Fox Foundation for Parkinson’s Research.

One group contained 188 individuals with Parkinson’s, and the control group included 180 people without the disease. Around the same proportion of each group had a mutation in the LRRK2 gene.

When the researchers compared the chemical profile of plasma from the two groups, they found the levels of five particular chemicals differed the most — all of them caffeine-related.

Concentrations of all five chemicals were significantly lower among individuals with Parkinson’s disease than those without the disease.

Among those with a non-mutated LRRK2 gene, caffeine concentration was, on average, 31% lower in the plasma of those with Parkinson’s than those without the disease.

Caffeine levels were 76% lower among people with Parkinson’s and a mutated LRRK2 gene compared with controls.

To cross-check their findings, the researchers also looked at questionnaires filled out by 212 of the participants detailing how much caffeine they consumed.

This revealed that people with Parkinson’s and a mutated LRRK2 gene consumed 41% less caffeine per day than people who did not have Parkinson’s regardless of whether they carried the mutated gene.

The researchers are careful to point out that their study showed an association between caffeine and Parkinson’s disease. It didn’t prove that caffeine consumption protects people against the disease.

For example, there remains the possibility that having a mutation in the LRRK2 gene not only increases a person’s risk of Parkinson’s but also makes them less inclined to consume caffeinated drinks.

“We don’t know yet whether people who are predisposed to Parkinson’s may tend to avoid drinking coffee or if some mutation carriers drink a lot of coffee and benefit from its neuroprotective effects,” says Crotty.

In addition, Crotty notes that the study looked at people at one point in time, so it does not say anything about when any protective effect occurs or how caffeine might affect the disease’s progression.