The global health situation was pretty intense when COVID-19 first swept across the country—and the world. People were forced into lockdown, with little to no warning, and there was a constant fear of contracting the virus. While stay-at-home restrictions have eased up in most places of the country, the worry surrounding the novel coronavirus lingers, as does the question of whether or not there could be a second wave of COVID-19.

Public health experts have warned about a possible second wave of COVID-19 for weeks, and it’s a term that keeps coming up. In a recent interview with CNN, White House health advisor Anthony Fauci, MD, said that a second wave of coronavirus “could happen” but that it’s “not inevitable.” Dr. Fauci also told The Washington Post that he has “no doubt” there will be an increase in COVID-19 cases in the fall.

He’s not the only one who thinks a second wave is coming: “The virus isn’t going anywhere any time soon,” says infectious disease expert Amesh A. Adalja, MD, senior scholar at the Johns Hopkins Center for Health Security. And with people assembling in crowds again—including for protests—there is a risk of a new spike in cases, he adds.

There are also concerns that COVID-19 could be somewhat seasonal, like the flu, and may come back in a prominent way in the fall. While the flu is always technically around, “it’s transmitted more in the late fall and winter, and then essentially goes away in summer,” William Schaffner, MD, an infectious disease specialist and professor at the Vanderbilt University School of Medicine. “But when it reappears, it’s quite dramatic. That’s expected to happen with COVID-19,” he says.

Okay, but asking for a friend here: What does a second wave mean, exactly? And how worried about this should we be? Here’s everything you need to know.

How do you define a “second wave” of a virus?

FWIW, there’s no official definition of a second wave. “A lot of it is open to interpretation,” Dr. Schaffner says. Basically, there’s no set number of cases that need to be reached in a particular period of time in order for an uptick to be considered a second wave, he explains.

Public health experts have generally agreed on a basic idea behind a second wave, though. “A second wave refers to a period of increasing disease transmission following an overall decline,” says Richard Watkins, MD, an infectious disease physician in Akron, Ohio, and a professor of internal medicine at the Northeast Ohio Medical University. “When the overall rate of COVID-19 transmission has declined across the country, and then begins to climb again, that will indicate a second wave.”

There could be smaller increases in cases of the virus here and there—and that’s happening right now in various parts of the country. But what will usually be considered a second wave, at least from a national perspective, is a big resurgence in cases, Dr. Schaffner says.

What causes a second wave of a virus?

Some viruses just work this way, Dr. Schaffner says. “The main reason you get a second wave is that plenty of people didn’t get the virus the first time around,” he says. That keeps the general population from building up herd immunity (a situation where a large proportion of a population is immune to an infectious disease) and leaves more people open to potential infection, he explains.

This has happened with viruses in the past. For example, the 1918 influenza pandemic actually happened in three waves (in the spring, fall, and winter), according to the Centers for Disease Control and Prevention (CDC). The World Health Organization (WHO) also warns that pandemic waves “can be separated by months and an immediate ‘at-ease’ signal may be premature.”

But there is some human error involved in second waves, too. “The second wave will likely occur as people become lax about social distancing and mask-wearing,” Dr. Watkins notes. And, as it gets colder and we enter winter months in the U.S., people will be inside more—sharing the same air—which can also lead to more infections, he says. Dr. Schaffner adds that infections can be accelerated and lead to an even bigger wave if people don’t do the social distancing that was effective in the first wave.

It’s also worth pointing out that a virus can mutate, leading to a second wave. The flu does this every year, which is why it’s so important to get an annual flu shot, Dr. Schaffner says.

Could a second wave be worse than the first?

Yeah, it’s possible. “A second wave of COVID-19 could potentially be more severe because it has a longer time to run,” Dr. Schaffner says. Think of it this way: COVID-19 is thought to have originated in Wuhan, China, in late December. It started spreading in communities in the U.S. in February, which is halfway through the winter, a time when infectious diseases like this typically spread.

“COVID-19 was introduced midway through the influenza season this year,” Dr. Schaffner says. “If it gets a head start in October or November, it has more winter months to spread and cause more people to become ill.” And while many people have been living on-edge worrying about COVID-19, “the vast majority of the population in the U.S. has not yet experienced it,” Dr. Schaffner points out; that raises the risk that more people could become infected with a second wave.

Is there any evidence right now to suggest that a second wave of COVID-19 will for sure happen?

At this point, concerns of a second wave are largely based on theory and historical data of other serious respiratory infections. “It is too early to say with any degree of certainty, although it is obviously concerning,” Dr. Watkins says.

There’s no official info from the CDC or WHO that states that a second wave definitely will happen as of now, but experts from both organizations, along with other doctors, still warn that it’s a possibility.

Dr. Adalja adds that COVID-19 isn’t just magically going to disappear without a vaccine, so cases are expected to go up again in the future. “Whether you call that a second wave or just persistence of this one is up to you,” he says. “Will we still be facing this virus in the fall? Yes.”

When could the second wave of coronavirus hit?

COVID-19 isn’t working off of a timeline, and it’s possible for a second wave to happen, well, any time, Dr. Adalja says. Iran saw a jump in COVID-19 cases seven weeks after the country eased lockdown restrictions, and an analysis of cases conducted by The Los Angeles Times shows that the number of weekly cases in California continues to rise.

But, in general, experts expect that a second wave will be more of a concern after the summer is over. It will most likely happen “as the weather turns colder,” Dr. Watkins says. 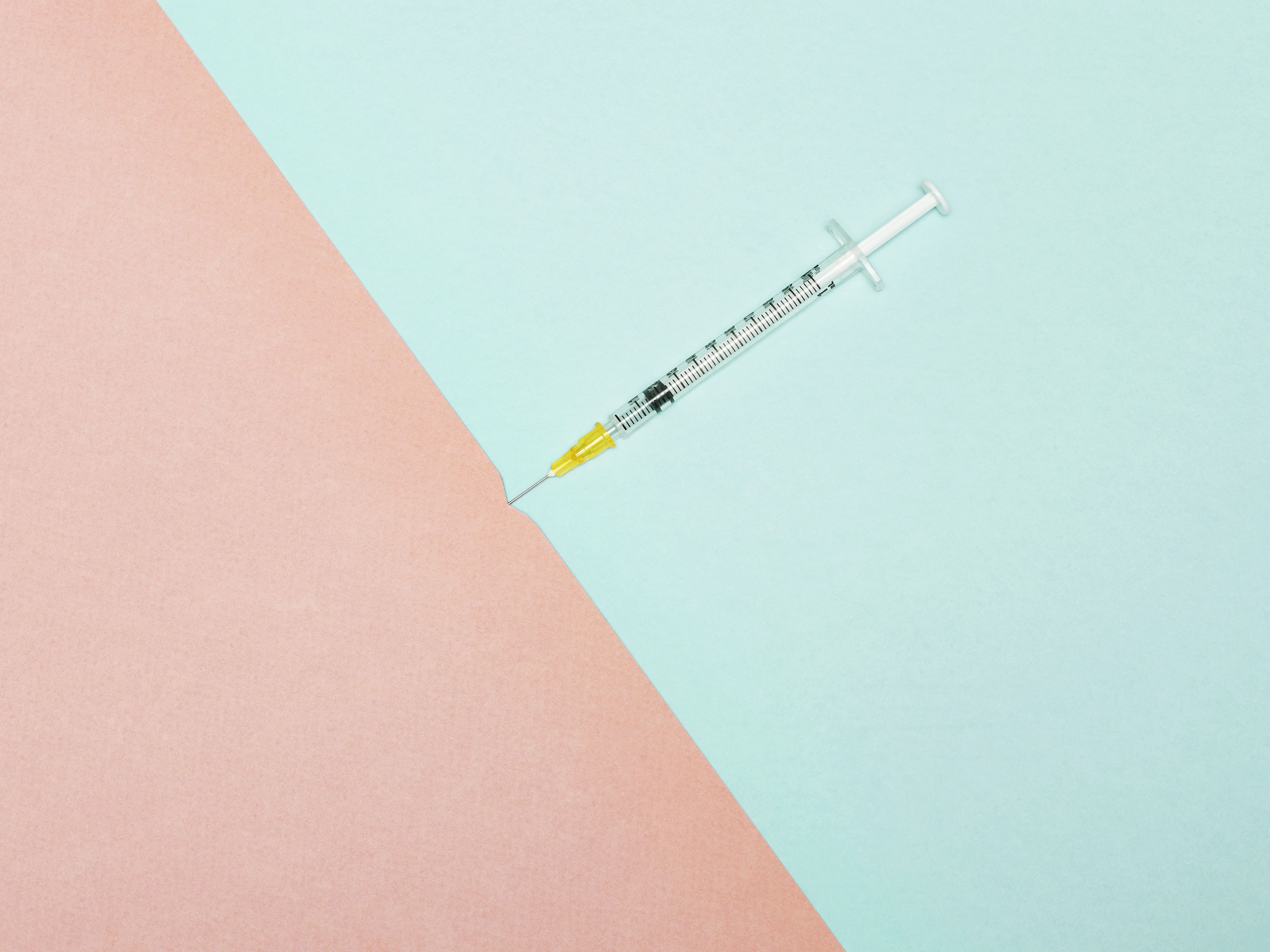 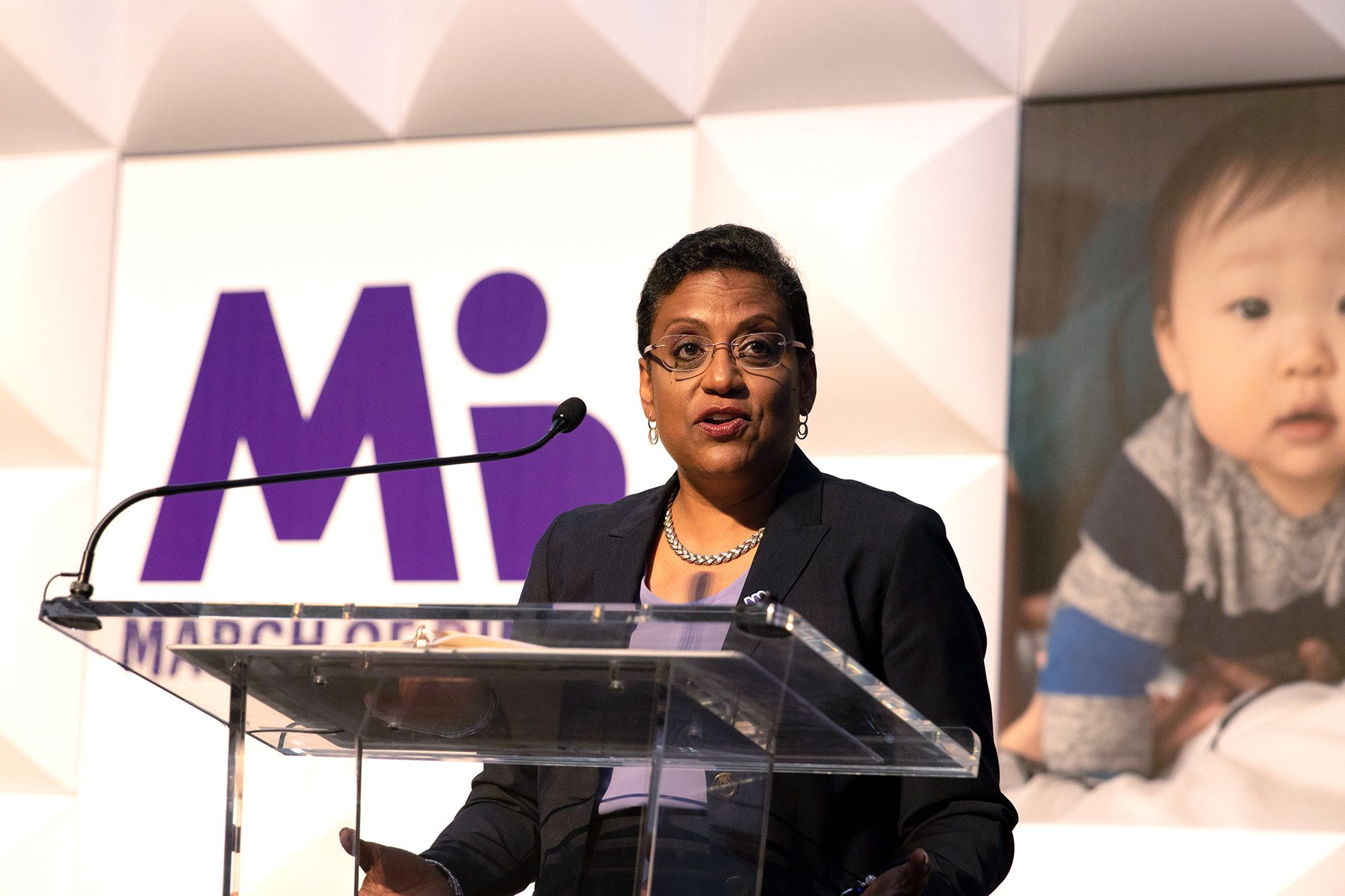 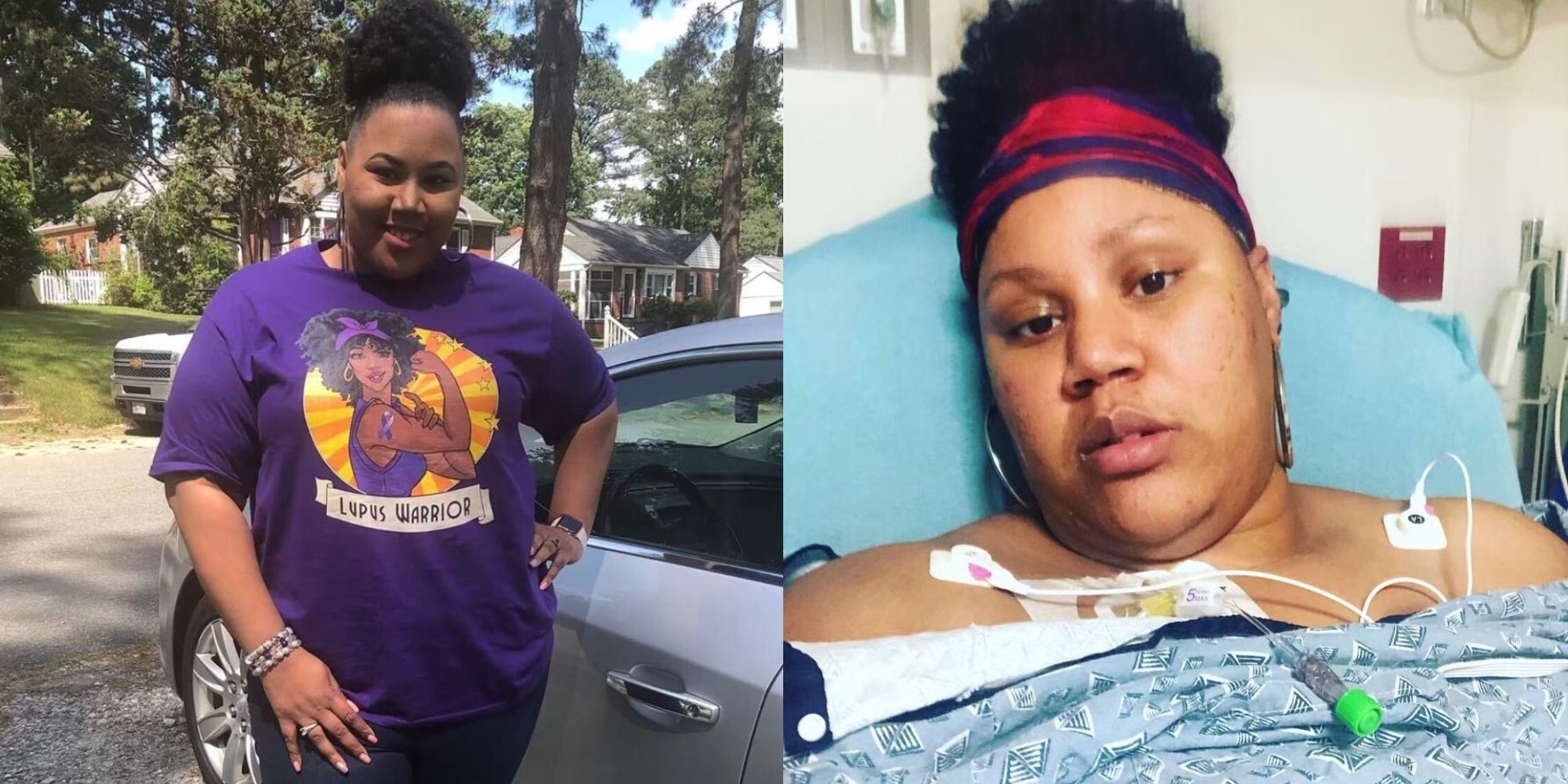 The virus won’t just disappear in the summer, but certain factors like higher temperatures and spending less time in crowded indoor areas may help keep case counts somewhat down in the warmer months, Dr. Schaffner says. It’s not a guarantee, though, and tbh, it can be hard to tell for sure given that COVID-19 is a new virus.

A new study of epidemiological models published in the journal Science determined that, without effective control measures, “strong outbreaks” of COVID-19 are “likely” in more humid climates and “summer weather will not substantially limit pandemic growth.” But again, that’s a model.

Also, keep in mind that the protests that are happening across the country are bringing large crowds together. Any time there is a crowd, there is a chance that COVID-19 can spread, Dr. Schaffner points out. And, with that, there is a risk that a second wave may happen sooner than expected. So, if you’re protesting, it’s still a good idea to practice COVID-19 prevention strategies as best as you can. 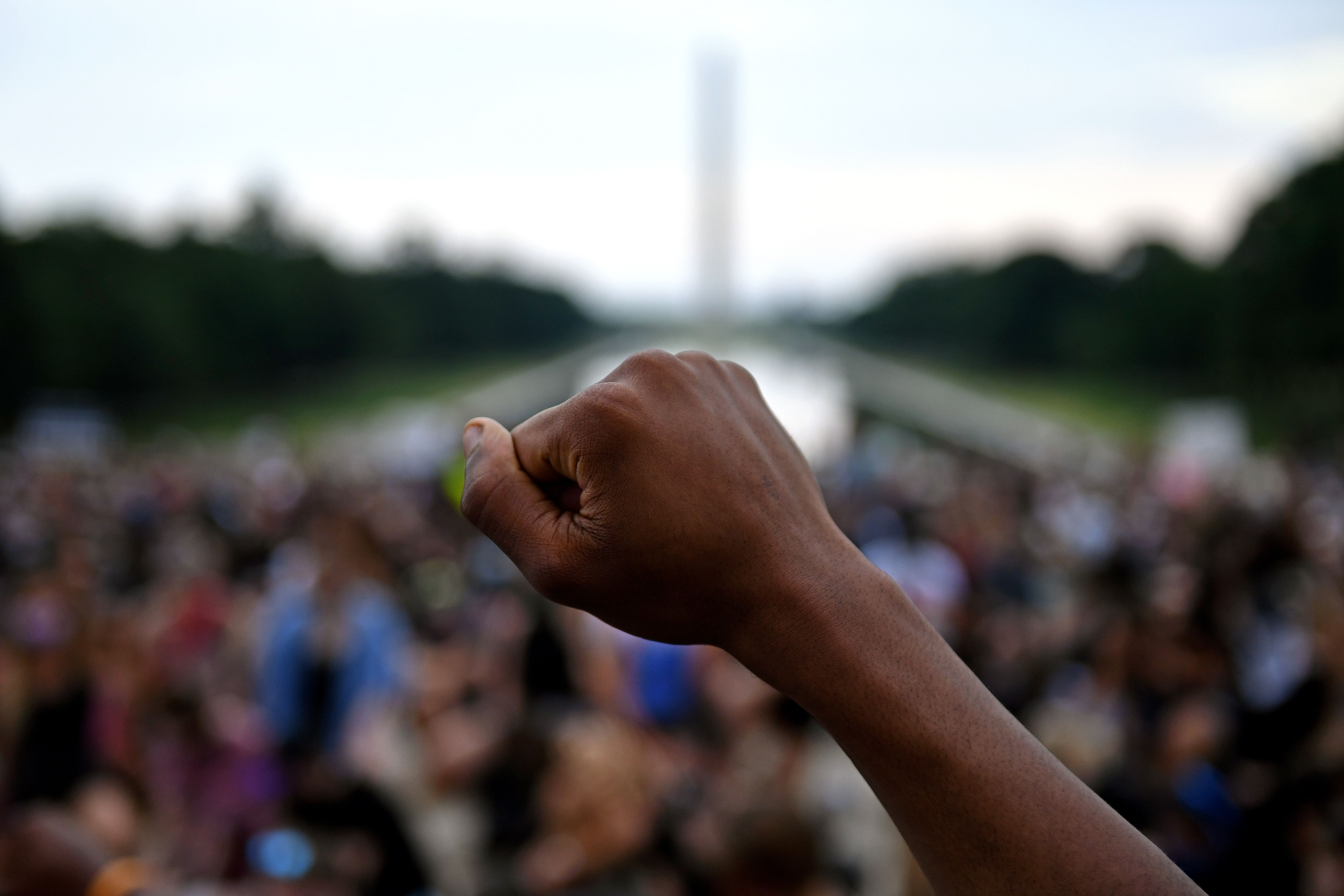 Could there be another lockdown?

Lockdowns are determined by local governments, and it’s hard to say for sure what different states and areas will do in the future. Still, Dr. Adalja doesn’t think we’ll see a shutdown like we experienced in the past. “Instead, there may be more precision-directed types of measures,” he says, including continuing to encourage social distancing and limiting mass gatherings and unnecessary travel. “It’s clear the fall of 2020 is not going to be the same as the fall of 2019,” Dr. Adalja says.

But Dr. Watkins says a lockdown “might be necessary.” It’s already happened in Singapore, Hong Kong, and parts of China after the countries experienced a new spike in cases, he says.

Can there be *more* waves?

While there’s been a big focus on the second wave, there’s no limit to the number of waves we can experience with COVID-19. “Unfortunately, waves will likely continue until either there is an effective vaccine or at least 70 percent of the population becomes infected,” Dr. Watkins says. “Some models suggest COVID-19 might be around for a few more years.” It’s honestly impossible to say for sure right now.

Technically, the flu keeps having new waves each fall and winter, Dr. Schaffner points out, and it’s possible things might get to the same point with COVID-19. “But, if we had to bet, that’s where we’d put our dollar,” he says. “The hope is that we will get at least a partially effective vaccine that’s safe that we can employ widely.” And the *good* news here is that researchers have made some headway with a vaccine.

3 in 10 adolescent caregivers in UK consider self-harming; 1 in 10 consider harming others