Fitspo, as it is colloquially known, sees toned influencers sharing pictures or videos of themselves exercising with the goal of motivating others.

Such posts are common on social media sites such as Instagram, where women can gain millions of followers by posting such fitness content.

Jen Selter, an American fitness influencer who regularly uploads content of herself working out, for example, has 13.5million people subscribed to her channel.

But according to Aurélien Daudi, a sports science researcher from Malmö University in Sweden, such women are falling into a narcissistic trap where they are only driven to exercise by wanting approval from others.

The posts resulting from this cultivated sexy image could go on cause other women mental distress as they compare their realistic bodies to these idealised versions, he added.

Writing in a journal, he said: ‘Viewing and engaging in this behavior is linked to a deterioration of body-image, general self-perception and mental well-being.’

‘Fitspiration captures the essence of the problematic side of social media,’ he added. 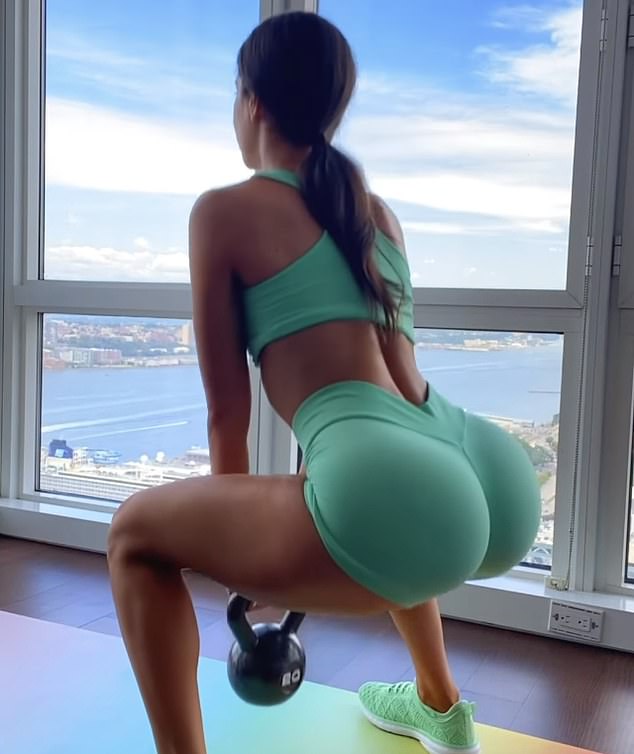 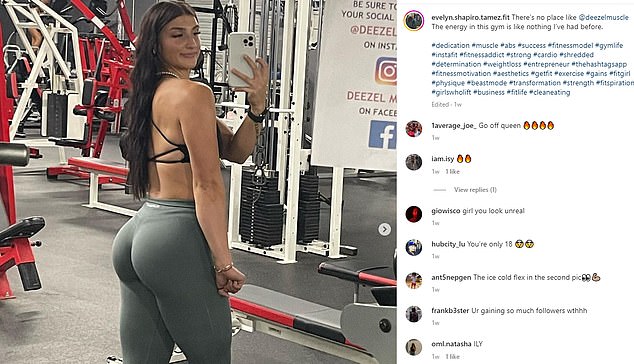 Evelyn Tamez, an 18-year-old from Arizona with 38,000 followers on Instagram frequently posts pictures of her gym workouts under the #fitspiration tag 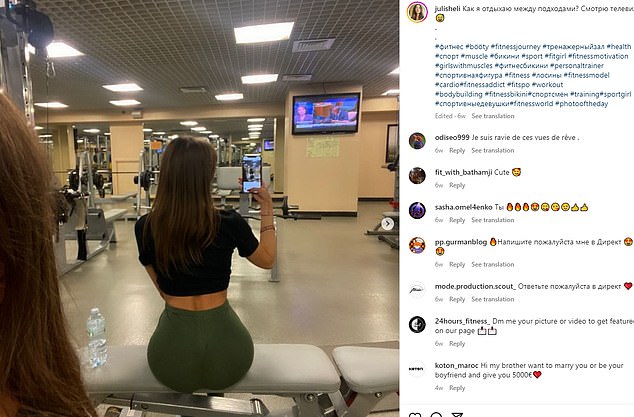 Julisheli, an Instagram model from Moscow also uses the #fitspo tag to show her active wear to her almost 72,000 followers on the social media platform

‘Within this culture, there is a great focus on the well-trained, attractive and “sexy” body.’

He argued that the true purpose of these posts could be revealed by examining what they focused on.

‘The pictures on social media are usually not centred specifically on the training itself, even if the captions often contain clear references to exercise,’ he said.

‘The pictures instead tend to either show carefully chosen poses or highlight selected body parts.’

He argues fitspiration allows women to circumnavigate social norms surrounding ‘conspicuous flaunting of the body as a sexually desirable object’.

This, Mr Daudi, argues has been dubbed by philosophers as ‘pornoflation’, a trend where increasing exhibitionism, even of ‘intimate’ behaviour, is used to garner social attention.

Social media, with its instant gratification in the form of likes and shares lends itself easily to this trend.

The result, he says, is a situation where women engage in exercise merely to please others with their bodies, rather being motivated to get fit.

They then get caught in a ‘feedback loop of posting more images for more approval, he added.

‘The phenomenon of “fitspiration,” which appears on the surface to be a benign sheep, enabling free and emancipated self-expression without restraints or inhibitions, seems in fact to conceal a malicious wolf, ready to prey on the cracks in the façade of the self – beneath which is exposed the frail and vulnerable human subject,’ he said.

While both men and women post pictures in online fitness cultures, he said younger women are more exposed to idealised bodies via the media, making them potentially more vulnerable.

‘More young women than men publish on social media within the framework of the phenomenon,’ he said. 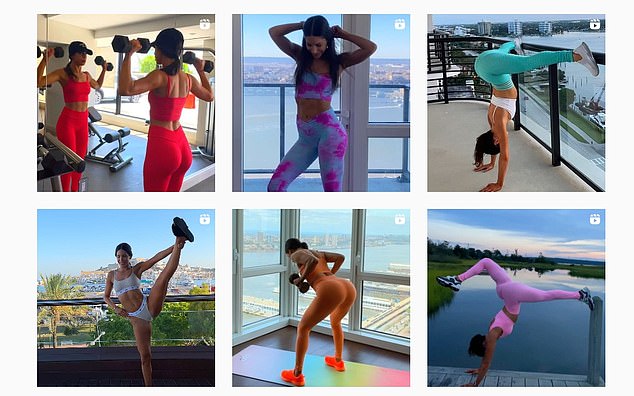 Mr Daudi published his reasoning in the journal Physical Culture and Sport Studies and Research.

One of the biggest ‘fitness motivation’ influencer, Selter has 13.5million followers on Instagram.

The 29-year-old frequently posts pictures and videos of herself in skin-tight outfits performing yoga or using dumbbells that usually have her derrière featured front and centre, some receiving as many as 200,000 likes.

Some of these are so risqué that her followers have suggested she sets up an an account on Onlyfans and sell them as adult content.

Evelyn Tamez, an 18-year-old from Arizona with 38,000 followers on Instagram, frequently posts pictures of her gym workouts, sometimes cupping her breast and showing off her butt under the #fitspiration tag.

While Julisheli, an Instagram model from Moscow, also uses the #fitspo tag to show her activewear to her almost 72,000 followers on the social media platform.

The effectiveness of intranasal COVID-19 vaccination in healthy adults