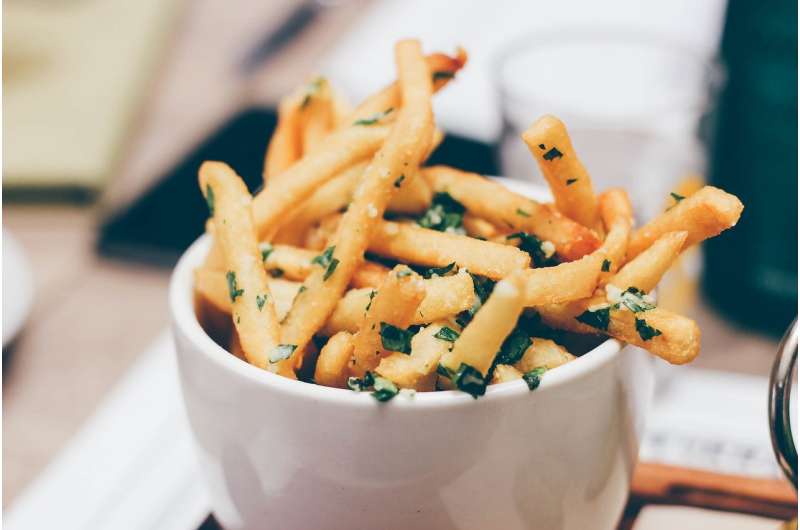 Fried-food intake is linked to a heightened risk of major heart disease and stroke, finds a pooled analysis of the available research data, published online in the journal Heart.

And the risk rises with each additional 114 g weekly serving, the analysis indicates.

It’s clear that the Western diet doesn’t promote good cardiovascular health, but it’s not clear exactly what contribution fried food might make to the risks of serious heart disease and stroke, say the researchers.

To shed some light on this, they trawled research databases, looking for relevant studies published up to April 2020, and found 19.

They pooled the data from 17, involving 562,445 participants and 36,727 major cardiovascular ‘events’, such as a heart attack or stroke, to assess cardiovascular disease risk.

And they pooled the data from six, involving 754,873 participants and 85,906 deaths over an average monitoring period of 9.5 years, to assess the potential link between fried food consumption and deaths from cardiovascular disease and from any cause.

These risks substantially increased by 3%, 2%, and 12%, respectively, in tandem with each additional 114 g weekly serving.

Several studies included only one type of fried food, such as fried fish, potatoes, or snacks, rather than total fried food intake, which may have underestimated the associations found, suggest the researchers.

No associations were found for deaths from cardiovascular disease or from any cause, but this might be because of the relatively small numbers involved, say the researchers.

The design of the included studies varied considerably, added to which, they all relied on memory—factors that should be taken into consideration when interpreting the results, caution the researchers.

And how exactly fried foods might influence the development of cardiovascular disease isn’t entirely clear, they point out, but suggesting several possible explanations.

Fried foods boost energy intake because of their fat content and they generate harmful trans fatty acids from the hydrogenated vegetable oils often used to cook them.

Heart attack symptoms: The change in your mood that could signal the deadly condition

What is Polyethylene Glycol (PEG)?