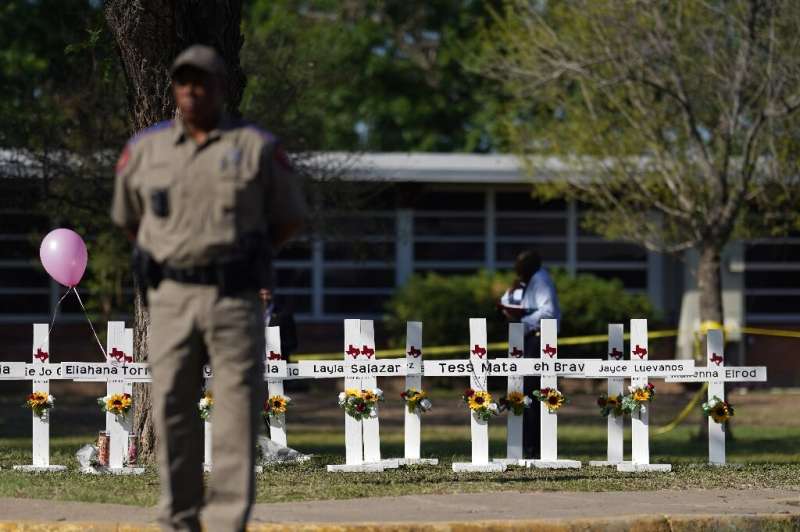 Firearm deaths have surpassed motor vehicle crashes as the leading cause of death among American youngsters, with official data showing a strong rise in gun-related homicides such as the killing of 19 children in a Texas school rampage.

Overall, 4,368 children and adolescents up to the age of 19 died from firearm-caused injuries in 2020, a rate of 5.4 per 100,000 a dashboard by the Centers for Disease Control and Prevention (CDC) showed.

Homicides made up nearly two-thirds of the gun deaths.

By comparison, there were 4,036 deaths linked to motor vehicles, the previous leading cause of death among this age group.

The gap has been narrowing as road safety measures have improved over the decades, while gun related deaths have risen.

The trend lines crossed in 2020, the latest year for which data is available—a finding identified in a letter to the New England Journal of Medicine (NEJM) last week.

The letter’s authors noted the new data was consistent with other evidence that gun violence rose during the COVID-19 pandemic, for reasons that aren’t fully clear, but “it cannot be assumed that (it) will later revert to pre-pandemic levels.”

The newly-updated CDC dashboard shows that nearly 30 percent of the deaths were suicides, just over three percent were unintentional, and two percent were of undetermined intent.

A small number were categorized as “legal intervention” or self-defense.

The deaths disproportionately impacted Black children and adolescents, who were more than four times as likely to die as white children—for whom motor vehicles still posed a greater threat.

The second most impacted group by guns were American Indians.

Males meanwhile were six times likelier to die by a gun than females.

By region, the gun-related death rate was highest in the capital Washington, followed by the state of Louisiana, then Alaska.

The figures served to underscore that while mass shootings such as the one in Uvalde provoke horror, they make up only a tiny fraction of overall childhood gun deaths.

“Since the 1960s, continuous efforts have been directed toward preventing deaths from motor vehicle crashes,” wrote the authors of another recent letter to the NEJM, contrasting the situation with that of firearms, where regulations have been loosened.

“Scientists should not sit on the sidelines and watch others fight this out,” he said.

Research may lead to new insights on the genetics of height