Caption Tom Moore has been suffering from pneumonia in recent days and was being looked after by his family at home. However, he tested positive for coronavirus on Sunday and was admitted to Bedford Hospital for help with his breathing, his daughter Hannah has confirmed, although he is not in intensive care.

She tweeted late on Sunday evening: “He was at home with us until today, when he needed additional help with breathing.

“The medical care he has received in the last few weeks has been remarkable and we know that the wonderful staff at Bedford Hospital will do all they can to make him comfortable and hopefully return home as soon as possible.

“We understand that everyone will be wishing him well.

“We are of course focusing on my father and will update you when we are able to.” 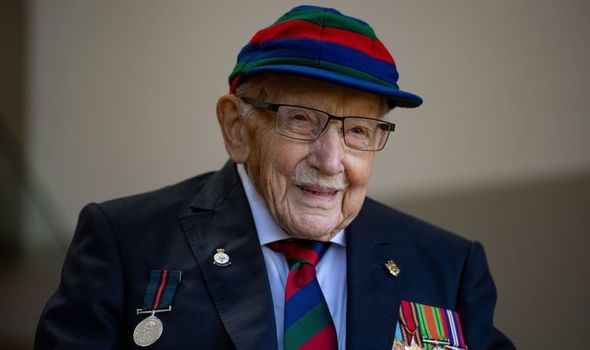 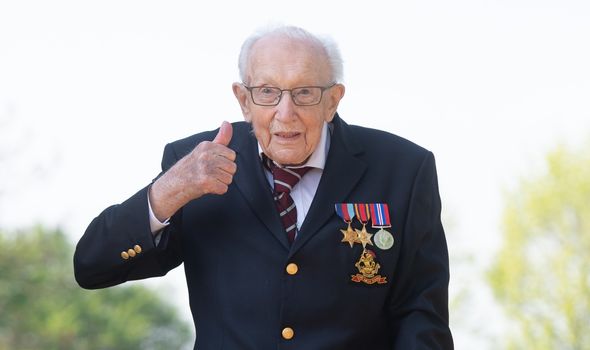 It is understood that Captain Tom and his family spent Christmas in Barbados, despite coronavirus restrictions.

Messages of support have flooded in for the former veteran, who shot to fame earlier this year following his charitable efforts in which the then-99-year-old walked 100 laps of his garden to raise money for NHS charities.

Sir Tom said he set about raising the money, with an original target of £1,000, “for the sake of the nurses and the NHS we have, because they are doing such a magnificent job”.

He went on to break two Guinness world records – becoming the oldest person to get a No 1 single in the UK charts and raising the most money ever for doing an individual charity walk. 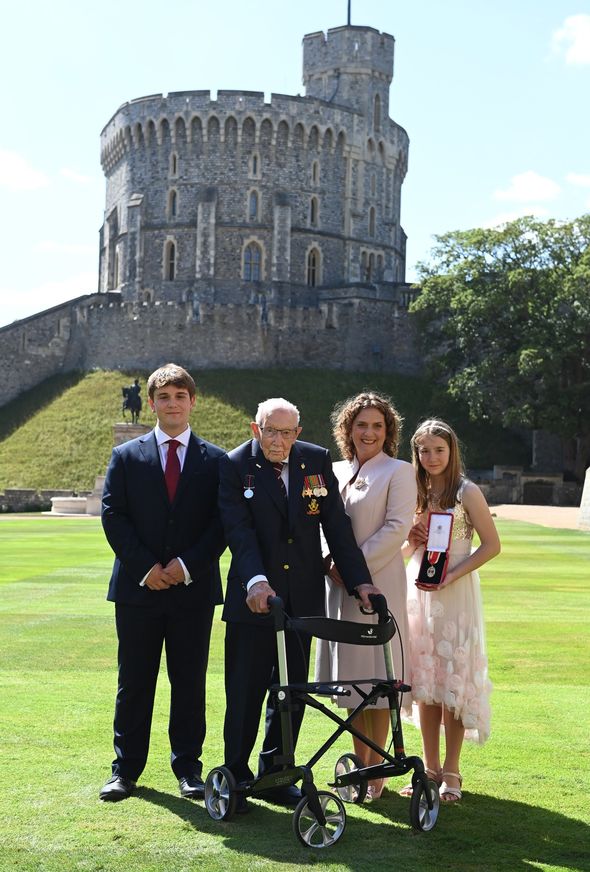 He raised almost £32 million and was knighted by the Queen in a special investiture at Windsor Castle earlier this year.

The Prime Minister Boris Johnson tweeted: “My thoughts are very much with @CaptainTomMoore and his family.

“You’ve inspired the whole nation, and I know we are all wishing you a full recovery.”

“You’ve been an inspiration to us all throughout this crisis.”

The Twitter account for England’s national football teams said: “We’re very sorry to hear this. We are thinking of you all and hoping Captain Sir Tom makes a full and speedy recovery.”

In an interview in December, Captain Tom said he was not frightened of the virus, saying he was “not a worrying sort of person”.

He added: “I’ve always believed things will get better. The sun will shine again, the birds will sing and we’ll all have a lovely day tomorrow.” 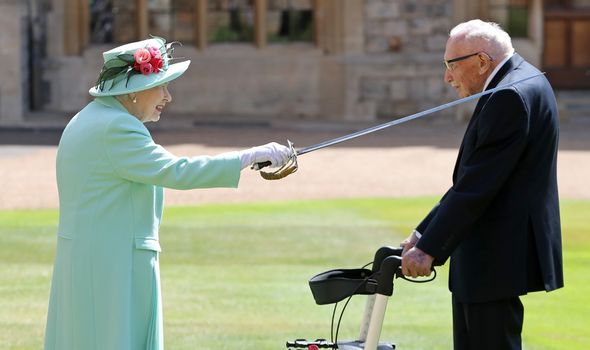 No. He did not receive his vaccine, despite being in the age bracket which permits him to have before the wider population, due to treatment for pneumonia in recent weeks.

A spokeswoman for the family said: “Because of the medication he was taking for his pneumonia he couldn’t have the Covid jab.

“But other than that, the information that was in his daughter Hannah’s statement is all we can share at the moment.

“Everyone is sending positive thoughts his way.”