High blood pressure describes the force at which blood is pumped around the body through the arteries. When the artery walls are consistently hit with such impact, they become damaged. Lifestyle factors can greatly influence whether or not someone develops high blood pressure, with work being one variable.

A Canadian study published in the American Heart Association journal Hypertension – the medical term for high blood pressure – revealed the exact amount of time spent in work that can increase the risk of the condition.

For the five-year experiment, 3,500 “white-collar” workers (a person who performs professional, managerial, or administrative work inside an office) wore blood pressure monitors.

The blood pressure monitor records their resting blood pressure in the morning and during the rest of the workday – with random samples taken three times in five years.

Results showed that participants who said they worked 49 hours or more per week had a 66 percent increased risk of high blood pressure (hypertension) compared to those who logged 40 hours a week or less.

The long office workers also had a 70 percent greater risk of masked hypertension – which is when there’s a normal blood pressure at the doctor’s office but it becomes high while at home or elsewhere, such as work.

For those who worked between 41 and 48 hours per week had a 51 percent greater risk of developing hypertension and 33 percent of those were at an increased risk for masked hypertension.

The authors of the study found that the link between working longer hours and hypertension was the same for men and women. 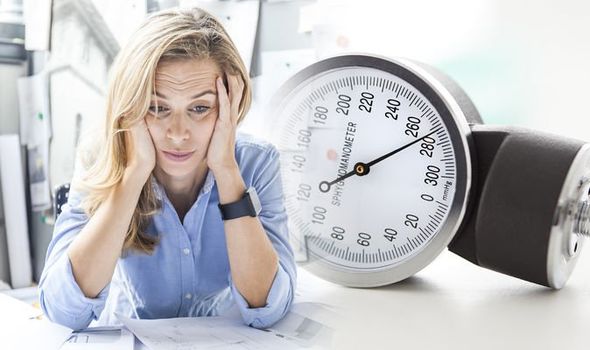 “If [people are] working long hours, they should ask their doctors about checking their blood pressure over time with a wearable monitor,” lead study author Xavier Trudel, an assistant professor of social and preventive medicine at Laval University, said.

“Masked hypertension can affect someone for a long period of time and is associated, in the long term, with an increased risk of developing cardiovascular disease.”

In short, the study concludes that working more than 40 hours per week increases your risk of high blood pressure and masked hypertension.

The American Heart Association notes that too much stress can contribute to the increased risk of developing high blood pressure.

This is because those who are stressed are more likely to engage in destructive behaviours, such as excessive alcohol consumption, tobacco smoke and an unhealthy diet.

The body reacts to stress by releasing adrenaline and cortisol into the bloodstream, which prepares your body for the fight or flight response.

This, in turn, leads to an increased heart rate (meaning the heart is beating faster) and constricts blood vessels to move blood away from the extremities (such as hands and feet) to the core of the body. 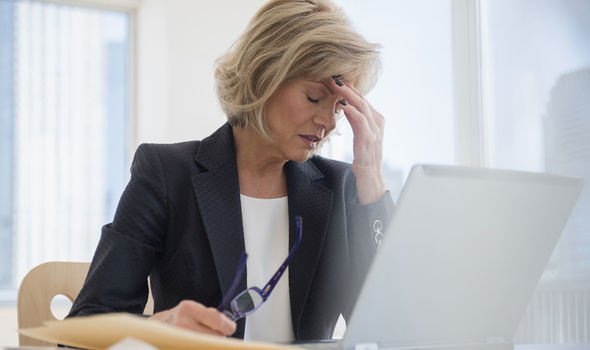 As soon as stress subdues, the heart rate slows down and blood vessels dilate – highlighting how chronic stress puts unnecessary stress on the body.

Managing stress levels can be a vital tool in preventing high blood pressure in the long term.

The charity advises thoughtful time management is one way to reduce the feeling of stress.

To elaborate, don’t try to pack too much in such a short amount of time. Try to be realistic about what can be achieved in a certain time frame. 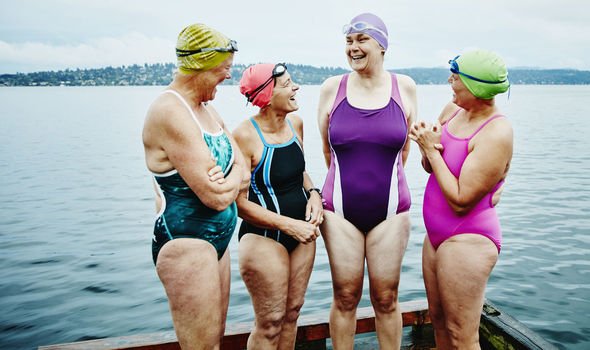 Learning to say “no” can also be a useful habit. This can include re-evaluating priorities and reducing your to-do list to a reasonable amount.

Carving 15 minutes of your day to sit quietly, breathe deeply and think of a peaceful picture can be a great way to gain some serenity in your day.

Relaxing for short periods throughout the day may help lower blood pressure, as can exercising.

Do what you enjoy, whether that’s taking long walks, going swimming or riding a bicycle.

Combining exercise with people who add joy to your life is very beneficial for your health.

Diabetes type 2 warning: Do your genitals feel like this? The symptom you shouldn’t ignore

How has the COVID-19 pandemic impacted the diagnosis of new cancers?