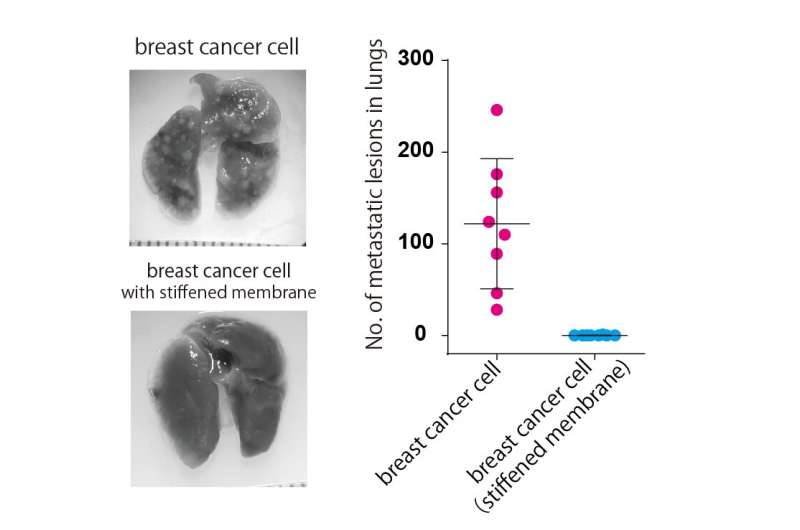 The membranes of cancer cells are more pliant than the membranes of normal cells. A research collaboration has discovered that cancer invasion and migration can be supressed in mice by manipulating the stiffness of the cell membrane. The research group included Lecturer Tsujita Kazuya and Professor Itoh Toshiki, both of Kobe University’s Biosignal Research Center, and Lecturer Satow Reiko and Professor Emeritus Fukami Kiyoko from Tokyo University of Pharmacy and Life Sciences.

It is hoped that this finding can be applied to the development of novel cancer treatments that exploit the physical characteristics of cells.

These research results were published in Nature Communications on October 11, 2021.

Metastasis is the major cause of cancer-related deaths. As a cancer cell’s malignancy increases, it undergoes amoeba-like structural changes that enable it to migrate more easily. It moves away from the primary lesion, triggering distant metastasis. In recent years, research has revealed that these significant changes to cellular structure and motility are controlled by the physical characteristics of the cell itself. In fact, it has been reported that cancer cells are comparatively ‘soft’ compared to normal cells. The connection between changes in a cell’s physical characteristics and its malignancy has received much attention. However, is not known exactly which physical characteristics are related to a cell’s cancerous nature. 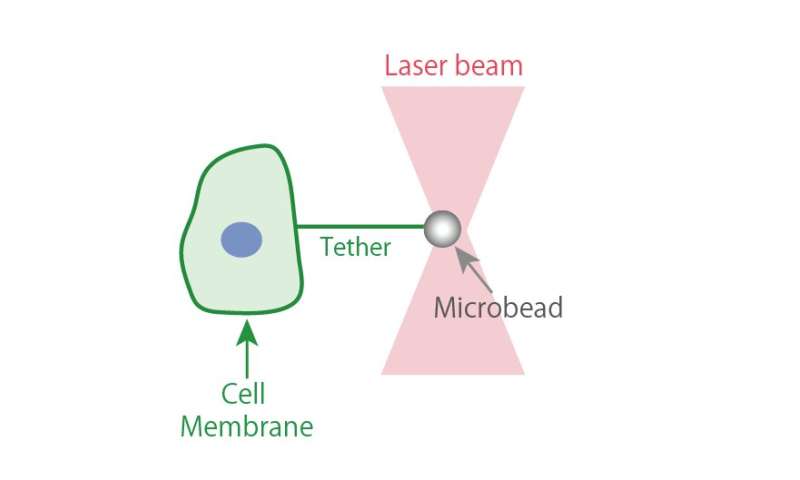 In their research, Tsujita et al. used optical tweezers to pull the cell surface membrane and analyze it, which enabled them to determine that cancer cells are comparatively softer than normal cells. The firmness of the cell membrane is regulated by the actin cytoskeletal networks that attach to it. This study revealed that in cancer cells, the ERM proteins that maintain this membrane-actin attachment are dissociated from the cell membrane, which makes the membrane soft.

By securely attaching ERM proteins to cancer cell membranes, the researchers were able to restore the membrane-actin attachment so it resembled that of a normal cell. This caused the cancer cell membrane to stiffen and prevented abnormal changes in structure and motility. Furthermore, breast cancer cells with stiffened membranes lost the ability to spread to the lungs in experiments using a mouse model. These results indicate that it could be possible constrain the spread of cancer by manipulating cell membrane tension. 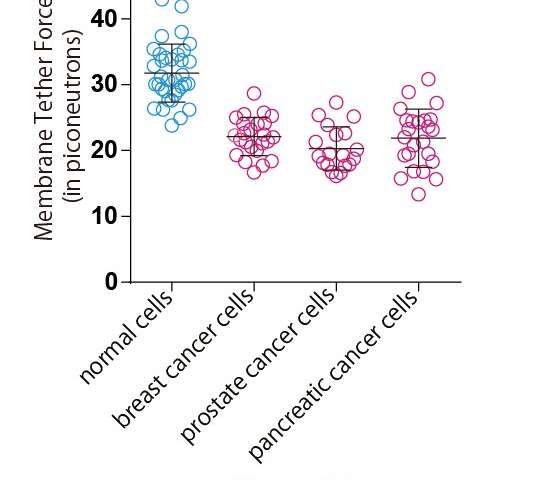 Why is the South the epicenter of anti-abortion fervor?