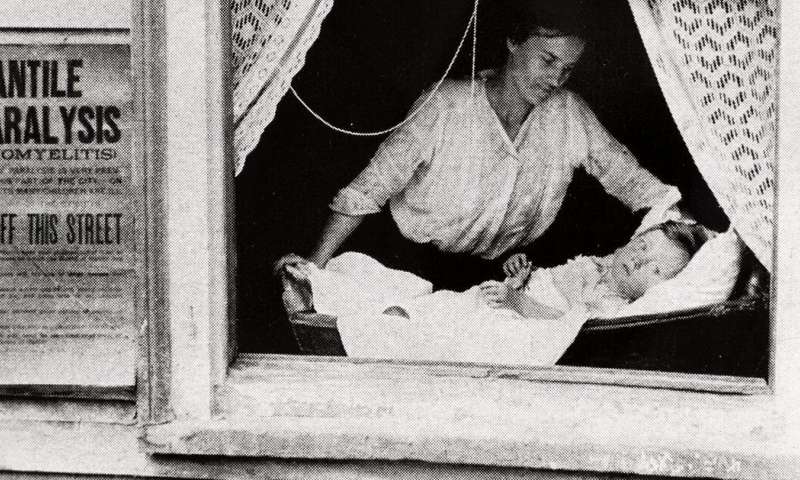 A plague from nowhere, which threatens to kill millions worldwide and overturn civilisation. We can’t treat it or protect ourselves against it, and our healthcare systems can’t cope. It’s a nightmare, but one that has visited us before—and this should prompt us to look back and see if we can learn from the past.

That same terrifying element of surprise underpinned the polio outbreak that hit the state of New York State in the summer of 1916, and left its mark on American life for half a century. Polio was known to be caused by a virus, but its nature and mode of transmission and attack were a mystery.

Until then, polio had been fine print in medical textbooks and largely unknown to the public. It cropped up sporadically in self-limited outbreaks that paralyzed or killed a handful of victims, mostly children.

Then, around the turn of the 20th century, polio inexplicably mutated into a brutal epidemic scourge that could sweep across entire continents. New York in 1916 was the first time that it revealed its new potential—and to people who believed that they and their nation’s flagship city were invincible.

The public health authorities were blindsided from the start. The Commissioner of Public Health (who was nicknamed “the last of the Puritans”) made many mistakes.

As I describe in my book, “Paralysed With Fear: The Story of Polio,” he followed the time honored responses to an outbreak of infection: isolate and treat cases, quarantine contacts, enforce public hygiene, stamp out lines of transmission. Within a couple of weeks, the hospitals were overfilled with patients who had nowhere to go but the morgue. The first iron lung, to help patients breathe when their respiratory muscles were paralyzed, was not invented for another decade. 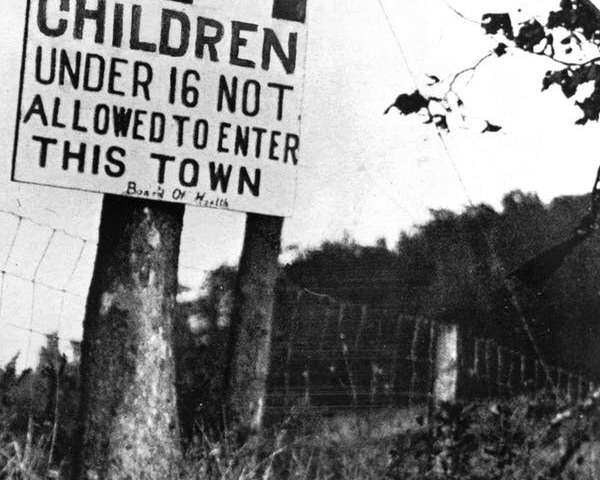 Quarantine meant shutting off entire streets, then neighborhoods. In response, more than 1,000 children left New York City every day, armed with a medical certificate that confirmed freedom from symptoms (but inevitably missed many asymptomatic and highly infectious cases). Police were posted at exit points on the city’s railways, roads and rivers to turn back all those who attempted to flee illegally.

Public hygiene measures began with hand washing and sewage disposal, and when those failed, the city’s sidewalks were scrubbed with four million gallons of water each day. War was declared on possible vectors, notably flies and cats (50,000 of which were shot during that summer).

Out on the streets, people blamed Italian immigrants who were ostracized, vilified and beaten up. And even though their infection rates were low, they remained the villains of the piece until the 1950s.

When the polio epidemic finally died down after several harrowing months, it left carnage, with nearly 20,000 people paralyzed and 6,000 deaths in New York City alone. It also left a toxic, ingrained legacy of fear.

During the epidemic, fear fed on many things: the horrific damage inflicted by the virus, the shocking realisation that nothing was going to stop it, and the obvious desperation of the authorities.

The epidemic left deep scars that never healed. Indeed, they were gouged open again every summer for many years, because polio settled into a new pattern of seasonal epidemics. Each year, in advance of the impending “polio season,” the wealthy would flee the cities for the (illusory) safety of the mountains or the coast.

When the first cases appeared in an area, everything—schools, swimming pools, churches, eventually entire cities—would close down. There was no hiding place from the virus that became known as “The Crippler.” In 1953, an annual survey of what frightened Americans put polio in second place, just below nuclear annihilation.

Over a century later, that New York epidemic seems like ancient history, especially as the poliovirus has been pushed to the brink of extinction by global vaccination. Nonetheless, there are still important messages for the current war against COVID-19.

We have all the 21st-century sophistication of molecular virology, epidemiological modeling and accelerated vaccine design—but sadly, human behavior hasn’t moved on.

Now, “panic” is equated with supermarket trolleys overfilled with toilet rolls. The unpleasantness of the coming months is yet to sink in to many people. When it does, we should expect fear on a scale that could eclipse the panic which gripped New York in 1916.