Home » Health News » How to lose visceral fat: Eat this food every week to reduce the harmful belly fat

Visceral fat is stored in the abdominal cavity next to many vital organs, including the liver, stomach and intestines, and can increase the risk of serious health problems such as type 2 diabetes, cardiovascular disease and heart disease. But what can you do to lose it?

A diet high in saturated fat can lead to visceral fat build-up, so experts recommend making changes to what you eat.

High protein and low carb diets have been shown to help banish visceral fat, but when it comes to specific foods to eat, eating fatty fish every week has been proven effective.

Fatty fish, such as salmon and mackerel, are considered extremely healthy because of their high protein and omega-3 content.

Omega-3 fats have been shown to protect people from disease. 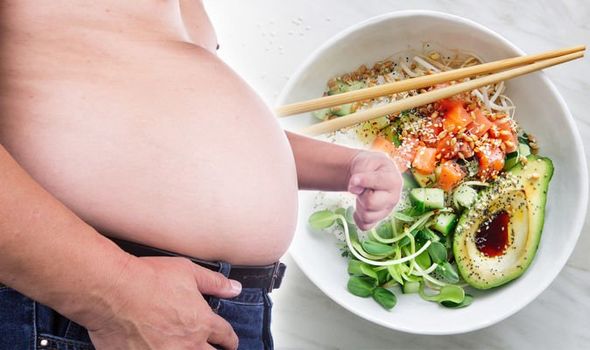 But some evidence suggests omega-3 fats may also help to reduce visceral fat.

The NHS says a healthy, balanced diet should include at least two portions of fish a week, including one of oily fish.

It states: “A healthy, balanced diet should include at least two portions of fish a week, including one of oily fish. Most of us aren’t eating this much. A portion is around 140g (4.9oz).

“However, for certain types of fish, there are recommendations about the maximum amount you should eat.

“We should eat at least one portion (around 140g when cooked) of oily fish a week.

“Oily fish can contain low levels of pollutants that can build up in the body. For this reason, there are maximum recommendations for the number of portions some groups should be eating each week.”

Girls, women who are planning a pregnancy or may have a child one day, and pregnant and breastfeeding women should eat no more than two portions of oily fish a week. 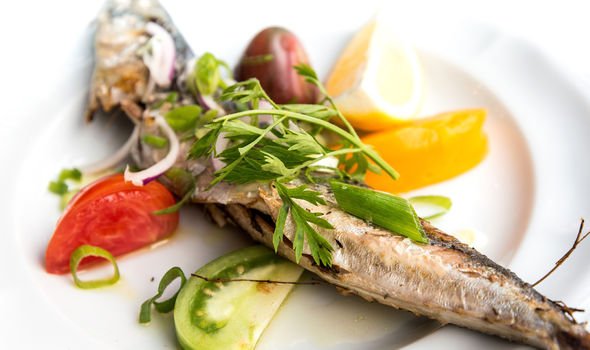 The health body adds: “You can safely eat as many portions of white fish per week as you like, except for the following, which may contain similar levels of certain pollutants as oily fish – sea bream, sea bass, turbot, halibut and rock salmon.

“Anyone who regularly eats a lot of fish should avoid eating these five fish, and brown meat from crabs, too often.”

Although it is recommended that regular fish-eaters should avoid eating brown crab meat too often, there is no need to limit the amount of white crab meat that you eat.

The NHS says: “There are no maximum recommended amounts for other types of shellfish.” 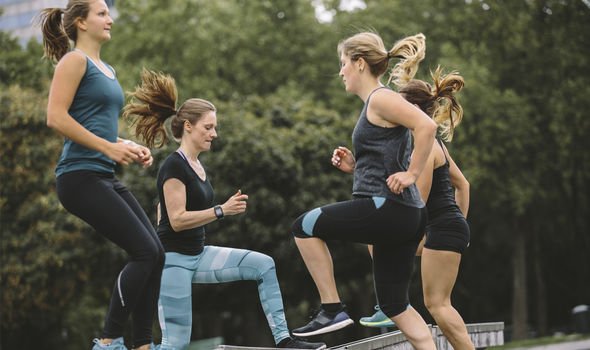 Other ways to lose visceral fat

Regular exercise should from part of any healthy lifestyle plan.

But the most effective type of exercise for getting rid of visceral fat has been shown to be aerobic exercise.