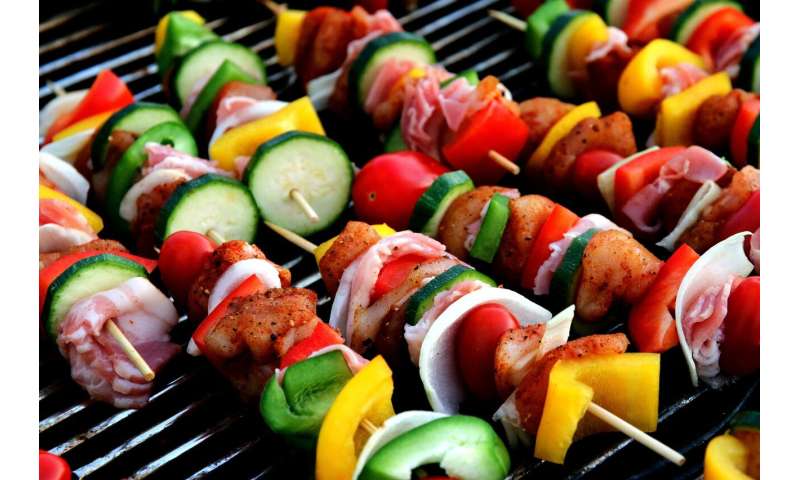 In the midst of a global pandemic, a lot of people rightly will be reluctant to offer food from their plate to another person, or accept such an offer due to the fear of contamination.

But for people with “attachment avoidance,” a psychological term for reluctance to form close personal relationships, this was true long before anybody had heard the term “COVID-19.”

“When we share food, it shows trust—it shows we’re willing to give up some of our resources, and it shows we want to get close with someone,” said Omri Gillath, professor of psychology at the University of Kansas. “Think about the psychological aspect of comfort food. When people are feeling down, when they’re upset, when they’re stressed, food is a source of comfort. We think in part this is because of the connection between food and love. If you think about breastfeeding, babies are getting both the food and the nutrition they need, and the warmth and love from their mom, this creates a strong connection between food and love.”

Gillath is a co-author of a new paper, led by KU doctoral student Sabrina Gregersen, that examines the links between food-sharing and styles of attachment. It was just published in the peer-reviewed journal Appetite.

“‘Attachment’ is a theory that explains how people bond to each other and how they regulate their emotions,” Gillath said. “People have an attachment style based on early interactions with their primary caregivers—parents usually. The three main styles are secure, anxious and avoidant. If you have parents that were supportive and sensitive and find a good balance between helping you on the one hand and providing autonomy on the other, you’re more likely to be secure. If you had parents that were insensitive and intrusive and weren’t consistent about the help they provided, you’re more likely to be anxious. And then if you had parents that were cold and rejecting, you are more likely to develop an avoidant attachment style. These differences that people develop pretty early predict a lot of relational behaviors and outcomes.”

To see how these attachment styles affected people’s food-sharing behaviors, the KU researchers conducted several studies. In one study, participants answered a battery of questions, many of which touched on how food preferences might be tied to romantic or dating behavior for people with various attachment styles. In a different study, participants were placed in a situation where they interacted with another person while one of them had a pack of fruit snacks.

“We brought people to the lab and had them fill out a few questionnaires, then we exposed them to either attachment-security-related cues or control cues,” Gillath said. “For example, we asked them to think about a secure relationship, which activated their security-related models. Then we asked them to wait outside in a waiting area. In both studies they happened to meet another ‘participant’ in that area. In one study, we gave the participant a bag of treats and wanted to see if they would share it, and in the other study, we gave our confederate, who was supposedly another participant, a bag of treats and they offered to share. We wanted to see whether participants would accept the food offering. Many participants were reluctant to take food or give it. However, some people—those who were exposed to security-related cues—were more likely to share their treat with a stranger.”

From the first study, the researchers found people high on attachment avoidance were less likely to share food or date a potential partner who had dissimilar food preferences. In the second study, they found enhancing attachment security increased the tendency to offer one’s food to a fellow participant. In the final study, the team found the tendency to accept food from a fellow participant was positively associated with attachment anxiety, but security priming did not affect this tendency.

Gillath said a better understanding of the links between attachment and food could potentially help inform efforts to extend help to people during the current coronavirus pandemic—particularly among people with high attachment avoidance, who, the authors wrote, “were less likely to engage in food sharing behaviors with current romantic partners and less likely to cook and eat meals with their partners.”

“We could also use the findings to better understand people’s tendencies when it comes to prosocial behavior,” he said. “Right now, with the coronavirus crisis, trust—or the lack of—is a major obstacle. On the one hand, some people don’t have food, they don’t have a job, they don’t have the means to support themselves. On the other hand, there are people who want to help others by giving them food or other resources but are afraid of the consequences. Fear and confusion—of contamination or starvation—may lead people to hoard, preventing them from sharing resources—not giving to those who need them, or buying too much and not leaving to people who also might need—see the rush to buy toilet paper. How can we fix that? If people aren’t taking food because of trust issues, we should ask, ‘Are you guys willing to starve (or not getting the right treatment because of your fears)?’ I’m not saying we want to make people trust anyone and everyone; however, we do want to reduce anxiety, increase security and facilitate food—and resource sharing—in a safe way.”

According to Gillath, in a crisis situation sharing and accepting food and other resources could have psychological benefits beyond just making sure people have enough to eat.

Will we ever find COVID-19s Patient Zero?