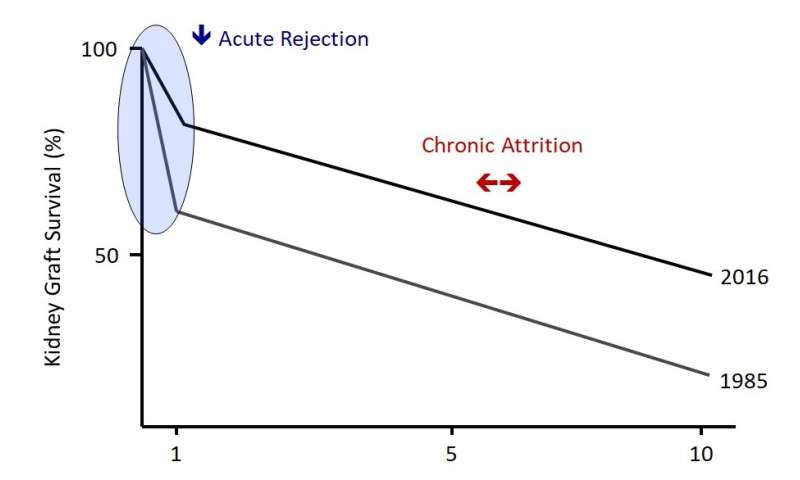 Chronic rejection of transplanted organs is the leading cause of transplant failure, and one that the field of organ transplantation has not overcome in almost six decades since the advent of immunosuppressive drugs enabled the field to flourish.

Now, a new discovery led by researchers at the University of Pittsburgh School of Medicine and Houston Methodist Hospital suggesting the innate immune system can specifically remember foreign cells could pave the way to drugs that lengthen long-term survival of transplanted organs. The findings, based on results in a mouse model, are published this week in the journal Science.

“The rate of acute rejection within one year after a transplant has decreased significantly, but many people who get an organ transplant are likely to need a second one in their lifetime due to chronic rejection,” said Fadi Lakkis, M.D., who holds the Frank & Athena Sarris Chair in Transplantation Biology and is scientific director of Pitt’s Thomas E. Starzl Transplantation Institute. “The missing link in the field of organ transplantation is a specific way to prevent rejection, and this finding moves us one step closer to that goal.”

The immune system is composed of innate and adaptive branches. The innate immune cells are the first to detect foreign organisms in the body and are required to activate the adaptive immune system. Immunological “memory”—which allows our bodies to remember foreign invaders so they can fight them off quicker in the future—was thought to be unique to the adaptive immune system. Vaccines, for example, take advantage of this feature to provide long-term protection against bacteria or viruses. Unfortunately, this very critical function of the immune system is also why transplanted organs are eventually rejected, even in the presence of immune-suppressing drugs. 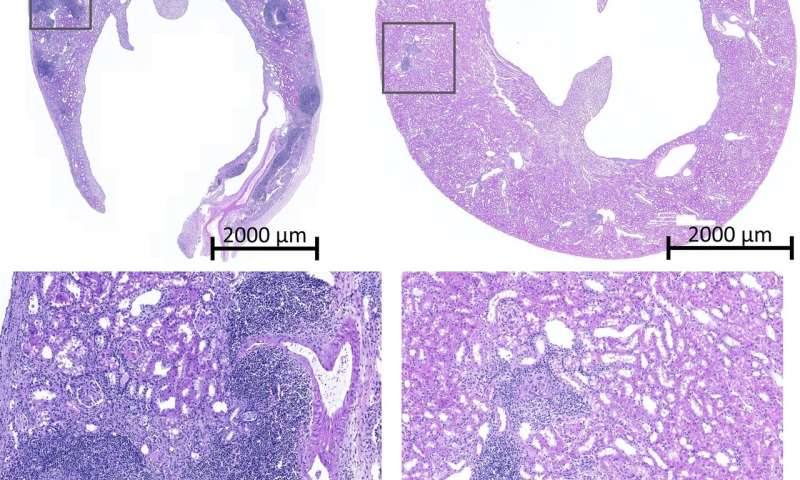 In the new study, Lakkis, along with co-senior authors Martin Oberbarnscheidt, M.D., Ph.D., assistant professor of surgery at Pitt, and Xian Li, M.D., Ph.D., director of the Immunobiology & Transplant Science Center at Houston Methodist Hospital, used a genetically modified mouse organ transplant model to show that the innate immune cells, once exposed to a foreign tissue, could remember and initiate an immune response if exposed to that foreign tissue in the future.

The researchers then used molecular and genetic analyses to show that a molecule called paired Ig-like receptor-A (PIR-A) was required for this recognition and memory feature of the innate immune cells in the hosts. When PIR-A was either blocked with a synthetically engineered protein or genetically removed from the host animal, the memory response was eliminated, allowing transplanted tissues to survive for much longer.

“Knowing exactly how the innate immune system plays a role opens the door to developing very specific drugs, which allows us to move away from broadly immunosuppressive drugs that have significant side effects,” said Lakkis.