Home » Health News » In Austin, Some Try to Address Vaccine Inequity, but a Broad Plan Is Elusive

Communities of color have been among the hardest hit during the pandemic. But advocates in Texas say those communities are likely to have a harder time getting the vaccine in the coming months, so they are urging local leaders to step in.

Travis County Judge Andy Brown, the county executive in the Austin area, put together a vaccination event recently. Brown said he’d been hearing concerns that there weren’t enough places to get a covid-19 shot on the east side of Austin, which has more Black and Latino residents and more poverty than other parts of the city.

So, Brown asked a hospital for extra doses. And with 600 in hand, he worked with other local officials to set up a temporary drive-thru vaccination site in a southeast Austin parking lot.

“They all realized that we need to get the vaccines in the arms of people who are in the hardest-hit ZIP codes,” Brown said. “People who are Latinx, who are African American — and especially who are over 65, because those are the people who get sickest.”

When Texas first released its distribution plan, advocates and local officials raised concerns. Twenty-three states, including Texas, are tracking vaccination rates by race, and Texas, like all the others, is vaccinating Black residents at a slower rate.

Texas House Member Sheryl Cole, a Democrat who represents Black and Latino communities in East Austin, said she pointed out that the initial plan had 65 vaccine sites for Austin, but only nine on the east side.

“Without a doubt, we are seeing disparate treatment of distribution and providers,” she said.

Part of the reason is that the plan relied heavily on chain stores, such as H-E-B, Kroger, Randalls, Walgreens and CVS. Brown said those big grocery and drugstores just aren’t as prevalent in East Austin.

“The fact is, this part of town, frankly, does not have as many H-E-Bs, pharmacies, [and] has a higher uninsured rate,” he said. 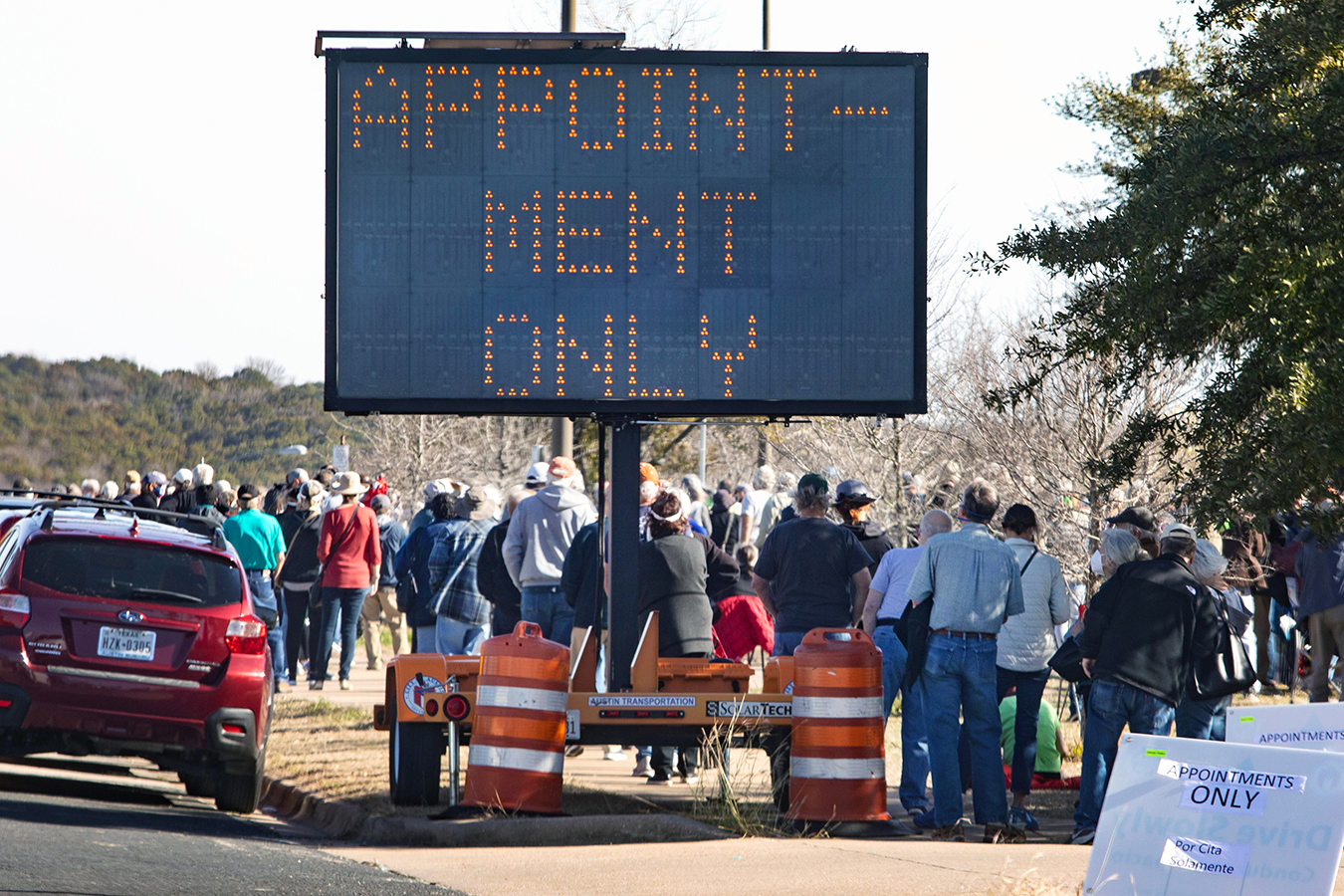 Mayor Steve Adler said his office has been lobbying state health officials to turn over the bulk of the vaccines to local governments, which know best how to get them to the hardest-hit communities.

“I believe that it goes out much more quickly and goes out to the people who most need it,” he said.

And this lobbying has worked. Recently, Texas health officials have started giving vaccines to local health departments, which are set up to vaccinate thousands of people.

But there have been hiccups.

State officials pushed back against city leaders in Dallas who planned to use their hub vaccine distribution solely for Black and brown communities. The city has since decided to abandon that plan, according to The Texas Tribune.

Then there is the issue of scarcity. For example, the week of Jan. 18, Austin officials got about 12,000 doses for a city of about 1 million people.

Jeremy Lopez, who lives in East Austin, signed up to get a vaccine from the city as soon as he could. Lopez had a kidney transplant in 2006 and is in a high-risk group. But he still has no idea when he’ll get vaccinated.

Local officials are urging people to be patient.

Austin City Council Member Natasha Harper-Madison said she thinks everyone, including state and local government, should have done more planning.

“I am a member of Austin’s governing body, and I’ve got to tell you that I don’t think we have done everything we could have to make certain that we were prepared for what we knew was coming,” she said.

That includes having plans to prioritize the hardest-hit communities, Harper-Madison said.

Cole said Black and Latino Texans have already been through enough.

“The underserved community already has to deal with economic disparity and loss of jobs with covid — and then to add this additional burden is not good. It’s not fathomable,” she said. 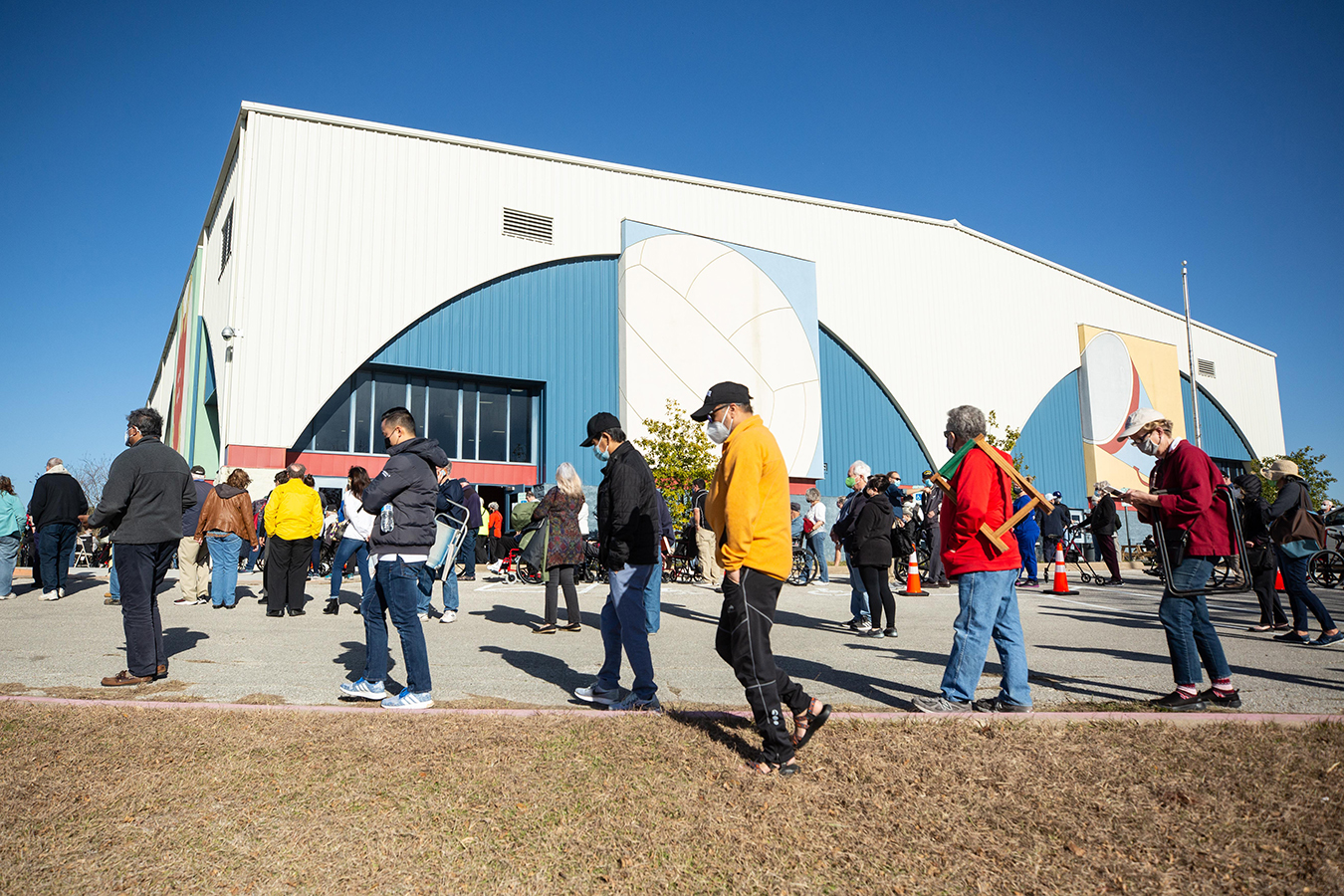 This story is part of a reporting partnership that includes NPR, KUT and KHN.