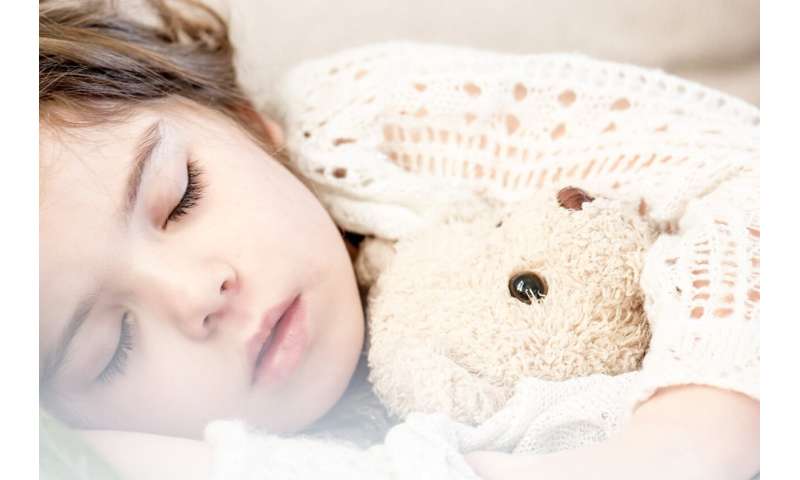 Intermediate school-aged children who use a device just before bedtime and decide what time they go to sleep, achieve less sleep and feel more sleepier the following day than their peers.

That’s the findings from new research by former University of Otago, Christchurch, student Kate Ford, who undertook the study as part of a summer studentship and is now studying to become a psychologist. It is published today in the New Zealand Medical Journal.

In what is believed to be the first New Zealand study of children in this age-group (aged 11 to 13 years), Miss Ford found most (72 percent) of the 163 students interviewed achieved recommended guidelines of an average 9 to 11 hours sleep nightly over one week.

However, consistent with previous research in 15 to 17-year-old New Zealanders, the study results show less sleep on the nights where devices are used in the hour before bed. Students who used devices before going to sleep were also more likely to report that they felt sleepy the following morning. Watching television before bed had no significant effect on sleep length.

Miss Ford says it is pleasing that the average sleep time for the majority of study participants was within the Ministry of Education, Sleep Health Foundation and the National Sleep Foundation guidelines of 9–11 hours a night.

“But that also means that almost one in four students did not achieve sleep within these guidelines, which highlights an area for improvement.

“There were also some interesting observations over the weekends where students went to bed later but woke later achieving similar sleep length to the school days. Of concern is a small group of students (6 percent) who reported less than seven hours of sleep, including a small number reporting not sleeping at all.

“Therefore, while the average across the week of 72 percent of students reporting adequate sleep is reassuring, it is far from the goal of every child achieving sleep within the recommended guidelines.”

Head of the Sleep Health Service at Canterbury District Health Board, Dr. Paul Kelly, supervised the study and explains the foundations for good health are based on proper nutrition, regular exercise and good sleep quality. Sleep quality is often overlooked as a contributory factor to poor health.

Currently, as New Zealand is in Alert Level 4 national lockdown he acknowledges it is difficult for children and adults alike to stick to routines, but Dr. Kelly stresses it is important that as much as possible children continue regular bedtimes.

“The study findings suggest the need for parental guidance around bedtimings and moderation of the use and availability of electronic devices before bed,” Dr. Kelly says.

“Respect and protect your sleep, as good daytime functioning is reliant on adequate sleep.”

Why are Reporter-Labeled Cell Lines Useful?