Aptamers are short chains of nucleic or amino acids that are complementary to a specific target molecule and, hence, bind only with that molecule. This means that they are frequently DNA or RNA segments (oligonucleotides), or even peptides. Aptamers are often used in biological research or for clinical applications as ligands, probes, and biosensors. 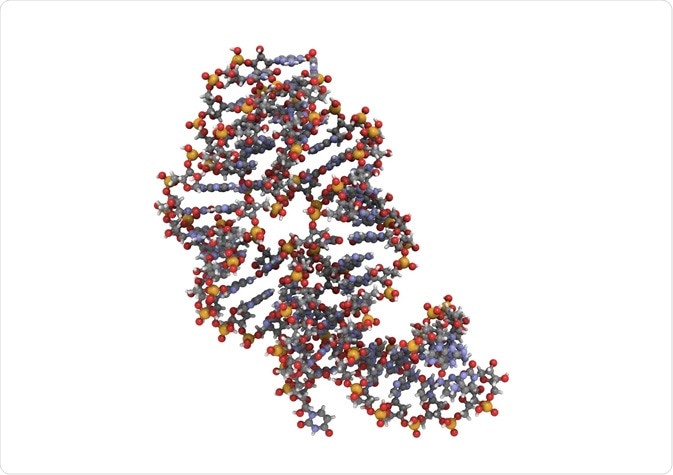 How are aptamers currently used?

Aptamers are highly effective probes in research, and they are known to provide greater specificity than antibodies in many cases. Western blots and enzyme-linked immunosorbent assays are good examples of applications where aptamers are highly valued for their specificity. Aptamers can also be used to purify proteins.

Aptamers are as much as 100 times smaller than antibodies, and thus can be used in smaller volume systems with a greater density of recognition units. Furthermore, aptamers can be conjugated to drugs or fluorescent probes as targeting ligands, providing highly specific delivery systems.

What are the main limitations of aptamers?

Aptamers, particularly RNA strands, are prone to quick degradation in biological media due to interactions with biomolecules. Many aptamers have been shown to degrade in blood as quickly as a few minutes, which is far too short for most medical applications.

Accordingly, chemical modifications of aptamers have been performed to improve their half-life in circulation in vivo. The incorporation of polyethylene glycol (PEG) ligands or modification of 3’ and 5’-termini provides resistance to exonucleases.

Since most aptamers are relatively small molecules of only 5 to 15 kilodaltons (kDa), they are easily removed by the kidneys and excreted from the body. Conjugation with large PEG ligands that increase the molecular weight above around 40 kDa reduce the occurrence of excretion via the kidneys.

How to control aptamers in the body?

The pharamacokinetic properties of aptamers are also relatively difficult to control, as they may degrade, be excreted, or be involved in metabolic processes at different rates throughout the body. These factors strongly affect the duration of action of an aptamer drug, biosensor or probe, which is of critical importance in a clinical setting.

Complimentary aptamers to the aptamer are used as an ‘antidote’ to remove excess aptamers still present in the body after the desired function has been performed. Once the aptamer-antidote hybrid is formed within the body it renders the aptamer inert, and it is then subject to regular excretion through the kidneys.

Aptamers mostly target molecules on the surface of cells or that are present in the blood stream, as they have difficulty entering cells and finding intra-cellular targets without the aid of a cell-penetrating component. Recombinant vectors that enter cells and then express the aptamer have been developed, overcoming the problem of cell penetration (since the aptamer is generated within the cell to begin with).

Aptamers are usually created using target molecules that must be highly accurate and pure. This is a highly labor intensive and costly process, with some additional difficulties caused by different protein structure when located in the natural environment of the cell due to post-translational modifications.

Systematic evolution of ligands by exponential enrichment (SELEX) is one method used to attempt to overcome this limitation by using in vitro selection of aptamers in living cells. More specifically,  the proteins are then in the correct state to interact with the aptamers.

Although highly specific, it is also possible for aptamers to interact with the incorrect target in vivo. SELEX is also used to overcome this issue by using a negative selection step and improving the selectivity of the aptamer.

Michael graduated from Manchester Metropolitan University with a B.Sc. in Chemistry in 2014, where he majored in organic, inorganic, physical and analytical chemistry. He is currently completing a Ph.D. on the design and production of gold nanoparticles able to act as multimodal anticancer agents, being both drug delivery platforms and radiation dose enhancers.

Next major pandemic hurdle: Persuading people to get vaccinated

Can you use baking powder for heartburn? Four health benefits and three drawbacks