Home » Health News » Lung cancer symptoms: The signs in your fingers or toes that could signal the disease

Lung cancer is one of the most common and serious types of cancer in the UK, with around 47,000 people are diagnosed with the condition every year. Lung cancer is caused by the uncontrolled growth of abnormal cells in one or both lungs, the two spongy organs in your chest that take in oxygen when you inhale and release carbon dioxide when you exhale. Lung cancer typically doesn’t cause signs and symptoms in its earliest stages, although when the cancer progresses, symptoms can show up throughout the body.

Although it is rare, you may experience pins and needles or numbness in the fingers or toes if lung cancer cells produce hormones that go into the bloodstream, according to Cancer Research UK.

“These hormones can cause symptoms that don’t seem related to the lung cancer. Doctors call them paraneoplastic syndrome,” explains the charity.

Other hormone-related symptoms include:

The main symptoms of lung cancer include: 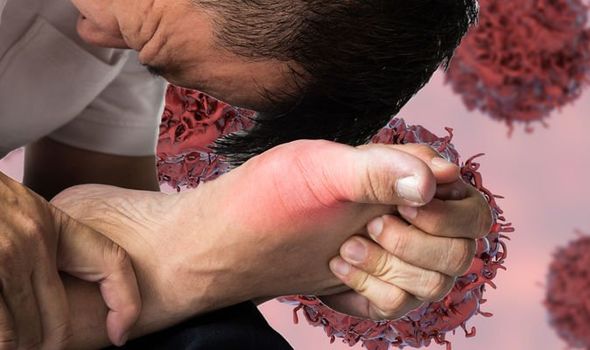 You should see a GP if you have symptoms associated with lung cancer, such as breathless or a persistent cough, advises the NHS.

What will happen at a GP appointment?

“The GP will ask about your general health and your symptoms. They may examine you and ask you to breathe into a device called a spirometer, which measures how much air you breathe in and out,” explains the NHS.

You may also be asked to have a blood test to rule out some of the possible causes of your symptoms, such as a chest infection, notes the heath site.

A chest X-ray is usually the first test used to diagnose lung cancer because most lung tumours appear on X-rays as a white-grey mass, it points out.

DON’T MISS
High blood pressure: Sprinkle this on your meals to lower your reading [TIPS]
Type 2 diabetes symptoms: The signs in your mouth that could signal the chronic condition [INSIGHT]
Cancer breakthrough: Highly sensitive new screening and jab success could save lives [INSIGHT]

Am I at risk of lung cancer?

As with all cancers, the risk of developing lung cancer depends on a number of factors and varies from person to person.

However, even when accounting for different factors, smoking tobacco is the biggest cause of lung cancer in the UK.

According to Cancer Research UK, around seven out of 10 lung cancers are caused by smoking, and this includes breathing in other people’s cigarette smoke.

What’s more, your risk increases the longer you smoke and the more you smoke so stopping smoking is the best thing you can do for your health, advises the charity. 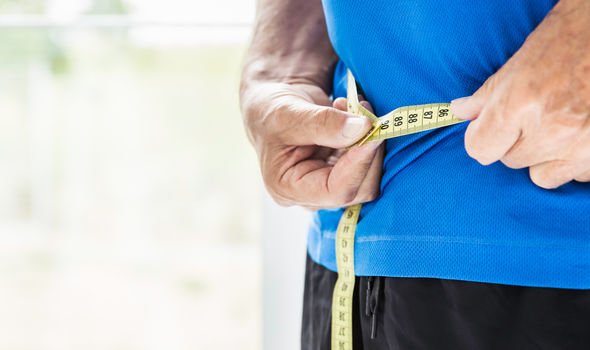 A surprising and unsettling risk factor is exposure to air pollution, although, as Cancer Research UK, the risk posed by air pollution is comparatively lower than smoking tobacco, accounting for one in 10 cases in the UK.

Additionally, exposure to certain chemicals and substances which are used in several occupations and industries may increase your risk of developing lung cancer, warns the NHS.

These chemicals and substances include:

Research also suggests that being exposed to diesel fumes over many years increases your risk of developing lung cancer. 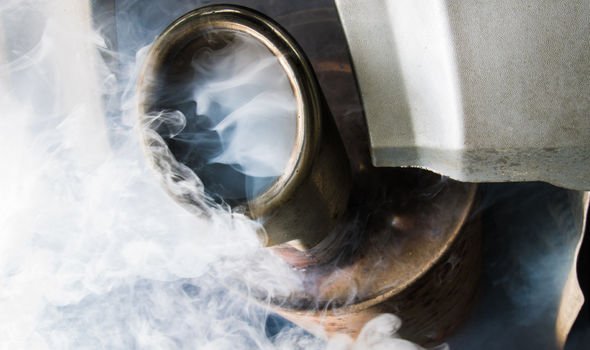 One study found that your risk of developing lung cancer increases by around 33 percent if you live in an area with high levels of nitrogen oxide gases (mostly produced by cars and other vehicles).

While avoiding certain lifestyle habits can reduce your risk, evidence also suggests actively pursuing others may lower your chances of developing the disease.

Research suggests that eating a low-fat, high-fibre diet, for example, including at least five portions a day of fresh fruit and vegetables and plenty of wholegrains, can reduce your risk of lung cancer, as well as other types of cancer and heart disease.

There’s also strong evidence to suggest that regular exercise can lower the risk of developing lung cancer and other types of cancer.

Characteristics of unvaccinated individuals from the University of Southern California