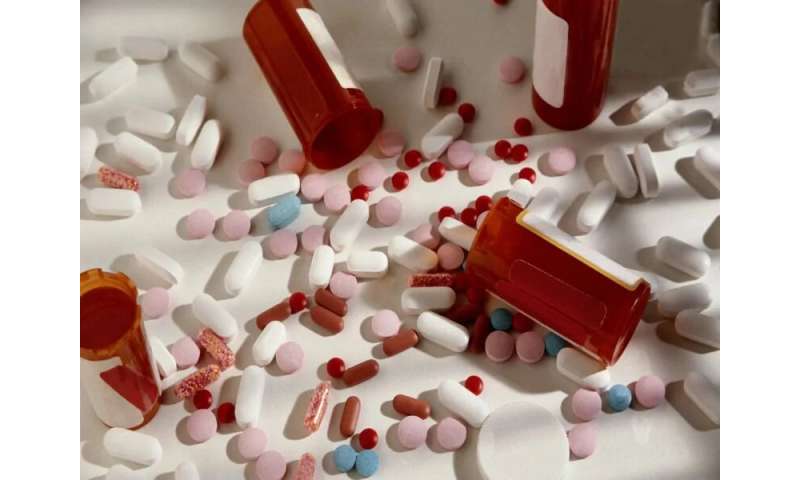 (HealthDay)—Two new studies each suggest that dozens of drugs already approved for use in the United States may prove effective against the new coronavirus.

“Repurposing these FDA-approved drugs could be a fast way to get treatment to patients who otherwise have no option,” explained the co-author of one of the studies, Dr. Hesham Sadek. He’s professor in the departments of internal medicine, molecular biology and biophysics at UT Southwestern Medical Center, in Houston.

However, experts stressed that this research is still in its early stages, so people shouldn’t try any of the drugs now to prevent or treat COVID-19.

Right now, “there is no specific medicine recommended to prevent or treat the new coronavirus,” according to the World Health Organization (WHO). “Some specific treatments are under investigation, and will be tested through clinical trials,” the WHO said, according to the Washington Post.

As COVID-19, the illness caused by the new coronavirus, sickens hundreds of thousands worldwide, the race is on to find a drug that might help save severely ill patients.

But even with rapid government approval, it could take months to develop new drugs from scratch that might be effective against the virus, Sadek explained in a UT Southwestern news release.

That led his team to conduct computer modeling studies on certain drugs already approved by the U.S. Food and Drug Administration, to assess their potential in combating the coronavirus.

The results showed that the most promising drugs included several antiviral drugs— including Darunavir, Nelfinavir, and Saquinavir—and several other types of drugs, including: the ACE inhibitor Moexipril; the chemotherapy drugs Daunorubicin and Mitoxantrone; the painkiller Metamizole; the antihistamine Bepotastine; and the antimalarial drug Atovaquone.

Another promising candidate is the cholesterol-lowering statin rosuvastatin, which is sold under the brand name Crestor. It’s already taken by millions of patients around the world to lower their cholesterol, is safe, inexpensive and readily available, Sadek noted.

The results were published March 19 on a pre-print server called ChemRxiv; they have not yet been subject to peer review.

A second study was led by biologist Nevan Krogan of the University of California, San Francisco. It found that nearly 70 drugs—some already approved, some still experimental—might prove effective against the novel coronavirus.

Krogan’s group has so far only published their findings on the website bioRxiv, and the findings have been submitted to a medical journal, The New York Times reported.

In this effort, the researchers took a deep dive into the genetic makeup of the novel coronavirus, focusing on key proteins the virus uses to hijack the genetic machinery of a host human cell. The coronavirus uses the cell’s protein to then manufacture millions of copies of itself.

Krogan’s team searched for drugs that target the same human cellular proteins that the virus also targets during its invasion of the host cell. They uncovered 24 drugs already approved by the FDA for use against a wide range of diseases, such as cancer, Parkinson’s disease and high blood pressure.

Also on the list were certain antibiotics; metformin, the go-to drug for type 2 diabetes; the schizophrenia drug haloperidol; and the malaria drug chloroquine.

The latter drug gained prominence this past week after President Donald Trump suggested at a news briefing on Friday that it might work against COVID-19. But Dr. Anthony Fauci, the director of the U.S. National Institute of Allergy and Infectious Diseases, quickly qualified that statement, saying there was only “anecdotal evidence” that chloroquine might work against the new coronavirus.

He stressed that only well-run trials could prove effectiveness; such trials are being planned by the WHO and the state of New York, the Times noted.

And there’s a potentially lethal downside to trying any of the aforementioned drugs on your own, experts warned.

That danger was illustrated in a tragedy occurring just this week. According to the Washington Post, one Arizona couple in their 60s took matters into their own hands after watching Trump’s news briefing. Buoyed by his words on chloroquine, the couple self-treated with the drug—which they had previously used to clean their koi pond.

After mixing the chemical with soda and drinking it, they each felt dizzy and started vomiting. The husband died at the hospital, and the wife is still under critical care in the hospital, the Post reported.

So, don’t “self-medicate” with any of these drugs until better research is done. Krogan’s collaborators at the Icahn School of Medicine at Mount Sinai in New York City and the Pasteur Institute in Paris have already begun testing the mettle of 22 compounds on their list against the coronavirus, under laboratory conditions, the Times said.