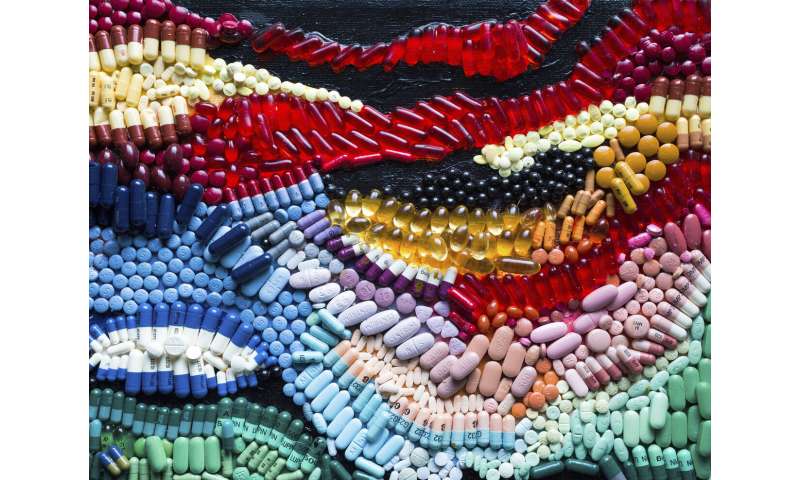 Claire Dinneen’s daughters thought that worsening dementia was causing her growing confusion, but her doctor suspected something else.

Dr. Pei Chen asked them to round up medicines in the 89-year-old woman’s home and they returned with a huge haul. There were 28 drugs ordered by various doctors for various ailments, plus over-the-counter medicines. Chen spent a year sorting out which ones were truly needed and trimmed a dozen.

To her daughters’ surprise, Dinneen got better, able to remember more things and to offer advice on what to wear and how to raise their kids. Her symptoms were from “medication fog,” not her dementia getting worse, Chen told one daughter.

“I was just stunned,” Debbie Dinneen said. “No one had taken a look at the big picture” to see if medicines might be addling her mom, who lives near Berkeley, California.

“Unfortunately, it’s not unusual,” said Chen, a geriatrician at the University of California, San Francisco.

About 91% of people over 65 take at least one prescription medicine and 41% use five or more—what doctors call polypharmacy.

The risk of side effects or interactions rises with the number of pills, and one doctor often is unaware of what others have already prescribed for the same patient. Dinneen, for example, had two prescriptions for the same drug at different doses from different pharmacies.

“It’s very easy to miss medication side effects because they masquerade as all these other symptoms,” said Dr. Michael Steinman, another UCSF geriatrician.

“Potentially” is the key word—the drugs on the list don’t always pose a problem, and no one should stop using any medicine without first checking with a doctor because that could do serious harm, Steinman stressed.

But some medicines don’t have a strong reason to be used and their risks may outweigh their benefits for older people, he and other doctors say. They often “de-prescribe” medicines that may no longer be needed or that once may have been OK but now may be causing problems.

Many of these drugs have anticholinergic effects—that is, they reduce or interfere with a chemical messenger that’s key to healthy nerve function. That can cause drowsiness, confusion, blurred vision, dizziness and other symptoms that impair thinking skills.

These drugs might be fine for a younger person, but “once someone is having even the tiniest difficulty with thinking and memory, then the effects of these drugs are just huge,” said Dr. Andrew Budson of Boston University’s Alzheimer’s disease center.

Sometimes side effects appear right away but in other cases they only develop or show up with longer use. Patients may not make the connection between a drug they’ve used for many months and new symptoms. Age itself can be a culprit and make a long-used drug suddenly intolerable.

“The drug hasn’t changed, the person has,” said Dr. Greg Jicha, a dementia specialist at the University of Kentucky.

Family members will say, “‘well, she was on that for 20 years,’ but her brain, kidney, liver were younger too. She’s no longer going to be able to metabolize that drug” like she used to, he said.

Jicha recalled a case last year when he was asked to give a second opinion on a woman recently diagnosed with Alzheimer’s disease. He reviewed her medicines and “six jumped right out—these are not good medications for someone over 65” let alone at the higher doses she was receiving, he said. Four turned out to be for problems she no longer had, and he was able to switch some others to safer alternatives.

The woman’s score on a 38-point test of thinking skills rose from 18 before the medication changes to 33 after them, putting her at the low end of the normal range.

Now she can drive, which was “an absolute no-no six months earlier,” Jicha said. “She clearly no longer meets criteria for dementia.”

One of his colleagues, Dr. Daniela Moga, heads a study to see whether optimizing medicines can delay the start of dementia symptoms. At the Alzheimer’s Association International Conference in Los Angeles in July, she described the federally funded research, which involves people who are 65 or older and taking at least one medicine on the geriatrics society list.

All have normal thinking skills although some showed signs on brain scans of possible dementia developing. Participants are given a sort of cognitive stress test—they take exams for thinking skills while wearing a patch that oozes scopolamine, a motion sickness drug that has anticholinergic effects, and then four weeks later without the patch. If they do worse while on the patch, it means certain medicines might be harmful for them, Moga explained.

“We want to see if we can identify a specific group that might benefit most” by carefully managing medication use and possibly delay the start of dementia symptoms, she said.

To help avoid medication problems, doctors give these tips:

—Make sure you know all the medications someone is taking, including prescription, over-the-counter and vitamins or dietary supplements. Don’t assume that some are safe just because they don’t require a prescription.

—Keep a running list with the date each medicine is started and stopped and note any symptoms. The National Institute on Aging offers a worksheet for this.

—Review the total medication list with a doctor, a geriatrics specialist or a pharmacist.

Dementia: The sexual disease increasing your risk of the brain degenerative condition