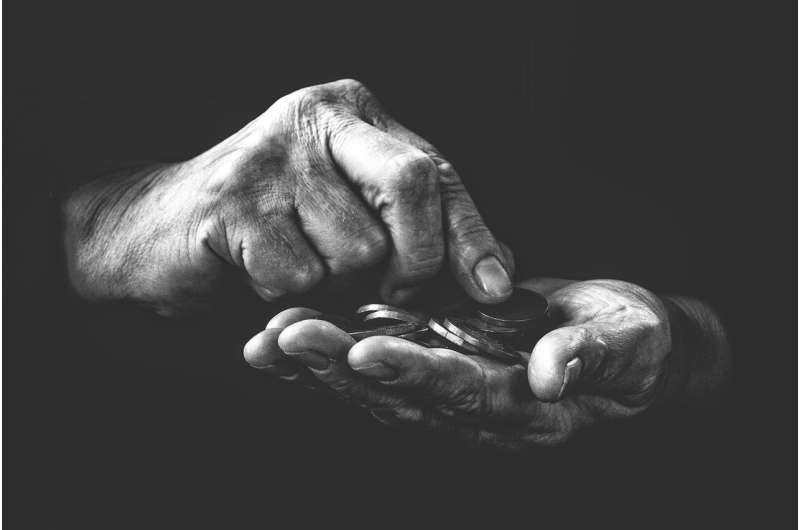 A classic finding of social psychology research is that people donate less blood if they are paid to do so. If there is no payment, which means that they act simply out of a desire to help their fellow human beings, they give significantly more blood. The decline in their willingness to donate can probably be attributed to one motive: concern that third parties might conclude that the only thing driving them to be socially engaged is money.

This finding does not apply to everyone, though. Individuals with comparatively low levels of empathy can certainly be motivated by a financial incentive to behave in a prosocial manner. This is demonstrated by a new study conducted by scientists from the universities of Würzburg and Frankfurt under the lead of Grit Hein, Professor of Translational Social Neuroscience at the Department of Psychiatry, Psychosomatics and Psychotherapy at the University Hospital of Würzburg. The study was published in the journal Social Neuroscience.

Even though prosocial behavior has been well researched, the “evidence regarding the effects of incentives on prosocial decisions is inconsistent,” explains Grit Hein. Since this evidence is based mainly on behavioral observations, it does not provide insights into the underlying motivational processes. “As a result, it remains unclear whether and how financial incentives impact other motives that drive people to help,” says the scientist.

It is clear that incentives fuel egoism, i.e. the pursuit of a personal gain. Without an incentive, people often help based on empathy, namely the ability to share the other’s emotions or states. “People who help on the basis of an empathic motivation strive to increase the well-being of the other person, irrespective of a potential reward. In the case of an egoistic motive, the benefit for others is only a byproduct. The real goal is to improve one’s own well-being,” explains Hein. Grit Hein and her colleagues have now explored how financial incentives and a resulting egoistic motivation influence empathy-driven decisions.

The participants of the study were asked to make egoistic decisions or decisions in favor of the other person by allocating points for their own benefit or fairly. While doing so, there neural responses were recorded using functional magnetic resonance imaging (fMRI).

In one task, they allocated the points after witnessing the other person in an unfortunate situation—in this case, receiving a painful shock to the back of the hand. Here, the decision was therefore based on empathy with the other person. In a second task, the participants observed pain stimulation in the other person, and, in addition were promised a bonus if they “helped”, i.e. distributed points fairly.

Analyzing the effect of incentives on prosocial decisions

For analyzing the results, the scientists used a special method known as drift-diffusion modeling (DDM), which makes it possible to identify how empathy alone or coupled with a financial incentive influences the processing of the decision. For example, it can reveal whether only the speed and efficiency of the decision change or a person’s preference also switches in favor of an egoistic decision or a prosocial decision.

The results showed that a financial bonus increases the efficiency of decisions in favor of the other person in low empathic people, but not in high empathic participants. This effect was also found on the neural level. In low empathic individuals, the bonus increased neural activation in the anterior insula, a brain region that is associated with the processing of empathy. People that helped based on empathy anyway showed no such effect.