Mother, 42, who was told she may never be able to have children goes on to have TEN kids despite health doctors warning

A mother who was once told by doctors that she may never have children has proved them wrong – by giving birth to ten kids.

Doctors delivered the ‘mortifying’ news to her and husband Spencer, 47, that they were unlikely ever to have kids, leaving them considering adoption.

Two years later Mrs Gale, from Whitstable, Kent, fell so ill that she ‘couldn’t even stand up’.

After rushing to hospital, it was revealed that she was two months pregnant – to the astonishment of both her and her husband.

They were warned PCOS has a high risk of miscarriage and complications – such as a preterm birth and blood clots.

However, proud Mrs Gale went on to have a whopping ten successful pregnancies, making her one of the most prolific mothers in Britain. 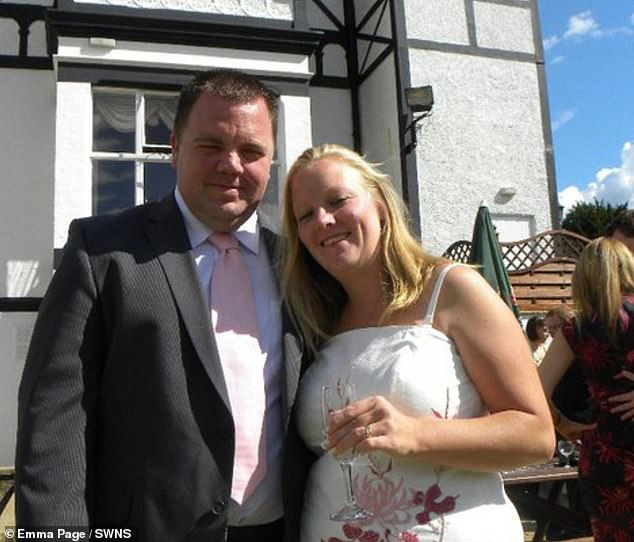 Mother Emma Gale, 42, (pictured with her husband Spencer, 47) who was once told by doctors that she may never have children has proved them wrong – by giving birth to ten kids 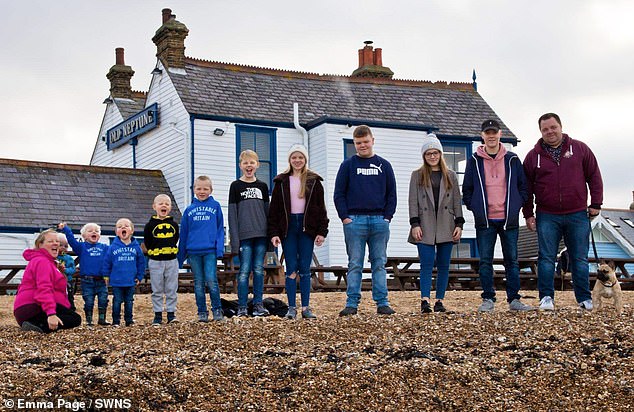 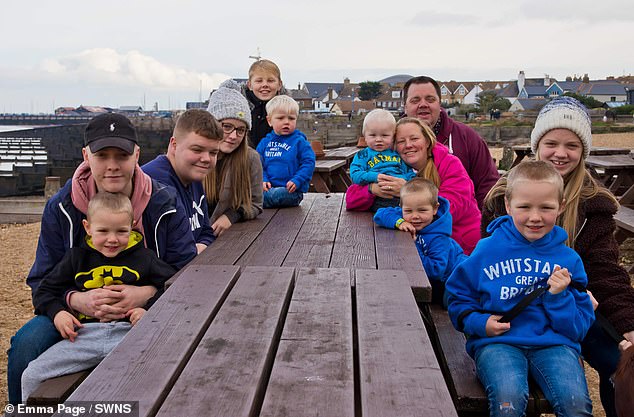 Doctors had delivered the ‘mortifying’ news to Mr and Mrs Gale, from Whitstable, Kent, that they were unlikely ever to have kids shortly after her PCOS diagnosis, leaving them considering adoption

PCOS is thought to affect around one in ten women globally. It causes the ovaries to become bigger than they should be and to develop numerous small cysts on the outer edges.

It is caused by the body producing higher than normal levels of male hormones, known as androgens.

This can make it hard to get pregnant because the hormones prevent the release of eggs from women’s ovaries.

However, with with treatment, most women with PCOS are able to get pregnant.

Mrs Gale said: ‘We don’t ever regret having ten children, but we just hate people who judge us.

WHAT IS POLYCYSTIC OVARY SYNDROME?

Polycystic ovary syndrome (PCOS) is a very common condition that affects how a woman’s ovaries work.

There are no exact figures but as many as one in 10 women of childbearing age are thought to have the condition.

It’s a hormonal disorder which causes the ovaries to become enlarged and to develop numerous small cysts on the outer edges.

Symptoms of PCOS include:

While the exact cause of PCOS isn’t known, it is thought to run in the family and be triggered by hormones. Insulin resistance, which is a precursor to diabetes and caused by a diet high in sugar, is thought to be a big cause.

There’s no cure for PCOS but many of the symptoms can be improved with lifestyle changes such as losing weight and eating a health, balanced diet.

‘I wouldn’t change it for the world. At the end of the day, it was our choice to have this many children and we are very lucky to have them.’

As well as fertility problems, women with PCOS are at higher risk of pregnancy and delivery complications. This includes miscarriage in early pregnancy due to altered hormone levels.

Compared to women without PCOS, they may be more likely to get diabetes during pregnancy because their insulin levels are higher. This can lead to a host of problems for the mother and baby.

Mrs Gale said: ‘I was told I could haemorrhage or get blood clots. But I have always been lucky and I have never had any complications.’

Mrs Gale breezed through her pregnancies, from her oldest son, Oliver, 20, to her youngest, son Isaac, who is one.

She and Mr Gale have more than 100 family photos adorning their five-bedroom house in the seaside town.

Mrs Gale often gets home from her job at Tesco at 1.30 in the morning – giving her only a few hours of respite before an especially hectic school run begins.

All the children apart from 20-year-old Oliver – who works in Michelin-starred restaurants in France and Ibiza – still live with their parents.

But while life for the Gales can be hectic, they said they ‘wouldn’t change it for the world’.

Emma said: ‘We always mix up names. Especially when they are being hooligans.’

Although the couple insist they have no favourites, Mr Gale has a ‘special bond’ with Sidney and Isaac, as he delivered them himself at home, with the help of a midwife over the phone. 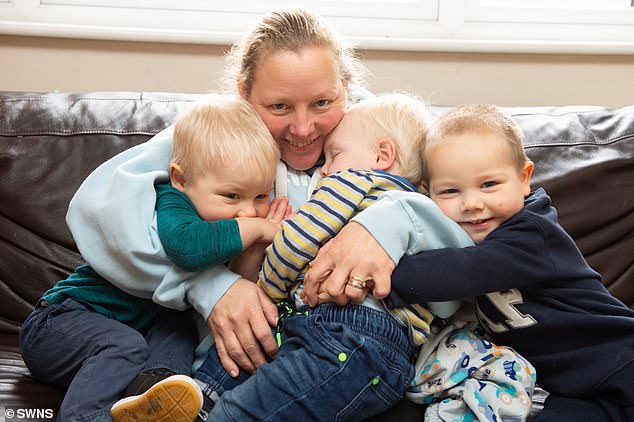 Two years later Mrs Gale, from Whitstable, Kent, fell so ill that she ‘couldn’t even stand up’ and it turned out she was pregnant with her Oliver (pictured: Mrs Gale with Eli, Issac and Noah) 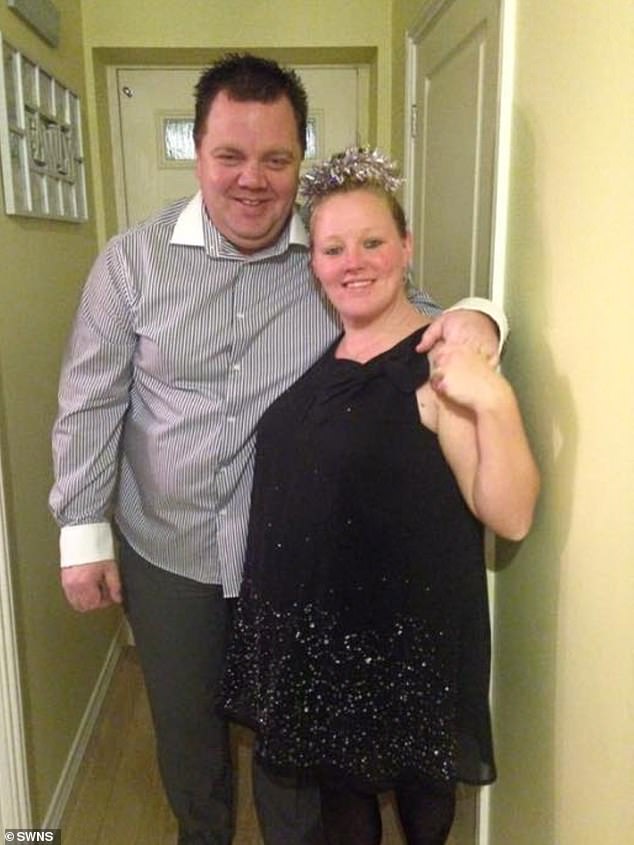 The proud mother, pictured above with her husband, went on to have a whopping ten successful pregnancies, making her one of the most prolific mothers in Britain

The couple say they work hard as a team to provide for the children – with Mr Gale working seven days a week at a local car dealership and Ms Gale up to four night shifts during the week.

She added: ‘Because we have ten children, people automatically assume we get benefits – but we don’t.’

Mr Gale said: ‘What is nice is our own work ethics have reflected on our children.

‘Oliver works an awful lot of hours; he works all the overtime he can possibly get.’

He added that daughter Emily works full-time at Canterbury Christ Church in Medway.

‘I think it is nice for us as parents and is really reflective of us,’ he said.

After Isaac’s birth – and a warning from doctors – Mr and Mrs Gale have decided not to have more children.

The couple admit money is very tight, so they work extra hard to make sure their children do not go without – and saved £100 a week to cover the expensive festive season.

Mrs Gale said: ‘Don’t get me wrong, they aren’t spoiled children and don’t have anything during the year, except for birthdays and Christmas.

‘We make sure they do their club. They don’t get pocket money, but if they want to go out with friends we try to give them some – everything has to be scheduled so we know what we are budgeting for.’

The hardworking mother does just one big grocery shop a month and doesn’t ‘beat around the bush’ when it comes to cooking. 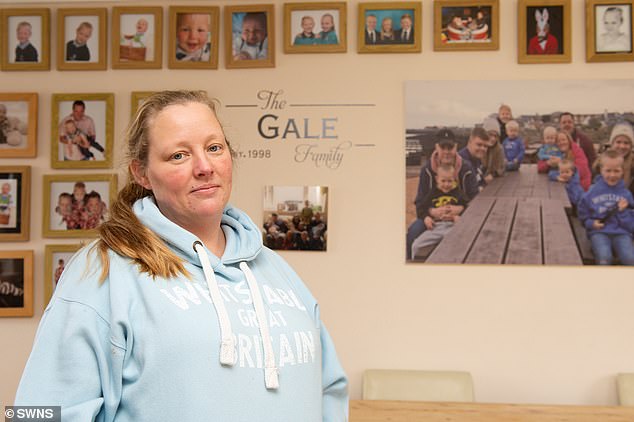 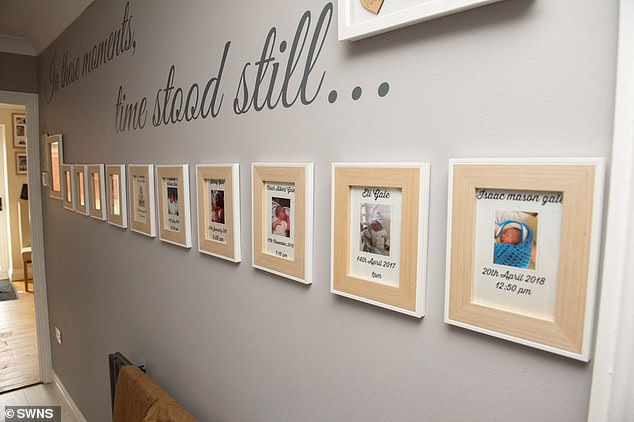 Mrs Gale often gets home from her job at Tesco at 1.30 in the morning – giving her only a few hours of respite before an especially hectic school run begins (pictured: the family’s photo wall)

She added: ‘They don’t have a choice – they all have the same, and it is easier for me.’

Despite admitting there is some tension in the house, everyone sticks together and supports each other.

The mother said: ‘There is always going to be some sibling rivalry – but they are all pretty good and pull together when they need to.

‘Five years ago, my dad had a massive brain aneurysm and it was quite tricky. I had to be at the hospital for six months everyday and they all just pulled together.’

The family do not go out on many trips together but, when they do, Mrs Gale likes everyone to look the part.

She said: ‘Two years ago, Spencer’s dad got remarried so all the children dressed the same.

‘I think it is really special when you have a big family to dress all of them the same.’

The family’s French bulldog, Buster, and cat, Jess, add to the mayhem, but the pair are adamant that they prefer the mayhem to a quiet house.

In the future they hope to build a log cabin and a conservatory in the garden to give the children more space as they get older.

But, for now, Isaac sleeps in his parents’ room, five of the younger boys share, while Emily, Charlie and Daisy each have their own bedroom. 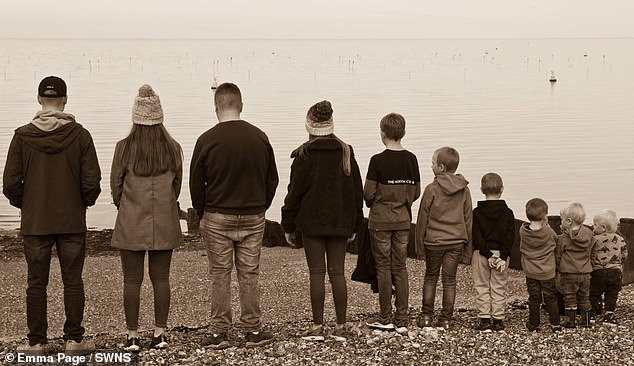 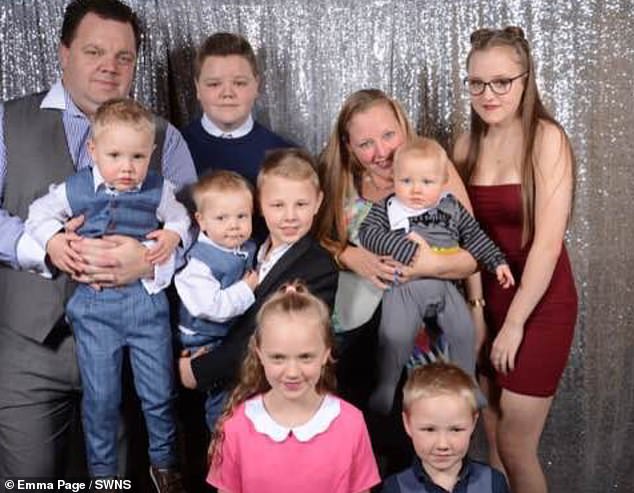 The couple admit money is very tight, so they work extra hard to make sure their children do not go without 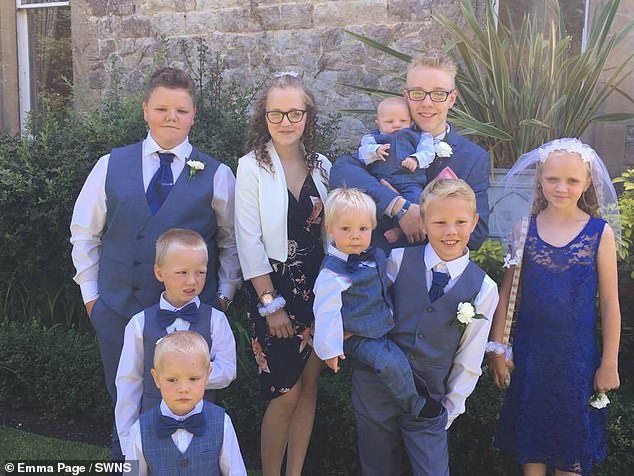 Despite Mrs Gale admitting there is some tension in the house, she said everyone sticks together and supports each other

Bekah Martinez Details Being Sexually Assaulted in Front of Her Kids