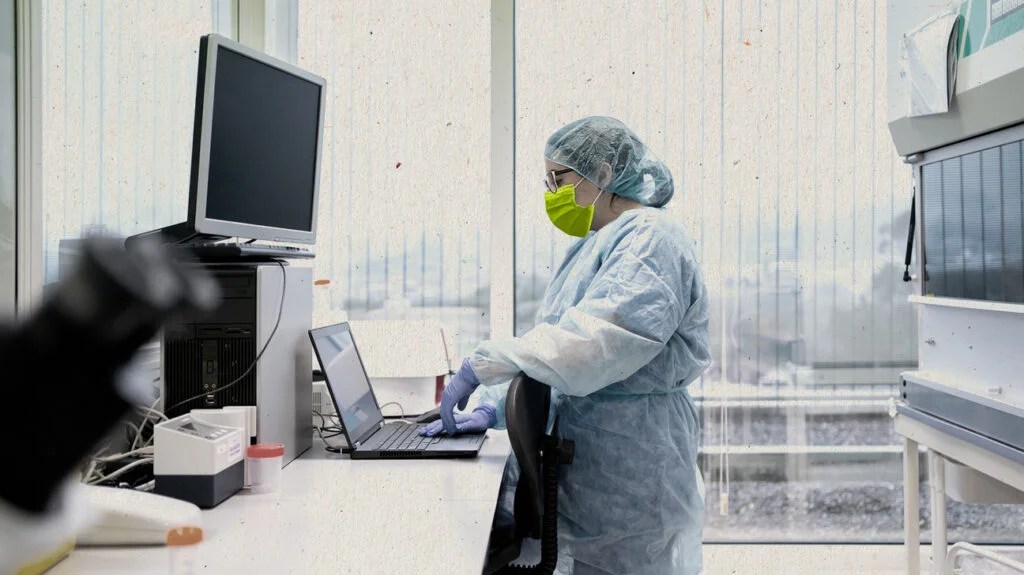 MS affects around 2.8 million people worldwide. Researchers do not yet fully understand all elements of this condition.

Researchers continue to study how the body’s immune system acts in this disease so that they can develop new treatment options.

A new study, which appears in Science Advances, investigates a possible direction for the future treatment of MS.

As noted by the National Multiple Sclerosis Society, MS is a disease that impacts the CNS, which consists of the brain, spinal cord, and optic nerves.

In MS, the body’s immune system cells attack the myelin sheath that surrounds the nerves of the CNS and the cells that produce myelin.

The damage to the CNS leads to areas of scarring and makes communication between nerves difficult. As noted by the MS International Federation, “In MS, the loss of myelin (demyelination) is accompanied by a disruption in the ability of the nerves to conduct electrical impulses to and from the brain. This produces the various symptoms of MS.”

People with MS can experience a variety of symptoms. Currently, there is no cure for the disorder. Some of the most common symptoms include:

Some more severe but less common symptoms include hearing loss, difficulty swallowing, seizures, and breathing problems. Research about the cause and treatment options for MS is ongoing.

White blood cells called T cells form part of the body’s immune response. In MS, the T cells enter the CNS and release compounds that lead to inflammation and damage to the body’s cells.

There are several types of T cells. One of the focuses in the study of MS is regulatory T cells, or Treg cells.

Piezo1 is an ion channel that influences the immune system. It helps drive the body’s response to bacterial infections and plays a role in wound healing and cancer. In the recent study, researchers examined how Piezo1 affects the action and presence of T cells.

One of the authors of the study, Shivashankar Othy, Ph.D., told Medical News Today:

“Treg cells are at the heart of cellular networks that limit tissue damage and promote repair during autoimmune diseases. Over 50 clinical trials are already underway to test the therapeutic potential of Treg cells for various conditions. Our study suggests that targeting Piezo1 channels might open new horizons for Treg-based therapies.”

The study examines the role that Piezo1 plays in relation to the body’s immune response, particularly how it impacts the function and presence of T cells. Researchers used mice with an animal equivalent of MS, known as experimental autoimmune encephalomyelitis.

Researchers were able to genetically delete Piezo1 in the mice’s T cells and study the impact this had on the T cells compared to a control group that did have Piezo1.

They used several methods to study this impact, including immune cell imaging and functional assays. They examined the organs where T cells develop and mature, individual types of T cells, RNA, and cell movement.

To their surprise, the researchers found that Piezo1 did not impact several important T cell functions. The main impact of the deletion of Piezo1 was in the regulatory T cells.

Researchers further examined how the mice without Piezo1 fared in their disease progression compared to those that still had Piezo1. They found that the disease was far less severe in mice without Piezo1 than in those with Piezo1. The results indicate that inhibiting Piezo1 might be beneficial in the treatment of MS.

Dr. Othy notes that “[w]e found the role of Piezo1 appears to be quite specific to Tregs. Therefore, targeting Piezo1 might be a new and ideal strategy to cure MS while preserving the immune system’s ability to fight new infections.”

The study did have limitations. It was a laboratory study using genetically altered mice, indicating that further research in this area will be necessary. When asked to comment on the study, executive vice president of research for the National MS Society, Bruce Bebo, noted the following:

“The observations reported were exclusively from a mouse model of MS, which hasn’t been particularly good at identifying treatments that translate into benefits for people with MS. More research will need to be done, including determining how to target this pathway pharmaceutically, and whether there are side effects and risks that need to be considered that could complicate the clinical development.”

Authors of the study note that investigating the role of Piezo1 in other white blood cells is necessary to understand its role in the body’s immune response.

Dr. Othy told MNT that “Moving forward, extensive research is necessary to fully understand the immunobiology of Piezo1 ion channels and their role in other cells of our body.”

Nevertheless, the authors are highly optimistic about their findings. Dr. Othy told MNT that “we are excited about the new, yet surprising role of mechanosensitive Piezo1 channels in limiting the function of Treg cells.”

Because the study found that Piezo1 influenced regulatory T cell function but did not inhibit other T cell functions, finding how to hinder Piezo1 could be the key to future MS treatments. Dr. Othy notes:

“Given the demonstrated ability of Piezo1 to restrain Treg cells, we believe that inhibiting Piezo1 could lead to new treatments for neuroinflammatory disorders, like MS.”

Canadian study: One in four women with ADHD has attempted suicide