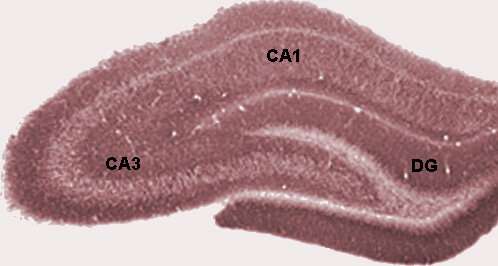 Past research in the field of neuroscience suggests that specific types of cells can contribute to the development of psychiatric disorders, including schizophrenia. However, identifying the types of cells that may play a role in schizophrenia can be quite challenging, particularly when using some of the most conventional techniques for the analysis of human tissue.

Researchers at the Lieber Institute for Brain Development and the Astellas Research Institute of America have recently carried out new study aimed at investigating gene expression in an important type of neuron that could be associated with schizophrenia. In their paper, published in Nature Neuroscience, they profiled gene expression in a region of the brain that has been found to be linked to schizophrenia, namely the dentate gyrus of the hippocampus.

Over the past few years, the same team of researchers conducted several studies with the goal of better understanding molecular correlates of schizophrenia by analyzing human brain tissue collected post-mortem. These experiments were carried out on homogenate brain tissue, which contains a complex mixture of a variety of cell types. While they gathered important insight, the use of homogenate brain tissue seemed far from ideal, as it made it harder to focus investigations on specific cell types hypothetically associated with gene expression signals in schizophrenia.

“Previous research had implicated the dentate gyrus in psychiatric illness and this subregion of hippocampus plays an important role in memory,” Daniel Hoeppner, one of the researchers who carried out the study, told Medical Xpress. “In our study, we leveraged the distinct morphological appearance of the granule cell layer, using laser capture microdissection to cut this layer out of the surrounding hippocampus tissue.”

The experimental design that the researchers used in their recent work has several important advantages. One of its key strengths is that it involves the use of RNA sequencing (RNA-seq) data from both hemispheres of the same brains; the bulk hippocampus region from one hemisphere and the dentate gyrus granule cell layer from the other.

Using laser capture microdissection combined with RNA sequencing, the researchers were able to identify far more cellular specificity for genes found in genome-wide association study (GWAS) risk loci than those characterized in previous studies. In other words, they identified cell types and genetic effects in the DG-GCL brain region that could be associated with the risk of developing schizophrenia.

The researchers identified approximately 9 million gene expression features in the DG-GCL, 15% of which were unique to this brain region and absent in other parts of the bulk hippocampus. This 15% included 15 expression loci that were previously highlighted as potential schizophrenia risk variants.

By analyzing these findings, the researchers were able to unveil genetic signals associated with schizophrenia that were never identified before, including a decreased expression of genes GRM3 and CACNA1C.

This recent report highlights the vast potential of using targeted sampling strategies, such as laser capture microdissection, to investigate specific cellular patterns in the human brain. The findings gathered by Hoeppner, Hyde, Matsumoto and their colleagues also provide new valuable insight about gene expression patterns that may be associated with the risk of developing schizophrenia.

How 'worry procrastination' could help you tackle anxiety