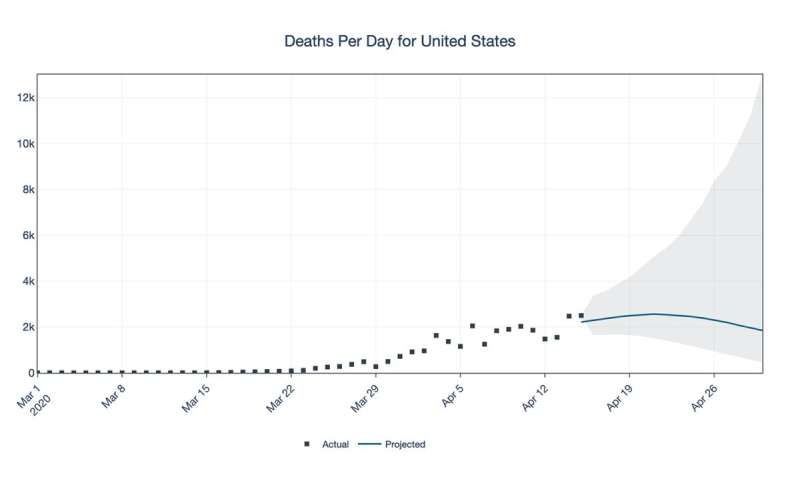 A model that projects COVID-19 deaths for all 50 U.S. states is showing that it may be another several weeks until deaths peak for most states. The model uses geolocation data from cellphones to determine the impact of social distancing in each state.

National Science Foundation-funded researchers at The University of Texas at Austin have released the model, which provides a daily estimate of fatalities from COVID-19 in the coming weeks. The model finds that the number of deaths almost certainly has not yet peaked and is not likely to peak in many states until after May 1, a finding in contrast to that of the model developed by the University of Washington’s Institute for Health Metrics and Evaluation, one of the most frequently cited.

The new model has several similarities to the IHME model, but it stands in contrast because it uses data from the U.S. to estimate the impact of recent social distancing measures in each state.

The new model predicts with at least 80% certainty that two states, New York and Louisiana, will be past their peak by April 19. The model also predicts a chance of at least 80% for a peak in April in Washington, D.C., and these seven states: New Jersey, Michigan, Colorado, Connecticut, Florida, Nevada, and Massachusetts.