Home » Health News » No, Aussie bats won’t give you COVID-19. We rely on them more than you think 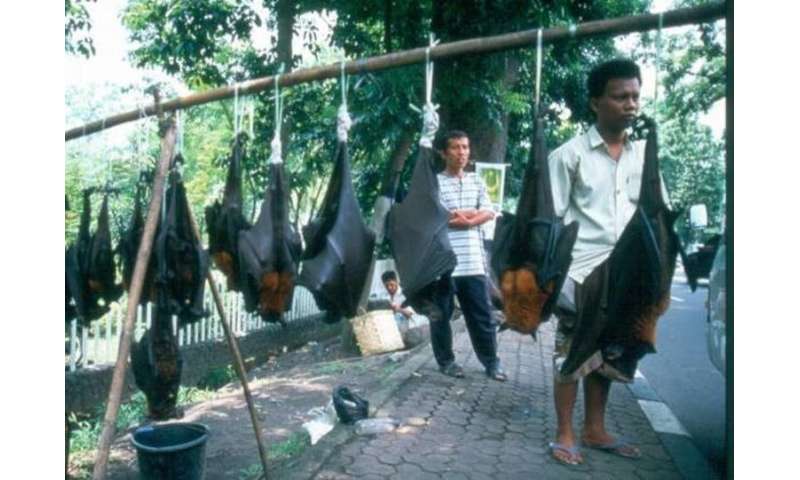 In this pandemic it’s tempting to look for someone, or something, to blame. Bats are a common scapegoat and the community is misled to believe getting rid of them could be a quick fix. But are bats really the problem?

Australian bats have been in the news recently for two main reasons: the misplaced fear they might carry COVID-19, and overblown reports they carry a koala-killing virus.

This recent bad press has seen increased incidences of disturbing cruelty against Australia’s bats, as well as calls to cull or “move on” bats that live close to people. Because fewer bats would mean less disease, right? Wrong. Here’s why.

COVID-19 is caused by the SARS-CoV-2 virus. This virus is one of thousands of coronaviruses found in mammals all over the world, most with no impact on people.

A closely related virus has previously been identified in a species of horseshoe bat in China, so it’s probable the ancestor of the SARS-CoV-2 virus originated in bats.

While several coronaviruses have been detected in various Australian bat species, none are closely related to those viruses associated with zoonotic (animal-borne) diseases like COVID-19, SARS and MERS. And none have been recorded to infect people.

Australian bats also recently appeared in the news because of the discovery of a retrovirus in black flying-foxes related to koala immune deficiency syndrome. Some news outlets have falsely suggested bats pose a risk to koala populations.

But the original scientific paper clearly stated the proposed transmission from bats to koalas happened long ago, on evolutionary time scales. What we see in these species today are two separate viruses—there’s no evidence the virus detected in today’s bats can infect koalas, let alone cause disease.

Aussie bats have had it tough

There are about 1,400 species of bats worldwide, including 81 in Australia.

All of our bat species are native and unique. Most are small, nocturnal, and call outside of the human hearing range, so the average Australian would be lucky to see more than a couple of species in their lifetime.

This is important to remember when it comes to thinking about how often they actually interact with people.

Flying-foxes have had a tough few months. Many Eucalypts failed to flower, so food shortages saw thousands of flying-foxes perish from starvation, and then many more died en masse in this summer’s extreme heat.

They were also heavily affected by the summer bushfires that burnt large tracts of the bats’ winter feeding areas.

What are bats doing in urban areas?

Flying-foxes show up in urban areas in search of food. Many residents equate seeing more flying-foxes to the species increasing in numbers, and are frustrated that the bats are classified as threatened.

In fact, grey-headed flying-foxes have experienced substantial population declines in recent years. While there are currently hundreds of thousands, historical data indicate that there were once millions.

Nonetheless, bats are not always easy to live close to. Their fly-outs make for spectacular shows, but colonies can also create a lot of noise, smell and mess.

This, plus misunderstandings around disease risks, including from COVID-19, has meant loud voices are calling for the eviction of bats from urban areas by any means possible.

Why can’t we just move or cull them?

Managing bats in urban environments is no straightforward matter. Flying-foxes have complex movement dynamics, which makes “dispersing” them from urban areas extremely difficult.

Those who advocate for dispersals to be carried out often cite the Sydney and Melbourne Botanic Gardens as examples of successes. But these took place over months and years, large areas, and cost more than A$2 million each. Relatively cheaper dispersals have also been attempted, but ultimately failed.

Culling is an equally impractical and extremely controversial suggestion. Most Australians accept that needless killing and harming of native wildlife is unacceptable, and our laws reflect this.

There are the obvious animal ethics issues, but from a practical perspective, proposing we could cull (by shooting) flying-foxes in densely-populated urban areas to effectively reduce populations is also completely unrealistic.

What’s more, attempts at both dispersals and culling are known to have the undesirable effect of splintering colonies, and driving stressed bats into surrounding areas (parks, residential backyards, school grounds). Essentially, increasing people’s exposure to bats.

Physiological stress could also promote viral shedding. Flying-fox populations are already struggling to recover from severe food shortages, extreme heat events and bushfires. So advocating such actions is misguided, with the potential to amplify, rather than alleviate disease risk.

Are bats to blame?

No, bats are our friends – we rely on them more than most people realise.

Many bats are voracious predators of insects and their service to the global agricultural industry is worth billions of dollars each year.

Flying-foxes also help maintain the integrity of forests by providing long-distance pollination and … d-dispersal services. That makes them integral to the recovery of Australia’s forests from last summer’s fires.

The fundamental issue is not the viruses in bats. SARS-CoV-2 is now a human virus, and we are responsible, knowingly or not, for its global spread.