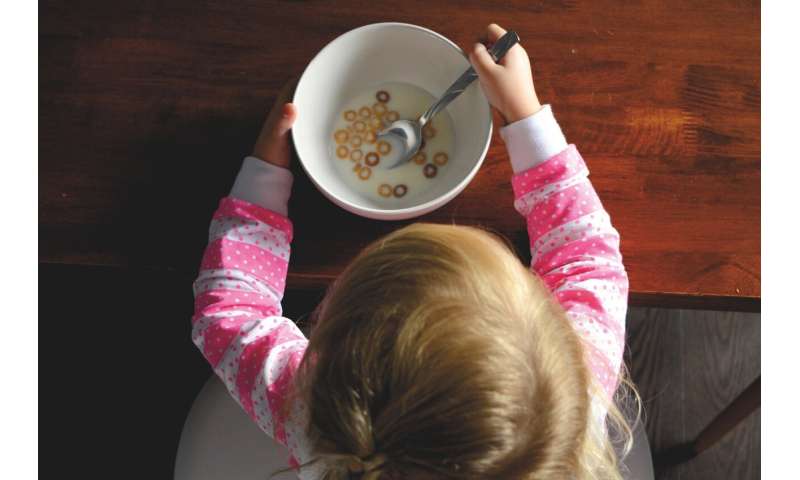 As yet, there is no effective remedy for young children (aged one to four) with recurrent respiratory tract infections. The children cough, have a fever or blocked nose, or catch colds more often than average. This often goes on for years. The children muddle through until their upper respiratory tract infections finally abate. Ellen van der Gaag, a paediatrician at the Twente Hospital Group (ZGT) and a University of Twente Ph.D. candidate, has studied this group of children and is now calling for the introduction of dietary guidelines. Dr. Van der Gaag says, “My aim is to strengthen these children’s immune systems in a natural way, to help them develop greater resistance to infection. The dietary guidelines include green vegetables, whole milk, butter and beef. Children who consume these products have been shown to suffer significantly fewer respiratory complaints.”

Ellen van der Gaag investigated the effect of a dietary advice on colds, coughs, fever, antibiotic use, thyroid function and fatigue in children aged one to four. The dietary guidelines include green vegetables, whole milk, butter, and beef (in quantities that comply with Netherlands Nutrition Centre guidelines). These unprocessed food products are the normal constituents of traditional Dutch meals. Dr. Van der Gaag says, “It has been shown that children who follow this dietary advice experience fewer fevers and use antibiotics less often. Nor do they cough and sniff as much as they used to. They also visit their GP less often and are less tired. This dietary advice has no adverse effects—the children experience no excessive weight gain nor are there any untoward changes to their cholesterol profile. The dietary guidelines seem to be a simple and safe way of reducing common health problems in children.”

A previous study by Ellen van der Gaag (2012) showed that 16% of children who repeatedly suffer upper respiratory infections eat few vegetables and almost no beef at all. In addition, it revealed that young, growing bodies also need pure unprocessed products and fats, such as those found in butter and whole milk, for example. During her Ph.D. research, Dr. Van der Gaag studied young children (aged one to four) who were usually ill for about 14.5 days a month (i.e. almost half of the year). Only 5% of these sick children had known medical disorders, the remaining 95% were otherwise perfectly healthy. The dietary guidelines were tested in a six-month randomised controlled trial involving 120 children. The results showed that children with no known medical disorders were only ill for 4.8 days a month during the last three months of the study period, a significant improvement.

Ellen van der Gaag also investigated the effects of the four above-mentioned products in older children. Her research showed that the dietary guidelines produced encouraging results in this group as well.

Ant McPartlin health: ‘I’m all over the place’ – Star on diagnosis that ‘made sense’

Type 2 diabetes: Three ‘most common’ symptoms – you may become used to them expert warns