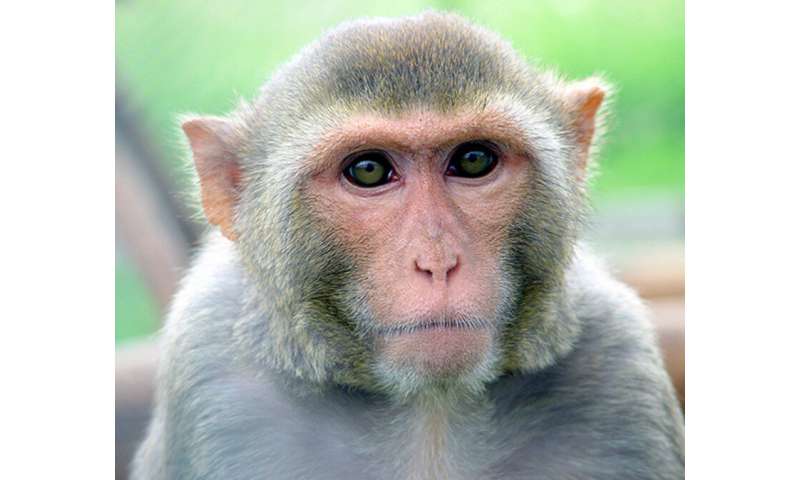 When we find something particularly beautiful or impressive, we literally get big eyes: Our pupils dilate. The pupil controls how much light enters the eye and falls on the retina. When there is a lot of light, the pupil contracts; when there is little light, it opens again. Neuroscientists from the German Primate Center (DPZ) – Leibniz Institute for Primate Research and the European Neuroscience Institute Göttingen have now found out in a study of humans and rhesus monkeys that the movement of the pupil is not only reflexively controlled by the amount of incident light, but unconsciously also by our mind. Thus, the pupil can follow rhythms that arise in the environment. In this way, the opening of the pupil is optimally adapted to our environment which enhances perception. The study is published in theJournal of Neuroscience.

Sensory impressions from our environment are often rhythmic, not only when we hear, but also when we see. For example, the blue light of a passing ambulance flashes about 120 times per minute. We also react unconsciously to visual events in our environment, which can be registered by our senses as regular patterns. From these patterns our brain can, for example, deduce when the next flash of blue light will hit the eye and prepare itself for it.

An important factor in vision is the adjustment of the pupil diameter. Smaller pupils provide a sharper image, while larger pupils allow more light to reach the retina, making it more likely that even weak stimuli will be processed. Pupil diameter is controlled by the pupillary reflex, which automatically, i.e. without our knowledge or intention, adjusts the pupil muscles to the incidence of light. But not all relevant environmental information is contained in the amount of incident light alone. Computations are therefore required in the brain that go beyond the capabilities of a reflex to take into account all available information. The aim of this study, funded by the German Research Foundation (DFG), was to find out whether and to what extent pupil dynamics are controlled fully automatically or whether they are also influenced by more complex rhythms in the environment.

For the investigations, pupil movements of two male rhesus monkeys (Macaca mulatta) and several test subjects of both sexes were measured using a high-speed video camera, while the subjects were shown sequences of images of human faces at a temporal frequency of two hertz. A dark background was shown between the images. The alternation of background and image causes the pupil to dilate and contract in rhythm with the images. During the experiments, the order of the images was manipulated—they were grouped in pairs so that a particular image always followed a particular other image. Thus, there are two rhythms to which the pupil reacts: a fast one (two hertz), which results from the alternation of image and background, and one at half that pace (one hertz), which results from the arrangement of the images as pairs. The sequence of the pairs is not given by the light itself, and therefore requires an additional computation of environmental rhythms in the brain. Since the luminance of the faces in all pictures as well as the dark background in the “pauses” remained unchanged, but the arrangement of the pictures varied, conclusions could be drawn about the influence of this additional computation on pupil dynamics.

Mother, 42, with polycystic ovary syndrome goes on to have TEN kids