Home » Health News » Ovarian cancer symptoms: This sign when you go to the toilet may signal the deadly disease

Ovarian cancer is one of the most common types of cancer in women, but symptoms don’t usually show in the early stages. While they may appear as the cancer advances, they can often be confused for less serious conditions, such as irritable bowel syndrome (IBS) and pre-menstrual syndrome (PMS).

Like all cancers, there’s currently no cure, but spotting symptoms early can ensure treatment is more successful and a better chance of survival.

According to Mayo Clinic, one symptom of ovarian cancer to watch out for is changes in bowel habits, such as constipation.

Changes in bowel habits may occur because the cancer has spread o the bowel, or because pressure from fluid buildup could be affecting the area.

Other changes in bowel habits which should spark concern include posing more often, with looser, runnier poos and blood in poo. 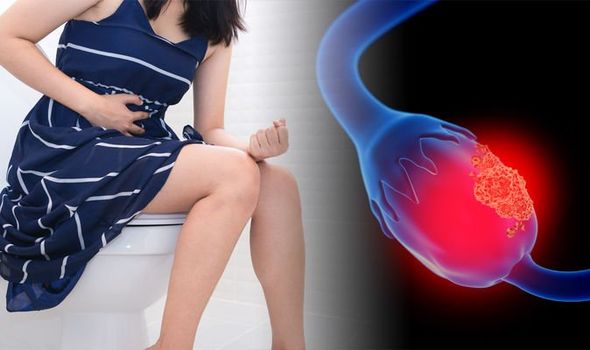 Other symptoms of ovarian cancer listed by Mayo Clinic include:

The NHS lists more symptoms which can occur:

The health body goes on to advise: “See a GP if you have been feeling bloated, particularly more than 12 times a month or you have other symptoms of ovarian cancer that will not go away – especially if you’re over 50 or have a family history of ovarian or breast cancer, as you may be at a higher risk.

“It’s unlikely you have cancer, but it’s best to check. A GP can do some simple tests for ovarian cancer to see if you might have it.

“If you have already seen a GP and your symptoms continue or get worse, go back to them and explain this.”

A person’s risk of developing ovarian cancer depends on many things including age, genetics, lifestyle and environmental factors. 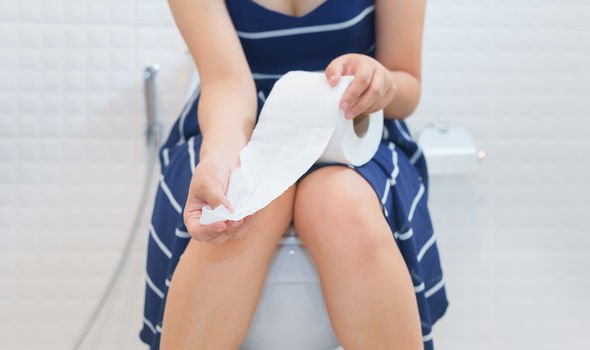 One risk factor which has been linked to ovarian cancer is age.

Cancer Research UK explains: “As with most cancers, ovarian cancer becomes more common as you get older.

“The risk of ovarian cancer increases steeply from around 45 years and is greatest in those aged between 75 and 79 years.” 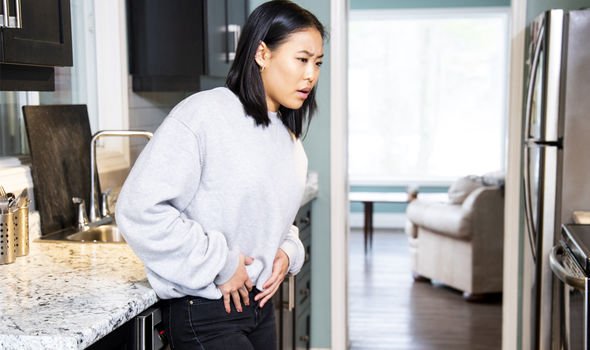 How to prevent ovarian cancer

There are a number of factors which have been shown to reduce the risk of developing ovarian cancer, but it’s important to consider the other risks which may be associated with them.

“However, you and your GP need to weigh up the benefits and other possible health risks of taking the combined contraceptive pill.”

Pregnancy and breastfeeding have also been shown to reduce the chance of developing ovarian cancer.

Best supplements for the brain: An antioxidant shown to boost brain health and memory