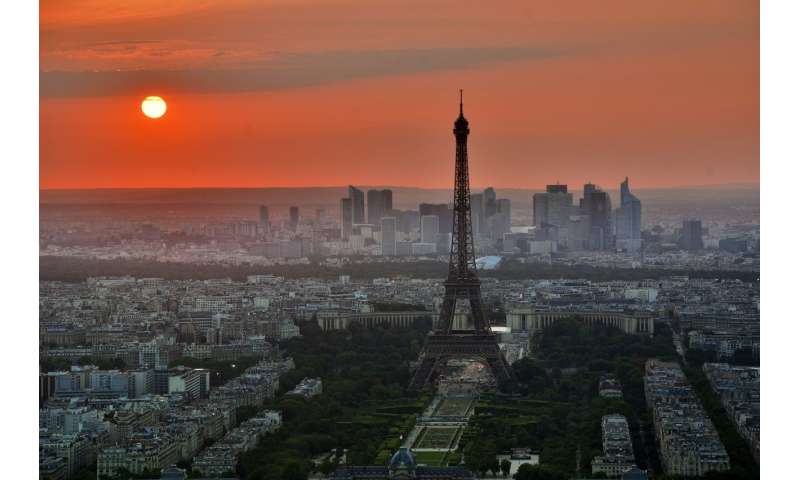 Paris on Tuesday banned daytime jogging to keep people from bending anti-coronavirus lockdown rules as France breached 10,000 deaths due to the outbreak.

Of these, 7,091 had perished in hospitals—597 in the last 24 hours—and 3,237 in old age homes, Salomon said, warning “the epidemic is continuing its progression.”

“We are in the ascending phase of the epidemic, even if it is slowing a bit,” he said, adding “we have not yet reached the peak.”

Senior government officials warned it was too early to think of lifting the nationwide lockdown which entered into force on March 17 and is set to run until April 15, for now.

Interior Minister Christophe Castaner has urged municipal officials to toughen restrictions on movement if necessary, and Paris announced it would enforce a ban on individual outdoor sports between the hours of 10:00 am and 07:00 pm starting Wednesday.

Under the nationwide orders, people can leave home only for essential purposes, which include a solo walk or run within a one-kilometre (0.6-mile) radius of home.

But amid a spell of sunny spring weather, large groups of Parisians were seen running, walking and congregating over the weekend, even as police stepped up patrols and already overstretched hospitals grappled with an influx of patients.

Paris and other cities have already closed public parks and gardens as part of the nationwide lockdown that requires people to carry a document justifying any excursion from the home.

Those caught without the document risk a fine starting at 135 euros ($147).

In the north of France, the mayor of Marcq-en-Baroeul has made spitting in public, coughing or sneezing without covering one’s face, and throwing used masks and gloves in the street punishable by a fine of 68 euros.

But France’s Human Rights League said Tuesday it would take the mayor to court for what it considered a violation of fundamental human liberties.

And the Atlantic coastal resort city of Biarritz on Tuesday overturned a two-minute limit it had set for people to spend on public benches after widespread criticism.

The lockdown “is difficult for many French people, I am fully aware of this. But it is essential if we do not wish to find ourselves in an even worse situation than the one we are experiencing today,” he said.

Like many other nations, France on Tuesday also debated the merits of encouraging, even compelling, people to wear face masks to prevent virus spread.

France’s Academy of Medicine, which advises the government on epidemics, has advocated mask-wearing as an aid in curbing the outbreak, but international bodies, including the World Health Organization (WHO) disagree.

The WHO said Monday that asking the general public to wear face masks could be justified in areas where hand-washing and physical distancing were difficult, but warned that masks alone could not stop the pandemic.

France’s Order of Pharmacists and two labour unions urged the government Tuesday to allow pharmacies to sell “alternative” non-medical grade masks to members of the public as an added protection.

Thousands of surveys show the impact of smoking around the world