Through no fault of their own, Niki Jones, Stevie Lewis and Tony Preece each found their way into the hell of drug dependency, as a result of medication they’d been prescribed by their doctors.

They were taking pills commonly prescribed to treat pain, depression, anxiety and insomnia and were soon locked into a vicious cycle of agonising side-effects and crippling withdrawal symptoms.

But like many thousands of other innocent victims, they were left to battle their demons alone — for many years — without any support or advice from the medical profession that had put them in this situation in the first place.

Niki Jones, now 47, from Llanfihangel Tal-y-llyn, Powys, spent ten years struggling to free herself from the grip of the opioid painkiller fentanyl she was prescribed for severe facial nerve pain. 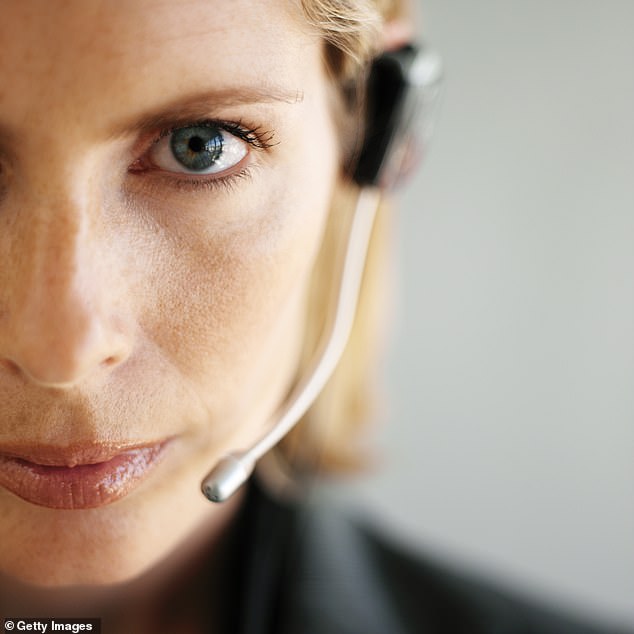 ‘I can’t understand why I was left on a drug as strong as fentanyl for all those years, let alone that I didn’t get the help, information or support I needed to come off it,’ she says. ‘I’m incredibly angry.’

When she tried to stop taking her medication, she experienced withdrawal symptoms including the horror of akathisia, a movement disorder common during withdrawal that she describes as feeling like ‘your whole body is trying to turn itself inside out’, constant panic attacks and overwhelming feelings of ‘sadness, fear and intense rage’.

‘Death seemed the only sensible way out — at the time it was a logical solution to this level of suffering,’ she told Good Health.

When Stevie Lewis went to her GP with insomnia, the business consultant was prescribed the antidepressant paroxetine. It took her 20 years to break free. Whenever she tried to stop taking it, she suffered ‘tremendous nausea and dizziness’, says the 64-year-old from Rogiet, South Wales.

A few days after quitting, she would feel highly anxious and tearful — which her doctor misinterpreted as an anxiety disorder, ordering her to stay on the pills.

It was the start of a nightmarish roller-coaster of prescribed drugs, each with punishing side-effects and withdrawal symptoms, says the 59-year-old from Worcester.

‘I was put on a chemical conveyor belt with no support to help me get off it,’ says Tony.

Stories like theirs are adding to the growing pressure on the Government to implement the recommendations of a Public Health England (PHE) report on prescription pill dependency published in September.

The recommendations included setting up a 24-hour helpline and website to offer support to the thousands of patients who find themselves with nowhere to turn.

The report, commissioned following pressure by the All Party Parliamentary Group (APPG) for Prescribed Drug Dependence, backed by a Daily Mail campaign, says the helpline and website should carry information about drugs, including common side-effects, advice on withdrawal, including details of symptoms and strategies for tapering the dose down, and contact details for local specialist support services. 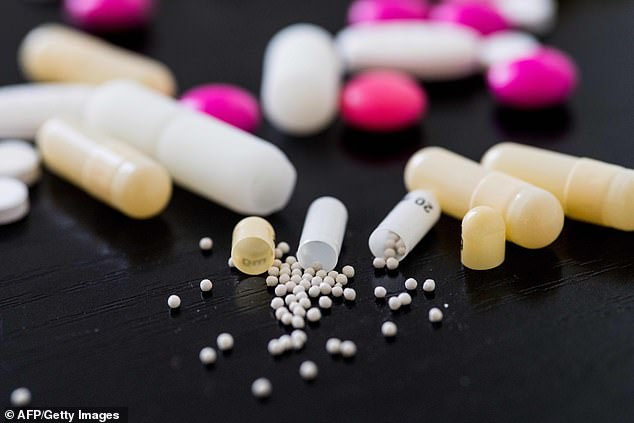 They were each taking pills commonly prescribed to treat pain, depression, anxiety and insomnia and were soon locked into a vicious cycle of agonising side-effects and crippling withdrawal symptoms (file image)

Now there are calls on the Government to set up the helpline and website as a matter of urgency. The Public Health England report is ‘a huge step forward and points the way to measures that will do a great deal to diminish the scale of over-prescribing and dependence on prescription drugs for the future’, says Sir Oliver Letwin, until recently the MP for West Dorset and chair of the APPG.

‘But we mustn’t forget there are many thousands of patients caught in dependence and we need proper support for those patients now,’ says Sir Oliver, who last week met Health Secretary Matt Hancock, urging him to act on the PHE recommendations.

Nothing is likely to happen until after the General Election but, although the Department of Health said it was ‘considering the recommendations made in Public Health England’s review, alongside ongoing activity to tackle the root of the problem’, so far there has been no commitment to implementing the helpline and website.

Luke Montagu, the Viscount Hinchingbrooke, a member of the APPG, says the helpline would be a lifeline for thousands of people. In a powerful article published by Good Health in 2017, Viscount Hinchingbrooke wrote of his own 20-year battle to break free from antidepressants he was prescribed after a routine operation aged 19.

‘When you’re going through withdrawal hell what you need is somebody to reassure you that your symptoms are normal, that you will, in time, recover, and to point you towards resources that can help,’ he told Good Health.

Instead he, like many others, was left to fend for himself, eventually finding help from an online community of fellow sufferers.

Niki Jones’s personal hell began just before Christmas in 2002. She was 30, living in London and loving her job as an executive with the British Horse Racing Board when her life was derailed by a condition that not only cost Niki her career, but opened the door to the nightmare of dependence on fentanyl.

On Christmas Eve, she was struck by trigeminal neuralgia, where a nerve connecting the face to the brain is compressed, triggering unbearable pain. ‘It was like someone put a cattle prod to the side of my head,’ recalls Niki.

Multiple operations followed, as did a cascade of painkilling drugs, culminating in fentanyl, which she was first prescribed in 2004.

Since then she has taken it almost continuously, trying at times to give up, but failing in the face of withdrawal agonies.

As is often typical for those trapped in dependence on opioids, antidepressants and benzodiazepines, Niki experienced physical and psychological symptoms that made her feel she was losing her mind — all for the want of professional guidance on how to withdraw safely, by tapering her drug use over months or years.

Last year, Niki made another determined effort to taper her dose down, but without any guidance. She says: ‘I went too fast, dumping myself into chronic withdrawal. After that I tried three more times having read about it in online patient forums but failed — the withdrawal was too bad.’

Only now has Niki found the support she needs to taper successfully, with advice provided by a team including a prescribing nurse, pharmacist and pain consultant at a specialist long-term conditions unit at Bronllys Hospital in Powys, which she found by chance after contacting a Welsh pharmacist on Twitter.

Such units are few — and, says the APPG, are exactly the sort of services the health service should be setting up across the UK.

Tony Preece may have finally broken free, but the battle has left his life in ruins.

He was 35, married with two children and working as an environmental scientist for a county council when his life was derailed after the Government’s centralisation of environmental responsibilities saw him transferred to the new Environment Agency.

He had to move to Stockton-on- Tees, leaving the family in Worcester and seeing them only at weekends, when the stress of the new job and supporting two households triggered anxiety attacks.

At the end of 1996, Tony’s GP signed him off work for a fortnight ‘and I never went back’, he recalls.

Since then, his life has been a blur of prescribed drugs, each of which is now recognised as posing serious problems with dependency. One of the first was an antidepressant — ‘and I experienced a state of terror that was off the scale’.

In desperation, he rang his doctor in his hometown to ask if he should stop the drug — ‘His very words were: “It’s up to you”,’ says Tony.

Tony struggled on until, in July 1997, ‘I suddenly stopped taking the drug and became violently ill.

‘My pulse was racing non-stop. I was terror-struck, suicidal and gripped by a fear that I was going to go completely insane.’

He was admitted to a mental health unit in Hereford, where he stayed for a week. It was a time of ‘utter despair — I just lay there clinging to the bed because I thought that if I didn’t contain myself I might go berserk.’

In the hospital, Tony was given ‘another pill’ — the beginning of an extraordinary journey through many of the drugs familiar to the almost one million people in England identified by the recent PHE report as having been on antidepressants for at least three years — including buspirone, mirtazapine, citalopram and Prozac.

‘In each case I stopped them dead because I didn’t know any better,’ says Tony, and in each case the disturbing effects of the withdrawal — including insomnia, a sensation of burning skin, akathisia and anguish — were mistaken for a return of his original condition, prompting a fresh round of prescriptions.

‘I’ve seen maybe eight or nine psychiatrists and not one of them, nor any other health professional, ever mentioned side-effects, withdrawal or tapering.’

Only now, after engaging online with fellow sufferers, does Tony know that ‘what I was going through was withdrawal. At the time I just thought I was still ill and was given yet another pill to put right problems that were actually being caused by withdrawal.

‘I don’t want anyone else to go through what I went through,’ says Tony. A helpline might have changed his life. As it is, that life has hit rock bottom.

On the day he spoke to Good Health, Tony was sleeping rough. He lost his career, had two failed marriages and is estranged from his 31-year-old daughter.

His 35-year-old son, who lives in Worcester, recently took him in for a couple of weeks, but ‘I’ve become simply unable to cope and left. He’s said I am welcome back, but I cannot cope with people now’.

Tony came off his last prescription pill a year ago, but fears he will never shake off the psychological effects.

He is reluctant to blame all his problems on following doctors’ orders — ‘I have made many very poor decisions in my life,’ he admits. ‘But I had a career and a stable life, and after starting the drugs, my life got worse.

‘When I first saw the GP back in 1996 I was suffering from anxiety and panic attacks. And then I descended into hell.’

Hell was where Stevie Lewis found herself after being prescribed the antidepressant paroxetine at the age of 41 by a GP in December 1996 after she complained of insomnia.

She spent two decades battling to extract herself from the grip of the drug — a fight she blames for the failure of her first marriage.

Six years after first being prescribed paroxetine, Stevie contacted an online support group and finally realised that her symptoms, rather than being a sign she might be going mad, meant she’d become dependent on the drug and was experiencing withdrawal every time she tried to kick it.

Even with the support of a new doctor, such was the medicine’s hold that it would take Stevie a further 15 years to break free.

For two-and-a-half years Stevie, now 64, has put her energy into campaigning including for a help-line, which she says is urgent, adding it would have been a godsend to thousands like her who ‘were told we were an anomaly’.

‘Withdrawal symptoms are terrifying,’ she says. ‘People need someone on the other end of the phone saying: “I understand what you’re experiencing is frightening, but your withdrawal symptoms are not just in your head — it is a physical phenomenon, due to the absence of the drug from your body.” ’

How These Aussie Athletes Deal With Performance Pressure

Will COVID-19 become a disease of the young?