People who lose their sense of smell are at risk of DYING because they cannot detect poisonous gases, smoke or rotten food, scientists warn

People who lose their sense of smell are at risk of dying but doctors do not take the issue seriously, researchers have found.

Scientists questioned 71 people who were living without a sense of smell, a condition known as anosmia, to find out about their experiences.

Many were suffering from depression because they could no longer smell freshly cut grass or loved ones, with one woman even saying the condition ended her marriage.

The scientists said people who couldn’t smell were faced with the dangers of being unable to smell gas, smoke or rotten food. 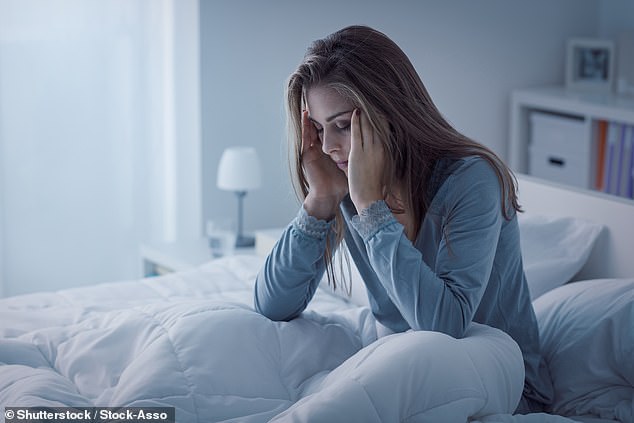 People who lose their sense of smell are at risk of dying but doctors do not take the issue seriously, researchers have found (stock image)

Anosmia is surprisingly common and thought to affect around five per cent of the UK population, which is approximately 3.25million people.

In the US around three per cent of people are affected – almost 10million – according to the Department of Health.

There are many causes, including infections such as sinusitis and diseases like Alzheimer’s, Parkinson’s and multiple sclerosis.

Injuries and some medications can also cause people to lose their sense of smell.

The author of the new study, Professor Carl Philpott from the University of East Anglia, hoped the research would prompt doctors to take the issue more seriously.

He and colleagues worked with patients aged between 31 and 80 who were being treated at a taste and smell clinic at the James Paget University Hospital, in Norfolk.

Losing the sense of smell also reduces the sense of taste and can make people taste food differently or not at all.

Some participants said they no longer enjoyed eating so had lost weight, while others had become so put off by food that they were too self-conscious to serve meals to family or friends.

And some parents felt like failures because they could not tell when their child’s nappy needed changing.

Anosmia is the medical name for a condition in which someone suffers a complete or partial loss of their sense of smell.

It is different to hyposmia, which is a decreased sensitivity to some or all smells.

Around 3.5million people in the UK are affected by the condition, along with nearly 10million in the US. It is surprisingly common and affects between three and five per cent of people.

As well as losing the sense of smell, people with anosmia may also have a reduce sense of taste, because the senses are so closely linked.

Most people will have been unable to smell at one point or other during their lives because of a cold or blocked nose, but people with anosmia may have it forever.

The most common single cause of the condition – temporary or permanent – is illnesses which affect the nose or sinuses, such as polyps which grow in the airways, fractured bones or cartilage, hay fever or tumours.

Head injuries and nervous system diseases like Parkinson’s or Alzheimer’s may also contribute to the condition by damaging nerves in the nose which are responsible for detecting smells.

If these nerves are damaged the messages they send to the brain may be incomplete or stopped completely.

People may also inherit anosmia through their genes or develop it from other causes including liver failure, diabetes, or for no obvious reason at all.

‘One mother found it difficult bonding with her new baby because she couldn’t smell him,’ professor Philpott said.

A mother wrote: ‘The thought of not smelling my children again is too distressing to accept.’

Professor Philpott added that the disappearance of smells linked to happy memories was also an issue.

Smell provides a link to ‘people, places and emotional experiences’ which is absent in those with anosmia.

Another female sufferer said the experience was like ‘living in a world behind glass.’

A woman who was convinced her lack of smell had destroyed her marriage said: ‘I am sure there was an impact on sex, and being close to my husband.

‘Although our marriage was already in difficulty, I believe anosmia helped end it.’

Another woman, named Verity, said: ‘I have depression and BPD [borderline personality disorder] but I have no idea how strongly that’s tied to the anosmia.

‘It’s hard to say how much I miss out on as I have no idea what it’s like to be normal.’

The study suggested people’s problems are made worse by a lack of understanding, or caring, about smell loss among doctors.

Professor Philpott added: ‘Smell disorders affect around five per cent of the population and cause people to lose their sense of smell, or change the way they perceive odours.

‘Some people perceive smells that aren’t there at all.

‘There are many causes – from infections and injury to neurological diseases such as Alzheimer’s and as a side effect of some medications.

‘Most patients suffer a loss of flavour perception which can affect appetite and can be made even worse if distortions in their sense of smell also co-exist.’

The study was carried out with Fifth Sense which supports people with smell and taste disorders.

The charity’s chairman Duncan Boak, said: ‘Anosmia can have a huge impact on people’s quality of life in many ways, as this research demonstrates.’

The research was published in the journal Clinical Otolaryngology.

EU: too early to say if COVID booster needed as Germany, France press ahead