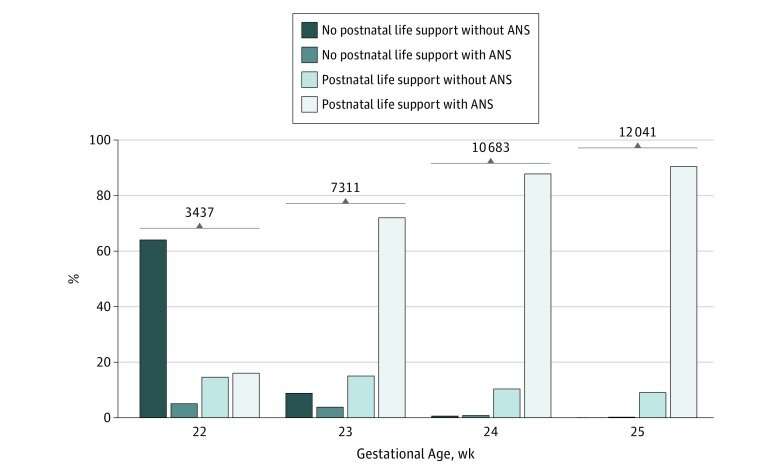 Steroid treatment before birth appears to improve survival and reduce complications among extremely preterm infants, according to a new study. Antenatal steroid therapy, given to women at risk of preterm delivery, causes the fetal lungs to mature and has been shown to improve survival and reduce complications among infants born from 24 to 34 weeks of pregnancy. However, previous studies of the treatment for infants born between the 22nd and 23rd week—those at greatest risk for death and disability—were inconclusive.

Of the mothers of the 431 infants in the study, 110 did not receive the steroid betamethasone, 80 received partial treatment (one dose) and 241 received complete treatment (two doses 24 hours apart).

Of the infants exposed to complete treatment, 53.9% survived until hospital discharge, compared to 37.5% with partial treatment and 35.5% with no treatment. Compared to infants receiving no treatment, infants exposed to full treatment were 1.95 times more likely to survive and 2.74 times more likely to survive without major complications such as severe bleeding in the brain, severe lung disease (bronchopulmonary dysplasia), cysts in brain, severe inflammation of the intestines (necrotizing enterocolitis) or abnormal blood vessel growth in the retina (retinopathy of prematurity needing treatment).

‘Get your second dose of AZ!’ Doctor says under-30s ‘at risk’ if they don’t get vaccine