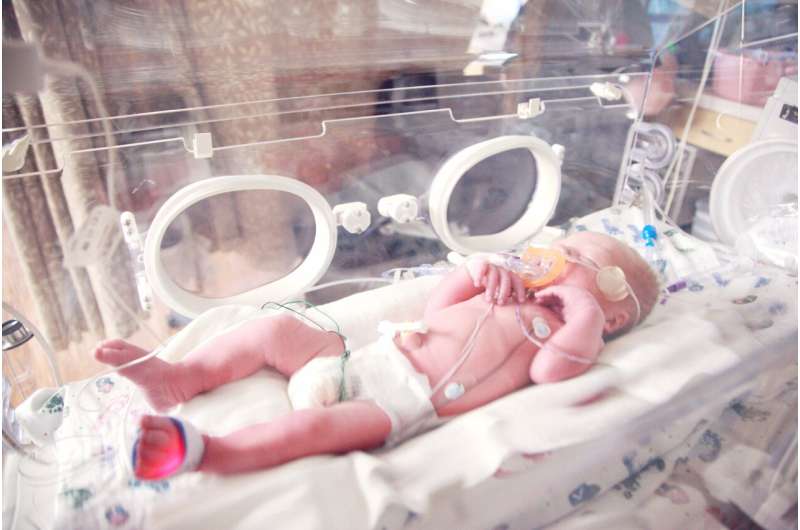 Children who are born severely ill or who develop serious illness in the first few weeks of life are often difficult to diagnose, with considerable implications for their short and longer-term care. But whole genome sequencing (WGS), carried out rapidly, can provide an accurate diagnosis and therefore lead to improvements in their clinical care. Results from an Australian study of such a use of WGS presented to the annual conference of the European Society of Human Genetics on June 12 show how the integration of genomic, transcriptomic, and functional data can accelerate rare disease diagnosis on a national scale.

“The evidence of diagnostic, clinical, and family benefit of rapid genomic testing in critically ill children is overwhelming. This type of testing should become the standard of care for these patients,” says the presenter, Professor Zornitza Stark, clinical geneticist at the Victorian Clinical Genetics Services and Australian Genomics. “And rapid genomic diagnosis programs should continue to drive improvement, innovation, and discovery more broadly.”

The researchers carried out nationwide ultra-rapid WGS in 290 critically ill pediatric patients with rare disease between January 2020 and January 2022. They aimed to have diagnoses in less than five days. “We wanted the program to serve as an exemplar of how genomics can improve diagnostic and clinical outcomes in pediatric disease in real time,” says Prof. Stark. “We have now incorporated RNA sequencing and, through close collaboration with clinicians and researchers, optimized the use of functional data to secure additional diagnoses.”

Ultra-rapid WGS resulted in a diagnosis in 136 patients, with an average time to diagnosis of just under three days. Of the 154 patients who were not diagnosed by standard WGS analysis, RNA sequencing, functional assays and other tests led to an additional 20 diagnoses. New disease-causing genes were also identified through international matchmaking efforts, and studies are underway to find further diagnoses.

Although the cost of genomic testing remains high compared with other diagnostic investigations, particularly when delivering results in rapid turnaround times, its use provides substantial savings to healthcare systems in the longer term. Complex, time-critical tests such as ultra-rapid WGS are best delivered by a multi-disciplinary team, and that means that both capacity and capability in the clinical and laboratory genetics workforce need to be grown, says Prof. Stark.

“Our approach can serve as a model in other healthcare systems, although it will need to be adapted to local circumstances and to evolve over time. For example, Australia has a very geographically dispersed population, which is relatively small compared to the land area. It made sense for us to have a central sequencing laboratory for this study, with a lot of attention paid to sample transport logistics and to including local teams in analysis through virtual meetings. Different models will be needed in countries with high population density.

“Undoubtedly, there are also adults with rare diseases who would have benefited from ultra-rapid genomic diagnosis but were excluded from the study,” Prof. Stark says. Clinical genetics services have traditionally been much more involved in providing consultation in neonatal and pediatric intensive care units, facilitating the identification of patients who would benefit from rapid genomic testing, so raising awareness of genomics in the adult intensive care setting will be a challenge in extending access.

Ethical questions are involved too, especially around consent. Families are overwhelmed and distressed when their child is critically ill, so how to best facilitate informed consent is a problem? Indeed, is consent always necessary? Can it be withheld? How should the diagnosis of a genetic condition influence decisions by treating clinicians and by families? Is rapid genomic testing a fair use of resources? All these are important and difficult questions.

“There are still many challenges to be faced, not least finding a way to quickly transition successful research programs into the clinical setting, but we believe our work has shown that ultra-rapid WGS has diagnostic, clinical, and economic benefit on a national level,” says Prof. Stark. “We hope that our approach will soon become part of mainstream diagnostic practice not just in Australia, but also further afield.”